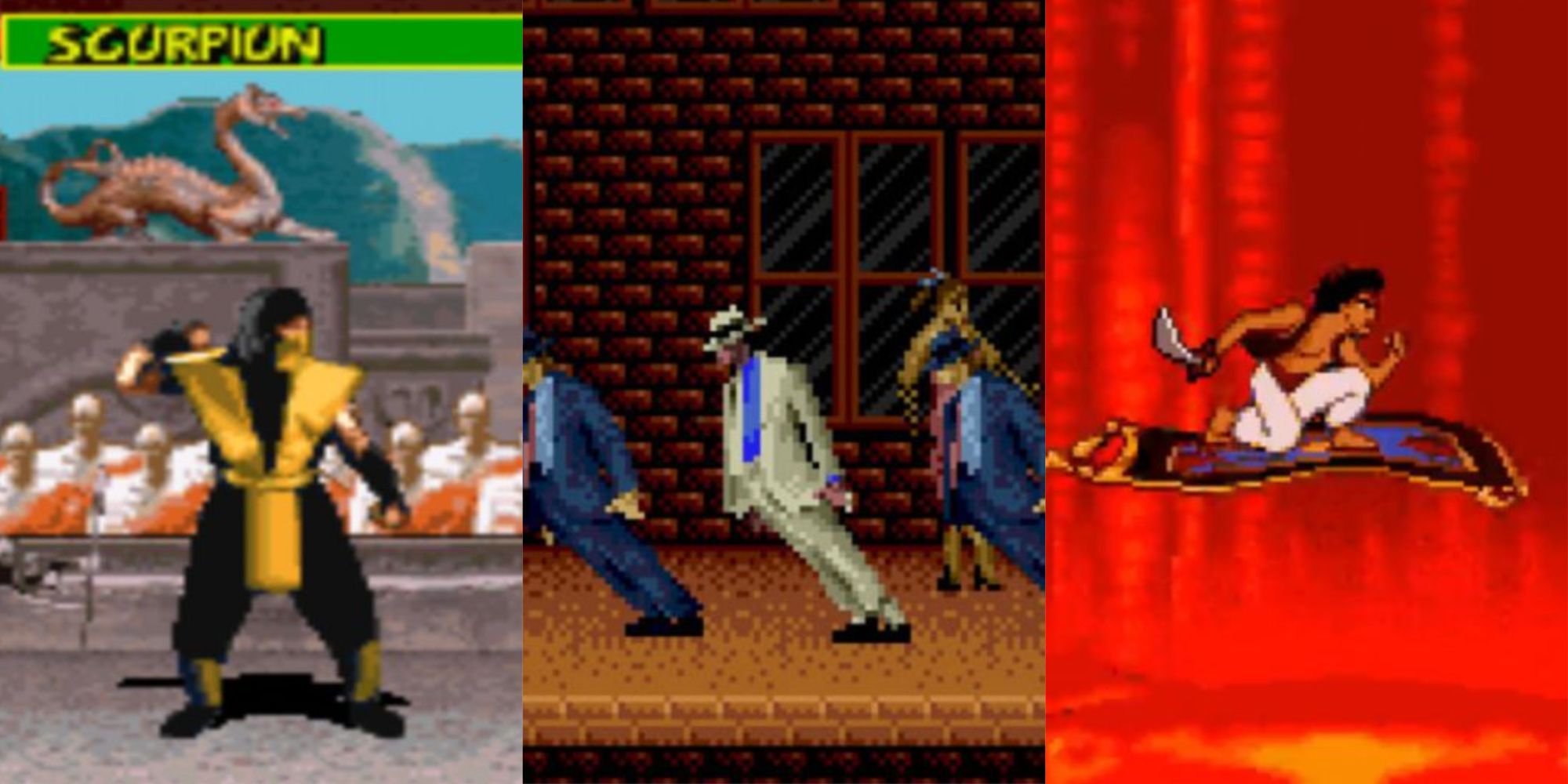 Since the much-celebrated announcement of the Sega Genesis games on Nintendo Switch Online, Nintendo has continued to add beloved console classics that captured the hearts and minds of 90s kids everywhere.

Related: Games For Sega Genesis That Can Actually Be Beaten

From the likes of Golden Axe, Contra: Hard Corps, Sonic the Hedgehog 2, and Castlevania: Bloodlines, Nintendo has already included a decent showcase of the best the Genesis had to offer. Still, there’s a long way to go to fill out its fantastic catalog of games, and there’s still plenty more to add to appease the nostalgic gamer in all of us. Here are some of the best Genesis games we’d like to see added to Nintendo Switch Online in the future.

In the 90s, video games were dominated by Nintendo and Sega, while the music world was completely devoured by the late Michael Jackson. The King of Pop had a very well-known love for video games, and it came as no surprise when those two worlds collided with the release of Michael Jackson’s Moonwalker.

Based on his hit music video for the film Smooth Criminal and Moonwalker, the game puts you in control of a super-powered Jackson as he spins and crotch-grabs through a set of five levels, battling baddies with power. dance. While it’s not the most well-received Genesis title, it would still be great to see it come to Nintendo Switch Online – if only to hear some of Jackson’s most famous hits burst into glory. 16 bit.

OutRun was a classic arcade driving game with vibrant visuals and a killer soundtrack. Unlike other racers released at the time, the only person you race with in OutRun is yourself, as you aim to beat your own time for longer periods of riding in the sun.

You take control of a slick red convertible and speed through various locations in stunning 3D style graphics. You get a real sense of speed as the world rushes past you – just make sure to avoid all obstacles or your car will crash, flip and roll dramatically, ruining your score and your day.

Ms. Pac-Man was another beloved fast-paced arcade game that faithfully carried the prized circular chomper to Sega’s Genesis system, and would be a great addition to Nintendo Switch Online.

Related: PacMan: The Weirdest Origin Stories According To Fan Theories

More than just a port, the game’s assets have been rebuilt from the ground up and completely redesigned to add more depth and visual flair. Faster than her male counterpart, Ms. Pac-Man is a blast to play and was the perfect way to experience polished classic Pac-Man gameplay from the comfort of your own home.

Shadowrun is a top-down Cyberpunk blast from the past that takes the best elements of tabletop RPGs and applies them to fun futuristic action role-playing with real-time combat.

The game is hugely atmospheric and a joy to explore, as you roam a cyber-themed fantasy world, level up your character with its deep leveling system, and engage in its responsive combat on your journey to death. revenge. The Switch may not be able to run Cyberpunk 2077 anytime soon, but it’s a pretty unforgettable experience that’s close to its roots and sure to please fans of the genre.

6 Dune: The Battle of Arrakis

When Dune: The Battle For Arrakis first came out, it was a breath of fresh air for real-time strategy games, becoming one of the most important titles in the history of the genre. You are tasked with fighting for resources (namely, Spice) on the harsh planet of Arrakis, and can choose between one of three noble houses of Atreides, Ordos, and Harkonnen.

There was a time when RTS games were reserved for PC users, but Dune’s more streamlined experience on Genesis has had a significant impact on every RTS console that has followed it. It brought with it many core elements of the genre that are still used today, including resource gathering and a global world map. With renewed interest in Dune, it would be a fantastic time for Nintendo to add it to its online collection.

This whimsical side-scrolling adventure lets you take control of the iconic Mouse on her valiant quest to save Minnie Mouse from the evil witch, Mizrabel. You must defeat enemies with a well-timed smash and collect all gems while exploring unique themed levels.

Related: The best platformers on the Sega Genesis

It’s a colorful adventure that has beautiful music and animations that look like they’re straight out of a Disney movie. The platforming is more methodical than Mario or Sonic, its slower pace allowing you to enjoy its beautiful art in all its glory. Disney games are sorely lacking on Nintendo Switch Online, and it would definitely be a great starting point for Disney fans.

Standing face to face with some of the best Genesis had to offer, Aladdin was more than just a movie game. This action platformer let you run, jump, and smash your way through a variety of levels straight from the movie, and had precise controls that made it a joy to play.

The visuals were impeccably gorgeous as the assets were hand-drawn by real Disney animators, which were then scanned. The movements and design of the Disney classic have been faithfully recreated, and the result is one of the most beautiful 2D games of the time.

The original Earthworm Jim answers the age-old question of what would happen if your usual backyard earthworm was merged with a run-and-gun-toting superhero. It’s as goofy and fun as it sounds, and the titular character went on to become one of the most iconic video game protagonists of the ’90s.

Developed as a parody of popular platform games of the time, it had a hilarious tone that didn’t take itself too seriously. You had plenty of options for defeating your foes, with a gun to shoot your foes and using your wormhead as a trusty Indiana Jones-style whip for combat and traversal. The animations are smooth and look like a Saturday morning cartoon come to life.

Despite being released on flagship Sega and Nintendo systems, the Genesis version of Mortal Kombat came out on top. Its more responsive controls were arguably more true to the gameplay of the arcade experience.

The Genesis version also had less censorship on the explicit gore it was known for, which was good news for fans of the viscerally brutal Fatality animations. Although Mortal Kombat 2 is often considered the best of the series, it would be fantastic to have access to the game that started it all, in order to honor Mortal Kombat’s immortal legacy.

Sonic the Hedgehog 3 once again takes the super-fast and lovable ball of blue fur on another unforgettable quest to thwart the evil Dr. Robotnik. The game introduced the iconic Knuckles character and improved upon previous Sonic titles with much larger stages and more robust game mechanics.

There are plenty of other options available to you when it comes to zooming beyond the incredibly detailed levels. You have more shield variants that grant access to certain powers, improving combat and movement, as well as new special stages with unique gameplay. With the ability to play as Sonic, Tails, and Knuckles, Sonic 3 would proudly sit next to Sonic 2 in Nintendo’s retro collection as one of the best games ever released on the system.

NEXT: Game Consoles Known By Many Names