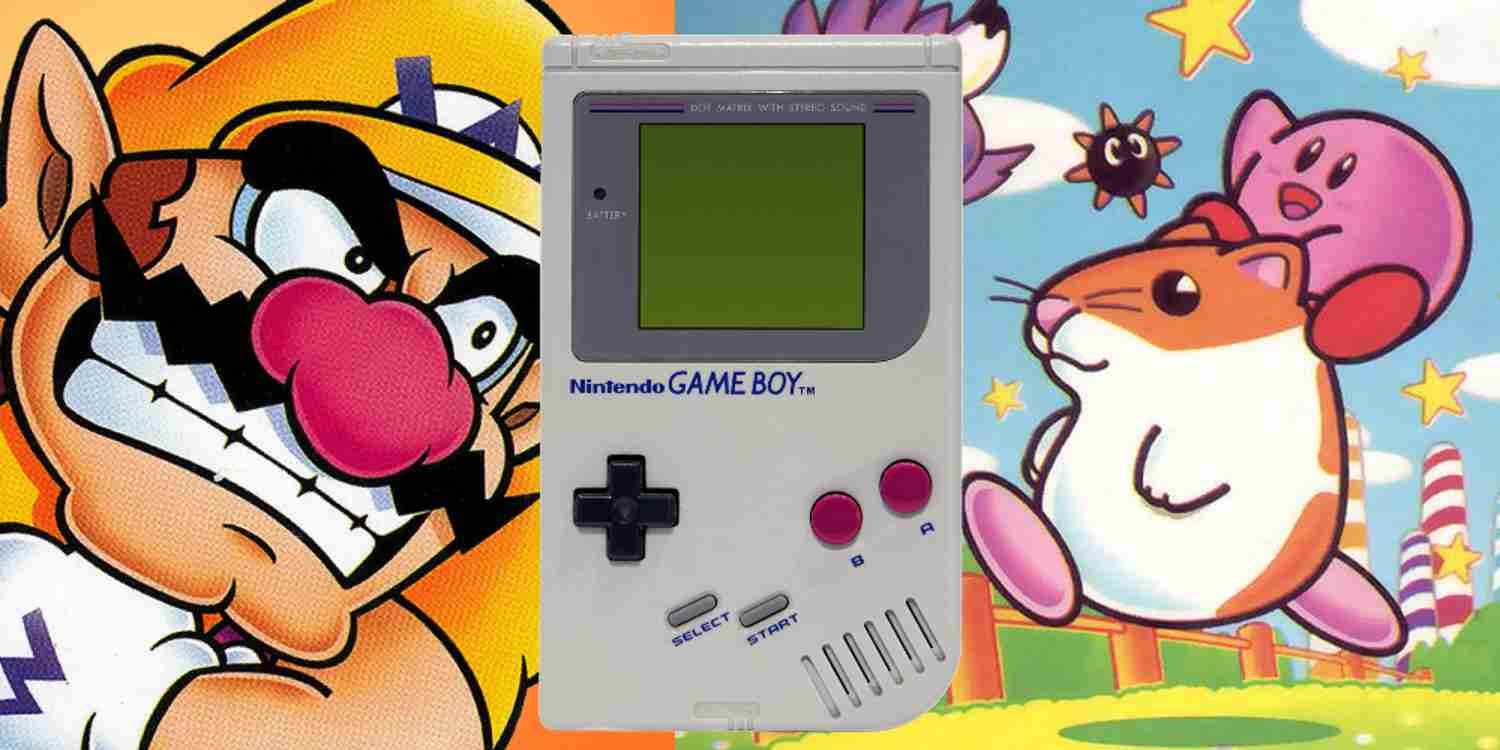 The Nintendo Switch remains one of Nintendo’s biggest hits, as the console-handheld hybrid system is doing well despite its fifth year. Last year saw new installments in franchises like Pokémon, Kirby, and Wario. That’s pretty fitting, because all of these series started on Nintendo’s original handheld, the Game Boy.

The Game Boy is often seen as an underdog despite being a revolution in handheld gaming. Its successor, the Game Boy Color, is generally considered to have better games, but the original shouldn’t be underestimated, however. It has games with great graphics and gameplay that are still impressive to watch even now.

This Game Boy title started life as a completely different game called MIDI Maze. It was developed by Xanth Software for the obscure Atari ST personal computer. It was released in 1987 as one of the earliest examples of the first-person shooter and was still technically impressive even when ported to the Game Boy as a Faceball 2000.

The player navigates a simple 3D maze made up of untextured walls. Enemies and bullets are also rendered simply, being smiley faces and bullets respectively. The port was praised for having more complex enemy AI than the original and a two-player mode. While that’s nothing compared to modern shooters, it’s incredibly impressive for the Game Boy to run it.

The Mega Man games on the Game Boy are fun, but most of them can be confusing for fans. Although having the same names as the NES titles, 1-4 on Game Boy are actually new games featuring old mega man bosses. Players might get frustrated with these remixes and crave an entirely original experience. Mega Man V is just that, with a unique plot and mechanic.

The plot sees Mega Man soar to the stars to battle a new variety of space-themed robots. There are new mechanics too, like the new Super Arm Weapon and it introduced the robotic cat Tango, which would become a mainstay. The game is arguably as good as the NES classics, if not more unique than most of them.

The Gradius is the king among the shoot-em-up game genre. It’s known for its accessible yet challenging side-scrolling shooter action with intricate power-ups and boss fights. It was one of the first games to incorporate weak points and options into the gameplay. Given the series’ technical complexity, it’s surprising to learn that it features two Game Boy episodes.

The second of them, The Interstellar Assault (A.K.A Nemesis II), is certainly the most technically impressive. The game replicates arcade shooting with very little lag. In fact, the game offers bonuses that speed up the game instead. Other than the color scheme, the game is basically identical to the franchise’s other offerings.

The Kirby the series actually started on the Game Boy with the original Kirby’s Dreamland. Despite being the best-selling game in the series, the sequel is perhaps more impressive than the original. It brings Kirby’s copy ability from the NES game. It also features a larger selection of levels than the original game.

RELATED: 10 Hilarious Memes That Sum Up The Kirby Games

It is much better graphically than its predecessor as the backgrounds have lots of shadows and details which were not present before. The final battle even incorporates scrolling elements. The biggest appeal, however, is that Kirby has three new animal friends in this game that come with their own unique abilities.

The iconic Castlevania is known for the Belmont family legacy, featuring a suite of different protagonists. Child Dracula is quite unique among Castlevania games, however, as the player controls Dracula’s son instead. Whether this character is the famous Alucard is vague, but it doesn’t matter. The game is a classic Castlevania experience while maintaining a unique cartoon charm.

This has a much cuter art style and sensibility than the others Castlevanias. There is more traditional Castlevania games on Game Boy, such as the adventure. These games are rather slow, however. Child Dracula is much faster, with tough bosses and no gimmicks or lost ideas from the main titles, even if it’s a bit silly.

V-Rally was first released as a racing game on the original Playstation. It spawned a fairly popular series on the console, but there was also a port on the Game Boy, of all things. Championship Edition even featured the console version’s Arcade and Championship modes.

What really sets it apart, however, are its pseudo-3D graphics. Sounds like games like SEGA’s Exceed but has a more compelling depth of field. There are four cars and 10 tracks to choose from. An updated version was released on Game Boy Color, but it is not backwards compatible with the original Game Boy version for multiplayer.

Wario made its Game Boy debut in Super Mario Land 2. This game is fantastic, but the character came into its own in the Wario Land series. There were two Wario Land games on the original Game Boy, but the sequel is more impressive as it completely reimagined the gameplay of the series.

RELATED: The 10 Funniest Wario Memes Ever

Wario cannot be harmed and die from damage in this title, merely being hampered by enemy attacks. This turns the game into a dynamic puzzle game. Wario transforms and reacts to enemy attacks in fun and complex ways. The game also features charming visuals that made it one of the best looking games of the original Game Boy.

The donkey kong country was one of the best of the Super Nintendo as it featured groundbreaking graphics and sound for its time. Somehow, the developers at Rare managed to take those qualities and put them on the Game Boy. The Land of Donkey Kong The series was a series of ports/sequels to the SNES games that reused a lot of similar ideas.

That’s not a bad thing, because those games were iconic for a reason. Some technical compromises had to be made though, such as removing the ability to control two Kongs at once. The levels are also often different, which makes it a unique place DK experience that fans should try if they haven’t.

This game was only released in Japan, given publisher SNK’s financial difficulties at the time. It’s a shame that’s not the case, because it’s one of the most impressive games on the handheld. samurai fight is a fighting game franchise known for its tight control and precise gameplay. Although it was on a handheld, it mimicked those things well.

Ironically, while console versions of III are notorious for high lag, it’s not as bad on Game Boy. That’s impressive considering the game includes violent blood effects that are absent from most handheld versions. The game has a smaller roster than other versions, but also adds the additional character Jubei. It is a curiosity, certainly, but certainly impressive.

Released in 1992, X was a space shooter developed in part by Argonaut Games, the creators of star fox. It was one of the first attempts to bring 3D graphics to the handheld. The player watches from a cockpit a series of vector 3D levels. Stages had a variety of objectives, such as defeating enemies or securing specific checkpoints.

While these missions can be difficult for the player (played in the role of a trainee pilot for the VIXIV spacecraft), the radar makes it much easier. There are 10 missions and the player can receive stars on each of them. The game received mixed reviews at the time for its intense difficulty. The graphics, sound, and especially the music were all highly praised, making this Japan-exclusive title one of the platform’s most unsung heroes.

NEXT: 10 Game Boy Titles That Need To Come To The Switch