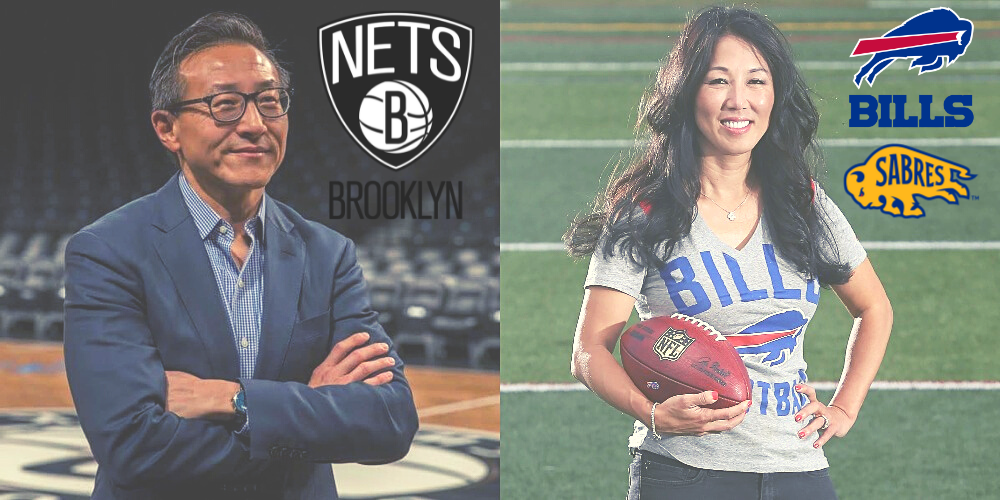 From 1991 to the present, we would go from zero Asian owners in major American sports to 6, including one woman. So what has changed? We can all turn to a small Japan-based video game company that decided to take a big risk.

Businessman and then Nintendo president Hiroshi Yamauchi became the first Asian-born owner of an American professional sports franchise when he bought the Seattle Mariners from MLB in 1992.

His administration would go on to transform the franchise with the likes of Ken Griffey Jr. and they even paved the way for the first Japanese star to break into American sports and achieve success with Ichiro Suzuki in 2001.

This move also paid off as Suzuki is considered one of the greatest baseball players of all time. He might never have had the opportunity to showcase his talent on the world stage without this deal.

July 1st marks the 30th anniversary of this historic event that changed the game and while they may not own the Mariners anymore, Nintendo really did.

The presence and influence of Asian leaders has been imperative in opening more doors for the Asian community. These 6 current Asian franchise owners in American professional sports are leading the way

Kim is a Korean-American businesswoman born in Seoul. At 5 years old, she was adopted by an American family and it goes without saying that she was very successful. In 2011, she and her husband purchased the NHL franchise, Buffalo Sabers. And they wouldn’t stop there.

Three years later, they would also buy the legendary Buffalo Bills from the NFL. In 2018, she officially became president of Pegula Sports and Entertainment, making her the first female president in NHL and NFL history. His presence as an Asian-American sports owner not only helps pave the way for people of color, but women as well.

Shahid Khan is a Pakistani-American tycoon. In 1967, at the age of 16, Khan moved to the United States. He would go from doing dishes for $1.20 an hour to earning an engineering degree.

Khan excelled in the automotive industry and bought the Jacksonville Jaguars in 2011. Becoming an Asian sports owner, in 2012, he made the cover of Forbes magazine as the face of the American dream.

Dr. Edison Miyawaki was born in Honolulu, Hawaii and raised in Hiroshima, Japan. He then attended high school in Hawaii, then played baseball at Loyola.

“Doc” has always been a sports enthusiast and even before becoming one of the few Asian sports owners, he helped help Hawaiian student-athletes achieve their athletic dreams.

In 1994, he became the first Japanese American to acquire a stake in an NFL franchise. He became a minority owner of the Cincinnati Bengals and also invested in the Boston Celtics of the NBA.

Vivek Ranadive is an Indian-American business executive and philanthropist. He grew up in Mumbai India and showed a high level of intelligence at a young age.

He would go on to graduate from MIT with a bachelor’s and master’s degree. Vivek would also go on to earn an MBA from Harvard Business School. In 2010, he became the first person of Indian descent to own an NBA franchise, the Golden State Warriors.

In 2013, he would sell his share of the Warriors and Vivek and his partners would buy a majority share of the Sacramento Kings. He also currently serves as president of the franchise. It’s crazy that he arrived in a position of Asian sports owner because he never touched a basketball until he was 40 years old.

Joseph Tsai was born in Taiwan and later became a naturalized citizen of Canada. Tsai would attend Yale and become a successful lawyer.

His journey took a random turn and through his network he partnered with Jack Ma and eventually became the Executive Vice President of Alibaba. In 2019, Tsai and his wife Clara would become the majority owners of the Brooklyn Nets.

They also led the group that owns the WNBA team New York Liberty as well as the MLS LA FC franchise. To say that Tsai is taking on the role of Asian sports owner would be an understatement.

Warren Woo is the founder of Breakaway Capital Holdings of the National Hockey League. In 2007, his group took possession of the Nashville Predators. A graduate of UCLA and Stanford, he discovered a love for hockey while attending LA Kings games in the late 80s.

Warren is a true sports fan and supports and advocates for the creation of additional opportunities for people of color and for socio-economically disadvantaged groups. He’s not shy about being open about his Asian pride.