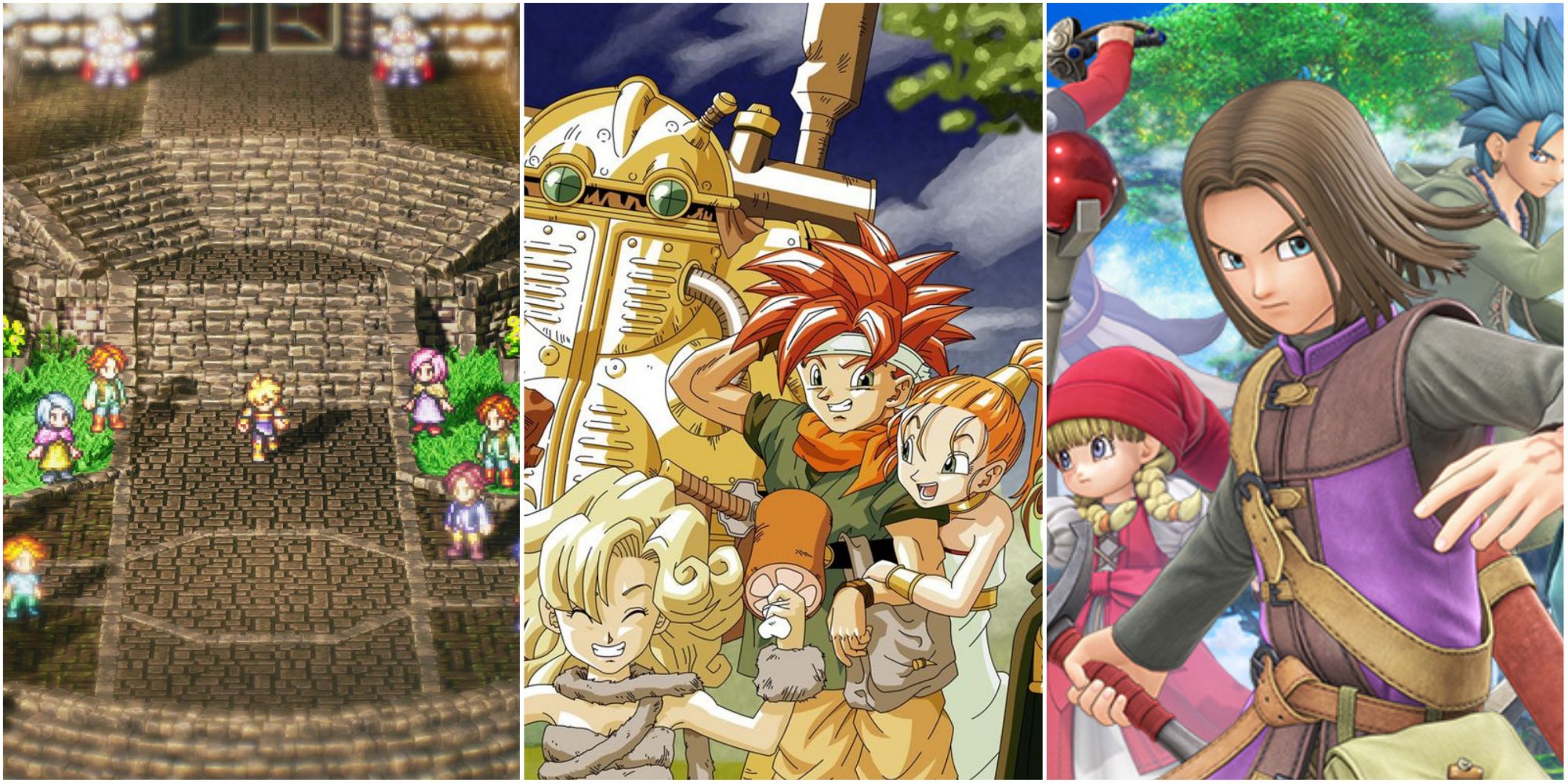 Released in 1995 by Square Enix (then Squaresoft), Chrono Trigger is widely regarded as one of the best JRPGs on the SNES and of all time. The story and characters of Chrono Trigger have created an unforgettable experience, taking you through many time periods to achieve your ultimate goal of defeating Lavos.

Chrono Trigger’s strengths make it hard to find games that reach the same heights; however, there are other games that evoke this sentiment for similar reasons. From their gripping storylines, fast-paced combat systems, and soulful soundtracks, these RPGs have earned their place alongside Chrono Trigger among the genre’s best.

Both Chrono Trigger and Secret of Mana were developed by Square Enix in the early to mid-90s, so they have some similarities. Although these two games have similar concepts, Secret of Mana has its own identity with a fast-paced combat system reminiscent of The Legend of Zelda.

Secret of Mana received a remake, replacing the 2D style with 3D graphics; however, if you’re a fan of Chrono Trigger’s 2D art style, you’ll probably want to choose a port of the original instead.

6 Which path will you take first? : Octopath Traveler

Octopath Traveler is an RPG developed by Square Enix, where you can play eight characters, all with individual scenarios, and complete missions in this rich and beautiful world. This game was unanimously acclaimed for its HD-2D graphics which revitalized the 2D style, as well as its masterful score composed by Yasunori Nishiki which energizes you and prepares you for battle.

Final Fantasy 6, also known as Final Fantasy 3, was released in 1994 and has remained relevant in the RPG sphere, being often cited as one of the best games in the series. The game centers on the opposing Gestahlian Empire and a rebel group known as the Returners.

Although Terra Branford is the first playable character you control and one of the standout characters in the cast, the game is designed to have no real main character. The game actually has 14 playable characters to meet, giving you plenty of room to experiment when it comes to party composition. If you’re a fan of classic RPGs like Chrono Trigger and haven’t played Final Fantasy 6, you’ll want to check this one out.

4 Radiant as its name: Radiant Historia

A turn-based RPG published by Atlas on the Nintendo DS, Radiant Historia has a plot involving time travel (much like Chrono Trigger, as you probably know). Similar to Chrono Trigger, the game also has an amazing storyline and cast of characters that are sure to keep you hooked.

The game’s soundtrack features music composed by Yoko Shimomura, best known for her work on Final Fantasy and Kingdom Hearts, so you’ll enjoy listening to the score as you play the game. Radiant Historia has multiple endings, and this concept goes a long way. hand in hand with its time travel mechanism. These endings are determined by the choices you make, giving you plenty of content and reasons to replay the game.

Originally created as a successor to Chrono Trigger, Xenogears has a complex world just waiting to be explored and a storyline that covers a multitude of topics, ranging from religion to human psychology. One of the highlights of the game is the use of Gears (mechs), which can be used to fight enemies and put an interesting twist on the combat system.

The eleventh installment in the Dragon Quest series, Echoes Of An Elusive Age features all the core elements of a classic RPG fantasy story, translating them for modern audiences in a way that still manages to stay fresh. The game’s standalone story also means you don’t need to have played any of the other games in the series to enjoy this entry; However, if you are an RPG fan, it is also worth looking for them.

Of course, the most obvious similarity between Dragon Quest 11 and Chrono Trigger is that both games’ character designs were created by Akira Toriyama. But Dragon Quest 11 also has an impactful storyline and characters you can connect with to back it up as well.

First released outside of Japan on the Nintendo Switch as an HD-2D remake, Live A Live has a history that branches out through time periods, such as the Wild West and Edo Japan. If you enjoyed exploring each of Chrono Trigger’s different moments, you’ll love Live A Live’s segmented narrative.

If that wasn’t enough, Live A Live and Chrono Trigger even share the same director, Takashi Tokita. If Chrono Trigger were to ever receive a Live A Live-style remake, it would only enhance its stunning graphics and introduce this classic to a new generation, much like the release of Live A Live did.

Next: RPGs That Still Aren’t On Nintendo Switch (But Should Be)