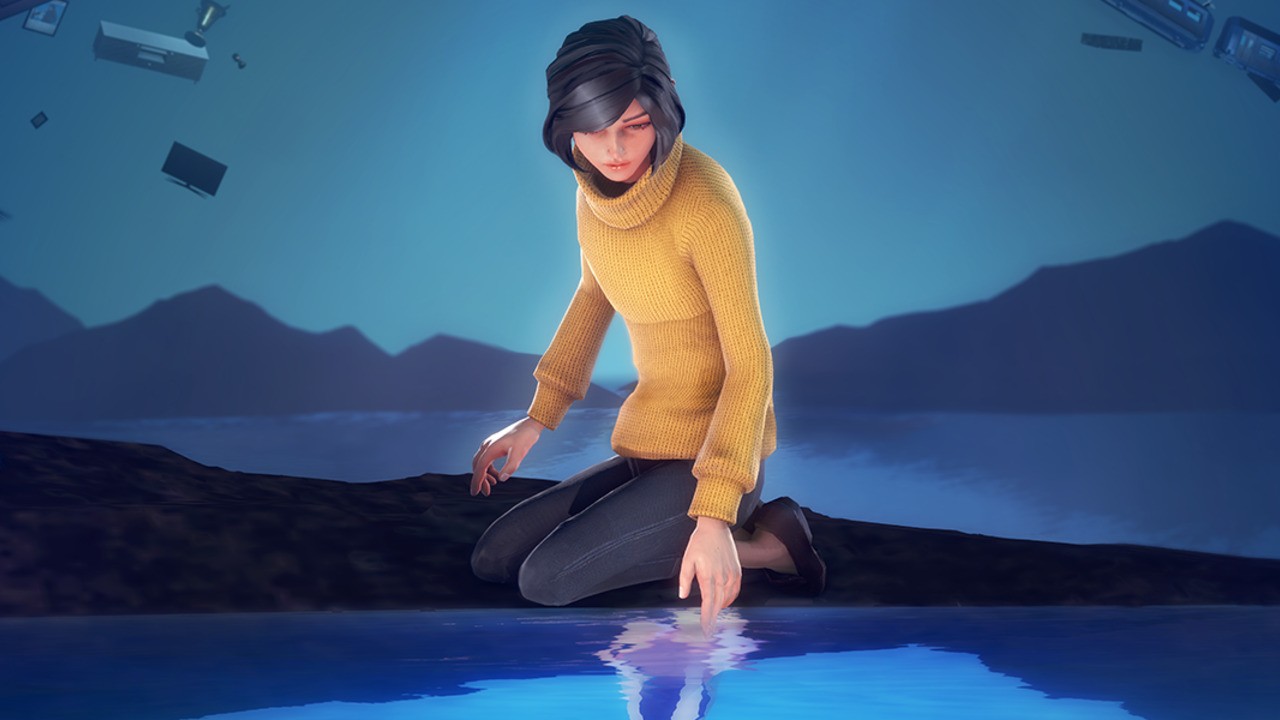 We’d be lying if we claimed that we hadn’t experienced any awesome games published by Annapurna Interactive in the past; What Remains of Edith Finch, Outer Wilds and Sayonara Wild Hearts only scratch the surface of critically acclaimed titles that have passed through the doors of their avowed art games. The successful factory, as it is, seems to be in a bit of trouble lately. The highly anticipated twelve minutes were the wettest of the wet squibs, your mileage will absolutely vary with The Artful Escape and now we have A Memoir Blue, an “interactive poem” (red flag emoji) about a competitive swimmer’s relationship with her mother.

Is that too cynical? May be. We’re concerned that these soul-searching games – while certainly having their place in this hugely diverse and joyful pastime – need to offer a bit more meat on the bone to be truly worth it. And we’re not necessarily talking about their core gameplay; from a story perspective, it’s a flabby experience, in addition to being mechanically uninteresting. You can forgive one, but not both.

This is the real nail in the coffin of A Memoir Blue; if it was a movie, it would be pointless. The “gameplay” here (oof, we put gameplay in scary quotes, that’s never a good sign) basically consists of, tinker. Let’s take a look at the first scene — you’ll see your character (Miriam) receive a medal for a swimming competition, and you’ll use the left stick and buttons to move the assembled press microphones around and take pictures. Miriam jumps at the flashes of the camera. Could this possibly indicate discomfort with success! ? Then you’ll rummage through Miriam’s bag and receive text messages in an obfuscated, Wingdings-esque language. Could this be somehow related to communication problems? The next segment, in which you tune into a radio that displays various abstract scenes, rather drives that point home. Sounds a little bland and obvious? You’d be right, but that’s okay — you’re almost 10% of the way through the game already.

Yes, in addition to being a rather heavy and obvious piece of software, A Memoir Blue lasts just under an hour. It’s probably not the worst decision, all things considered, but if it doesn’t grab you in that short amount of time, there’s not much to recommend here. We’d say some of the visual design is interesting – and there’s an unmistakable skill in the compositions – but it’s in service of something that just didn’t hook us. There’s some nice multimedia stuff where 2D animated flashbacks pop up next to fully CG Miriam, but they just made us feel like they’d given up on being esoteric and just decided to show us what happened passed instead.

It’ll probably be presented as anti-intellectual in some way, or part of the crowd screaming every time they see a “walking simulator” (a grossly reductive label), but really, that’s just is not good art. Of course, it’s subjective and sure, maybe you’ll be deeply moved in a way we didn’t experience, but we bet that’s unlikely. It’s a game that seems to unfold and then just… die down without a major reveal or any real hook. What’s a generous word for that? Meditative. It’s meditative. Really meditative. A bit like… sleeping.

How to Play Retro Games on a Wii