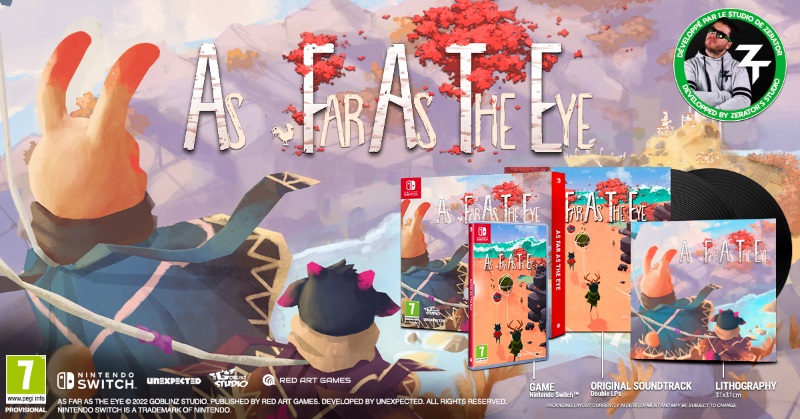 As far as the eye can see on Switch

Goblinz Publishing and developer Unexpected revealed today that As Far As The Eye is coming to Light switch. The roguelike turn-based resource management game will be released on September 10, 2022.

In As Far As The Eye, players will need to build a mobile village and travel with their tribe to the center of the world to a place known as The Eye. It has procedural situations, natural events, skill trees, and hard choices. Expect a new adventure every time as part of the game’s Roguelike tribe system. Various modifiers are also included, such as duration, stop size, resource generation, and more. Interestingly, the game has no enemies.

You play as the wind guiding the students, a tribe that must reach the center of the world. The game will make you manage their resources, their buildings and their lives. Students will need help becoming wiser through farming, crafting, scientific and mystical research before the world is overwhelmed.

A trailer for As Far As The Eye can be found below.

As Far As The Eye will be sold digitally on Switch, but also in physical thanks to Red Art Games. There will be a standard version limited to 2,900 copies as well as a limited edition limited to 950 copies. The latter includes a double LP album of the game’s original soundtrack (22 tracks) on vinyl, a lithograph signed by streamer ZeratoR, and a collector’s box. Pre-orders are open from today on the Red Art Games website here.