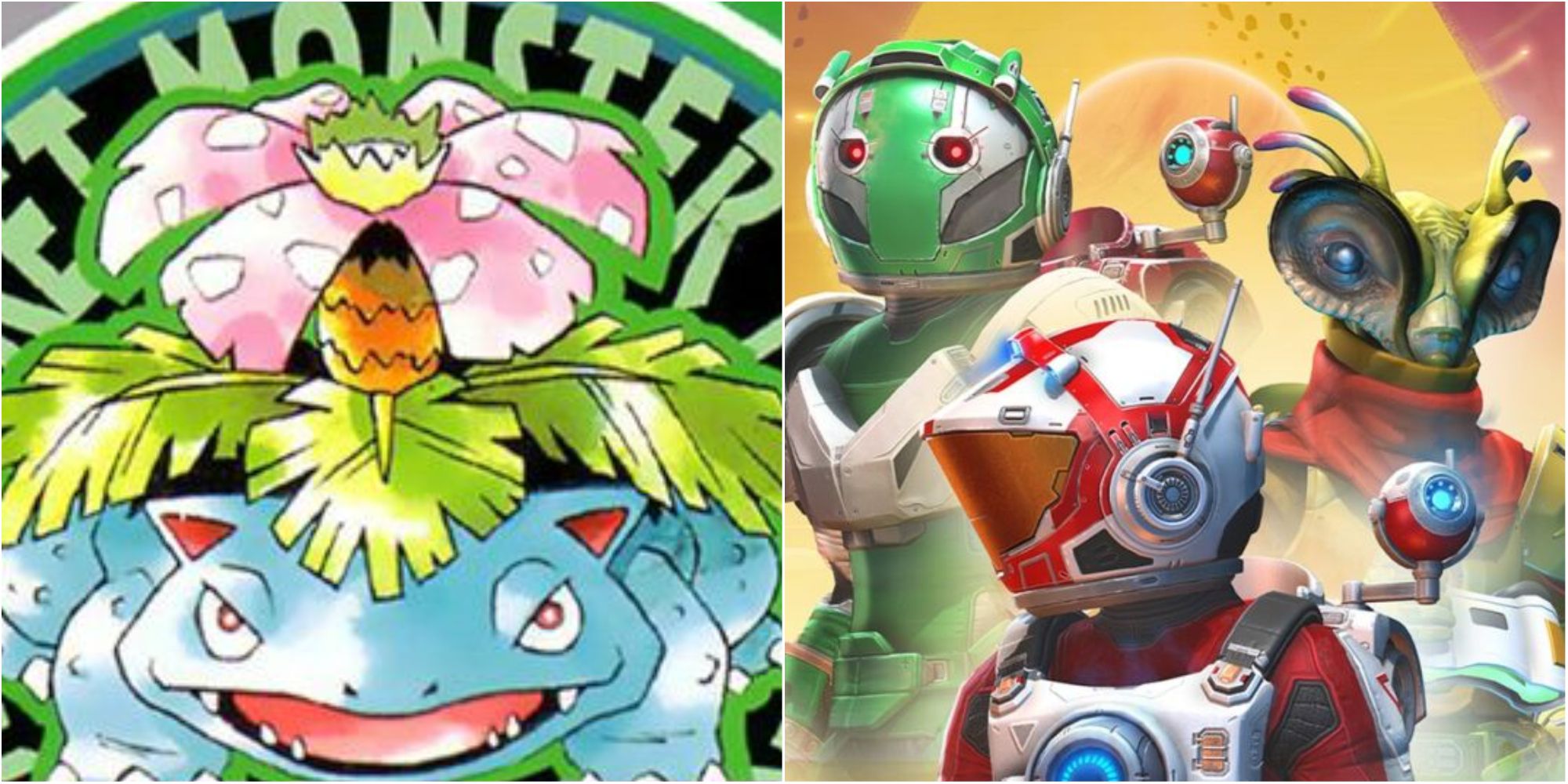 Although not always exclusively multiplayer, trading mechanics became more popular when two consoles with the same game or related games could connect using the correct peripheral, such as the Game Boy using the Game Link cable. Nowadays, multiplayer trading is done wirelessly, and some single-player games still include trading mechanics, but only some can be considered the best.

No Man’s Sky may have had an infamously rocky launch, but many years later it’s become one of the most well-known and notable comeback stories in video game history due to all the added content. .

One of the added content elements was the ability to interact with other players besides NPCs, a valuable resource when collecting rare materials from different planets needed to create various technological equipment. Due to each player’s different experiences at the start of the game, you might have materials that another player needs to complete a quest, but is having trouble finding.

While even critically acclaimed MMOs like Final Fantasy XIV don’t have multiplayer trading, a handful still do. Warframe is one such game, as it features trading between NPCs and other players in specific areas such as Maroo’s Bazaar or Clan Dojos.

As in other games with similar mechanics, some items are not tradable, but there are still plenty of them, including core Warframe parts and certain weapon types. A trade tax also changes depending on an item’s rarity and can range from 2,000 to 100,000 credits. So you need to make sure you have enough credits to pay the tax if you really want this rare item.

Although Link’s Awakening is a single-player game, one of the things it’s best known for is its trade streak quest which allows Link to earn and trade items with a variety of NPCs throughout the game.

RELATED: Classic Games Vs. Their remakes: what makes them different?

The quest begins when Link obtains a Yoshi doll from a house in Mabe Village, then he interacts with over ten different NPCs throughout the game as he has obtained an item he wants or needs. Completing this trade streak is also how Link acquires the Boomerang and Magnifying Glass – two very useful items to help players complete the rest of the game.

The beloved strategy JRPG Final Fantasy Tactics Advance lets you log in, trade items and party members, fight against and alongside other players, and gain access to exclusive missions and items. This trading mechanic is useful when you’re having trouble in a particular battle, as another player might trade you powerful party members and useful items to give you the upper hand.

Most modern strategy JRPGs don’t use mechanics like this these days, but it would be great to see it return one day.

The Yu-Gi-Oh! Trading Card Game has the word trading in its name, so you’d expect most games based on it to feature some sort of trading mechanic. Interestingly, many video games based on Yu-Gi-Oh! lacks a proper trading mechanism, perhaps due to the fact that most older titles have a password system allowing you to use the cards you own in real life.

However, Yu-Gi-Oh! World Edition: Stairway To The Destined Duel for Game Boy Advance, known as Yu-Gi-Oh! Duel Monsters 6 Expert 2 in Japan, included a trading mechanic and followed real-life rules more closely than its predecessors, despite being based on the Battle City arc of the original Duel Monsters series.

While Dragon Quest III originally didn’t have a trade mechanic when it debuted on the Nintendo Entertainment System, the Game Boy Color version, considered the best version by many fans, added one. Monster Medals could be collected by defeating monsters; however, defeating a monster didn’t always guarantee it would drop a medal – luckily you can trade with others to get the medals you need.

Monster Medals are divided into three categories – Bronze, Silver and Gold – with Bronze being the most common and Gold being the rarest. Although these medals are primarily for collection, they are also needed for the second bonus dungeon. Monster Medal trading is also the game’s only multiplayer feature.

A Pokémon-like spinoff series of Dragon Quest, partially based on the monster recruitment mechanics introduced in Dragon Quest V, the first Dragon Quest monsters released for Game Boy Color in Japan in 1998 and in 2000 in North America and Europe, where it was known as the Dragon Warrior Monsters.

The two-version sequel, Dragon Warrior Monsters 2: Cobi’s Journey and Tara’s Adventure, respectively, launched for Game Boy Color worldwide a year later and introduced trading mechanics to the spin-off series. Unlike Pokemon, no monsters were version-exclusive and only had different rarities in each game, so trading was always useful to collect all the monsters.

Of course, a video game based on the Pokemon Trading Card Game would trade; if not, they should call it the Pokemon Battle Card Game. Known as Pokemon Card GB in Japan, only the original Game Boy Color version of the game had multiplayer trades, as the Nintendo 3DS Virtual Console version locked out all multiplayer functionality.

The first Pokemon Trading Card Game also cannot connect with the Japan-exclusive sequel Pokemon Card GB2: Here Comes Team GR!, but all the cards from the first game are still available in the second, as long as you have them. obtained.

The mainline Pokemon games are the most obvious games with trading mechanics – trading is a feature of each. There are always a few trades in the game that you can participate in, you can trade with other players locally and on the internet, and you can send Pokemon between generations. For example, in the second generation games, the Time Capsule used time travel to send Pokemon back to the first generation games (as long as they existed in the original generation).

A handful of Pokemon also need trades to evolve; you just have to make sure they’re swapped out if you want that evolved form. If you don’t want to deal with the hassle of trading, however, games like Pokemon Legends: Arceus feature the Linking Cord, an item that allows you to evolve Pokemon such as Machoke and Haunter without trading.

Next: Pokemon Green: Differences It Had With Red And Blue