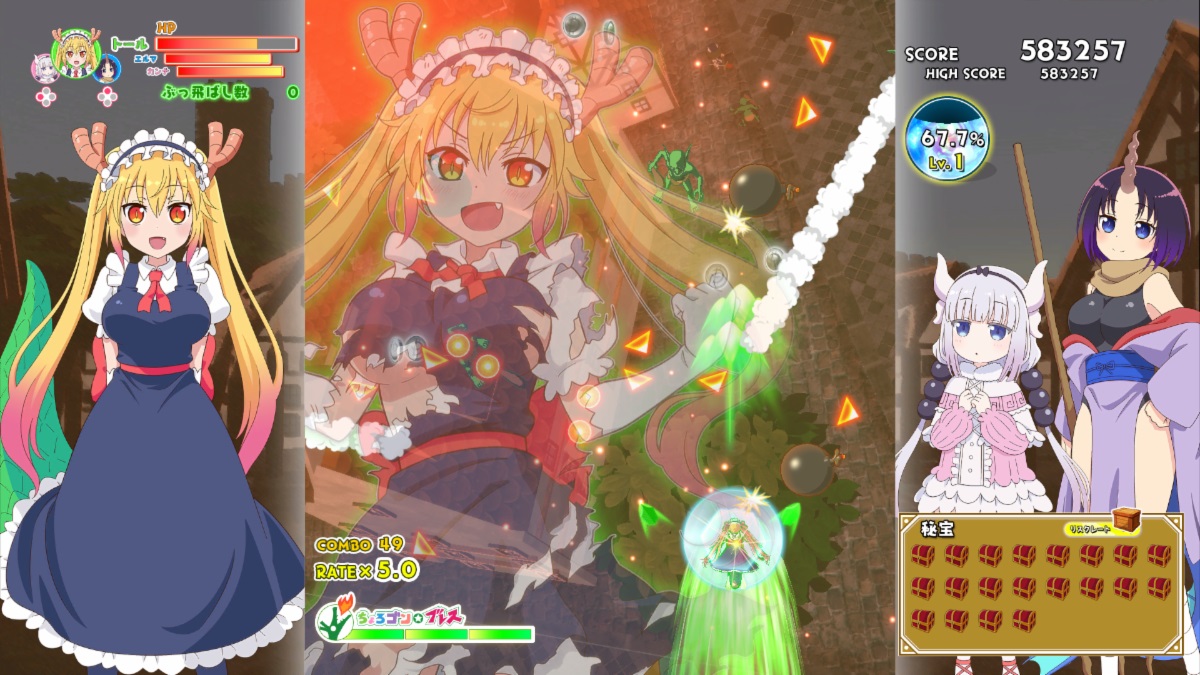 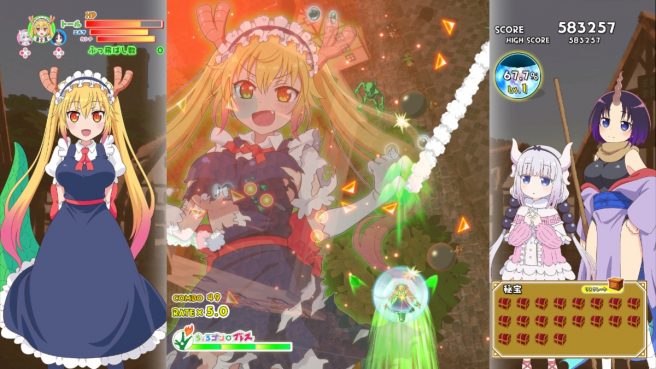 Miss Kobayashi’s Dragon Maid: Explode!! Choro-gon breath now has a release date in the west. In North America and Europe, the title will be available on August 25, 2022.

Miss Kobayashi’s Dragon Maid: Explode!! Choro-gon Breath was originally released for Switch in Japan last March. It’s a light-hearted shoot’em up where the dragons and Miss Kobayashi must combine their powers to escape after being abducted by a cursed PC.

Here is some additional information:

After receiving an encrypted email, Miss Kobayashi and her maids go to Takiya’s house to investigate. There they are mysteriously (and dramatically, let’s face it) sucked into the PC. Help them clear the stages by banding together and using their wits to defeat the computer. Using the three-pronged attack system of long range, melee, and the unique and deadly Choro-gon breath weapon (they’re dragons, get it?), you’ll annihilate the enemy! Combine the Power of Three with the Tag System using Tohru, Kanna, and Elma to tackle each stage with support from Kobayashi. There is no enemy they cannot defeat! Under certain conditions, activate Dragon’s Raging Spark to deal even more deadly damage! As you progress, collect 30 unique commemorative coins of your friends’ precious daily lives in beautiful artwork created especially for the game!