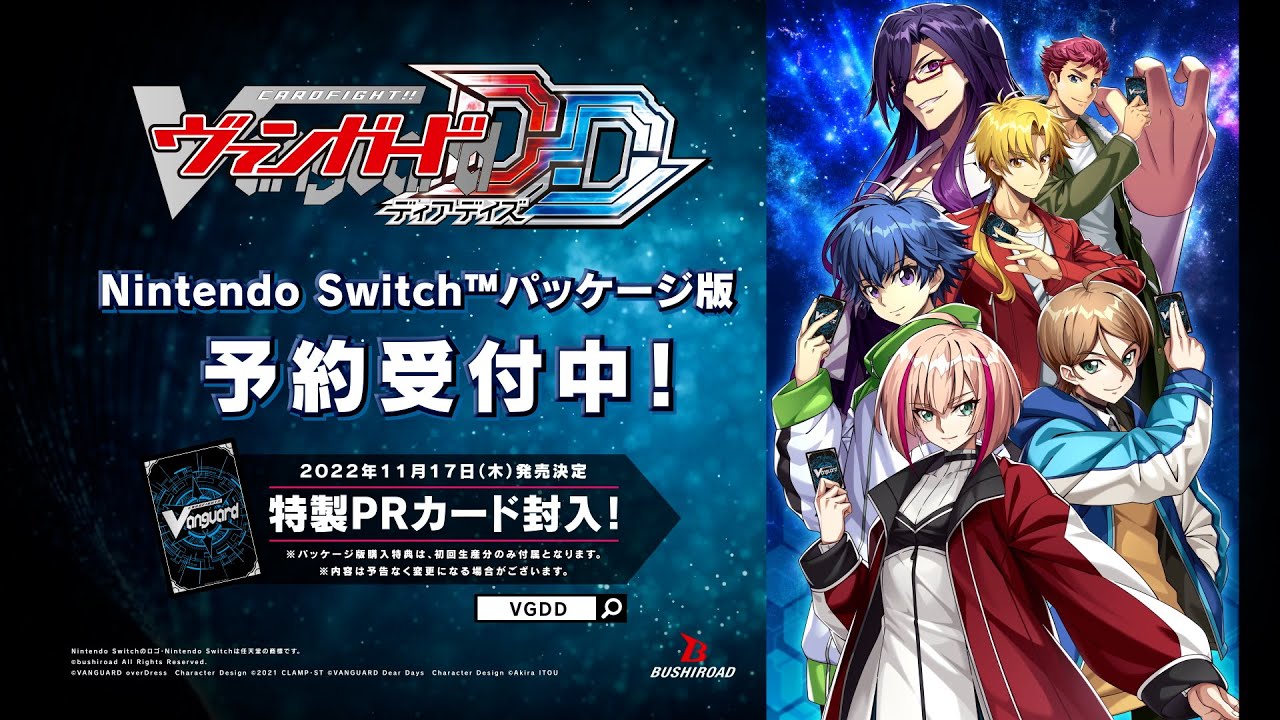 Something that was suggested as part of the initial reveal was English support. Bushiroad has now formalized this and even opened a localized version of the website here. The same site also provides a new batch of details, which we have below.

Weave hopes through fiery battles and present yourself as a new vanguard!

Playable alone at your own pace

Play online with anyone, anytime

With in-game and online deck recipes, building decks is a snap! You can also test your power in online matches! Play with your friends or challenge fighters from all over the world!

Yuki Ichidoji is a strong-willed and honest girl who excels in both academics and athletics, in contrast to her gentle and mild-mannered brother, Rasen.

After following her brother one day, she stumbles upon him secretly taking advantage of Vanguard…

Soon, Yuki finds herself drawn into the world of Vanguard.

In hopes of reviving the legendary Setsugetsuka team founded by Gosetsu Katsushika, she faces fighters from fearsome teams!

In the midst of all this, she receives an invitation to fight from Kanji Meguro, president of the national card store chain Berserk…

A second-year high school student at Omi Academy. She is a willful and honest girl who excels both in studies and in athletics. After following her brother one day, she stumbles into the world of Vanguard.

A third-year middle school student at Omi Academy. He has a sweet personality and is the opposite of his sister. Nevertheless, he possesses an unbreakable spirit. He gradually awakens to his hidden talent for Vanguard.

The owner of the Osen Card Shop. Thanks to her caring spirit and her love for Vanguard, her store has gained great popularity. A long time ago, he led the biggest team in the region.

President of Berserk, a national chain of card stores. His overwhelming charisma commands the respect of all those around him.

A third-year middle school student from Kanazawa, Kaga. After joining the night amusement park team, he is captivated by the world of Vanguard. Although he is very intuitive and considerate, he is often troubled by his inability to say no.

A Vanguard legend who once led Team Blackout. He was a mainstay of the nighttime amusement park team but now chooses to keep his distance. Others find it difficult to read, as no one can tell if he is joking or serious.

The leader of the Blackout team. A skilled fighter who has been dubbed a rising star for his success in official tournaments. He then disappeared from the limelight, only to later return to prominence in unofficial circles.

Update (7/5): The first Cardfight trailer!! Vanguard Dear Days can be seen below.

Update (7/10): The English version of Cardfight!! Vanguard Dear Days is now up for pre-order on Play-Asia here.