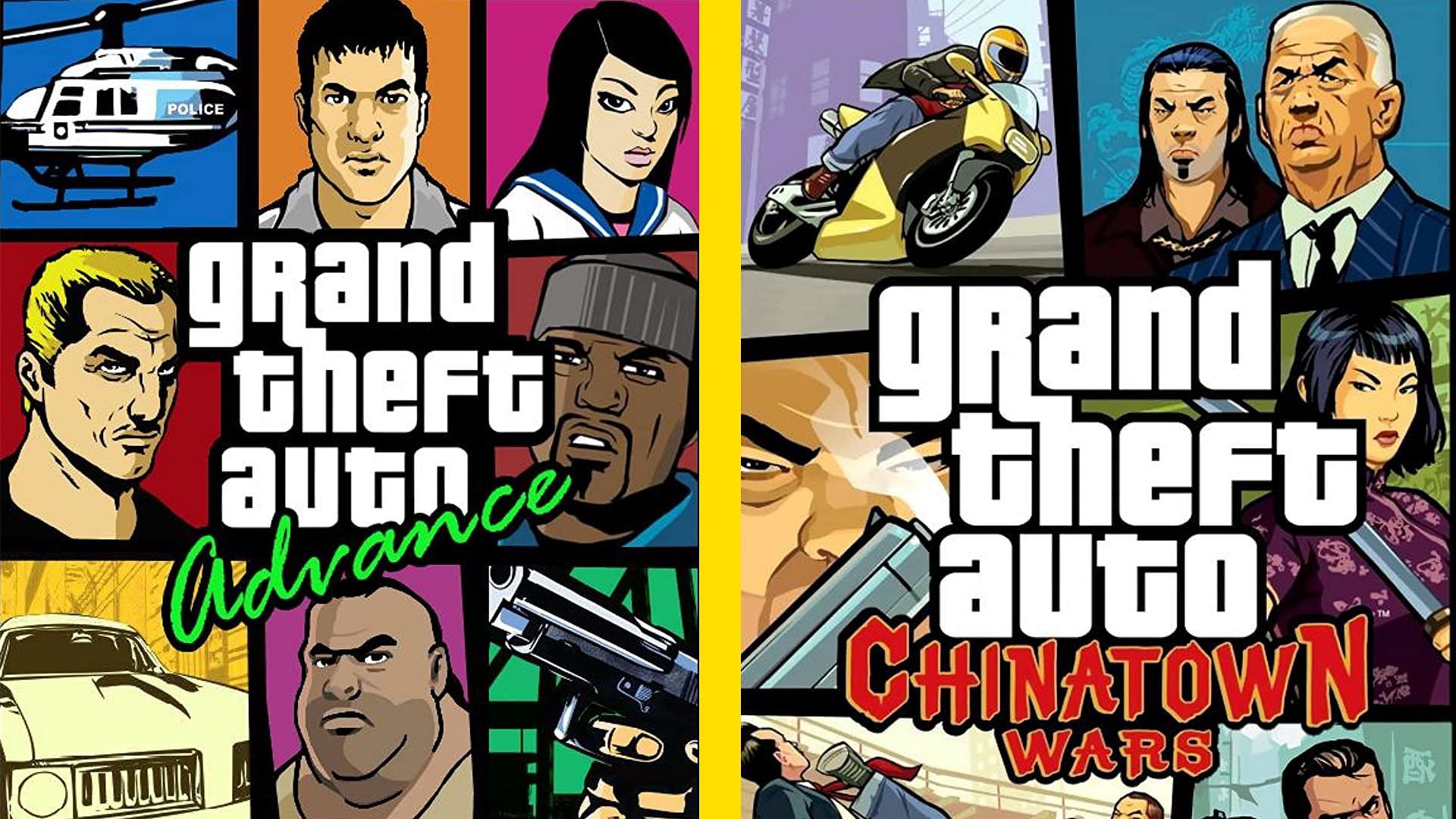 Over the years, the GTA series has released many games, with mainline titles like San Andreas and Vice City garnering millions of fans. However, the series also has numerous spin-off titles, which further explore the lore.

Games like GTA Vice and Liberty City Stories are great examples of the franchise’s expanded story. Most of these games were released exclusively for specific platforms such as GameBoy Advance, PSP and Nintendo DS.

GTA Advance vs Chinatown Wars: Which title has the upper hand?

GTA Advance is developed by Digital Eclipse and published by Rockstar Games. It was originally designed exclusively for GameBoy Advance and released in 2004. The game resembles other 2D universe titles in the series.

GTA Chinatown Wars was developed by Rockstar Leeds and released by Rockstar in 2009. It was originally made for the Nintendo DS and Sony PSP. Although the game uses a top-down perspective, it is part of the HD universe, thanks to its graphics.

Grand Theft Auto Advance is set in the year 2000 and takes place in Liberty City. Designed to be a prequel to GTA Three, the game looks and feels very familiar to players who have experienced Claude’s story. However, the map also includes the Portland Islands, which were not in the main game.

Players can play as Mike and also meet some familiar faces like 8-ball (bomb shop owner) and Asuka Kasen (co-leader of Yakuza). That said, the game does not feature any of the mafia families.

GTA Chinatown Wars is also set in Liberty City, but after the events that take place in Grand Theft Auto 4 (2009).

Huang Lee, the spoiled son of a now deceased triad leader, arrives in Liberty City to investigate his father’s mysterious death and retrieve a stolen family sword. Over time, he gets caught up in a power war with several people and heads further down the rabbit hole.

Players looking to delve deeper into the story and experience the full story should play all games in the series at least once. The two games are quite close to each other when it comes to release dates. Still, the age of Advance is noticeably more visible than that of Chinatown Wars (CTW).

Both titles offer a top-down perspective, but GTA CTW takes things a step further and features a fully rotating aerial camera. This allows gamers to play the game from any angle they want.

When it comes to gameplay elements, Advance felt much more arcade than CTW, as the latter offered an in-depth experience and really felt like a fleshed-out action-adventure RPG. Things like mission design, visual quality, and gameplay are critically acclaimed when it comes to CTW.

Chinatown Wars also featured a controversial mini-game that allowed players to take on the role of drug dealers. Ironically, this remains one of the title’s most beloved features.

Advance’s story certainly doesn’t live up to CTW’s. On the other hand, the writing in Chinatown Wars is clearly superior and players also laugh every so often, which really feels like a GTA game.

Read also
The article continues below

With all that’s been said and done, Grand Theft Auto Chinatown Wars is way ahead of Advance.

Advance, launched as a GameBoy exclusive, was held back due to platform hardware limitations. That said, it makes no attempt to redeem itself via story or gameplay elements.

To note: This article is subjective and reflects the opinions of the author only.