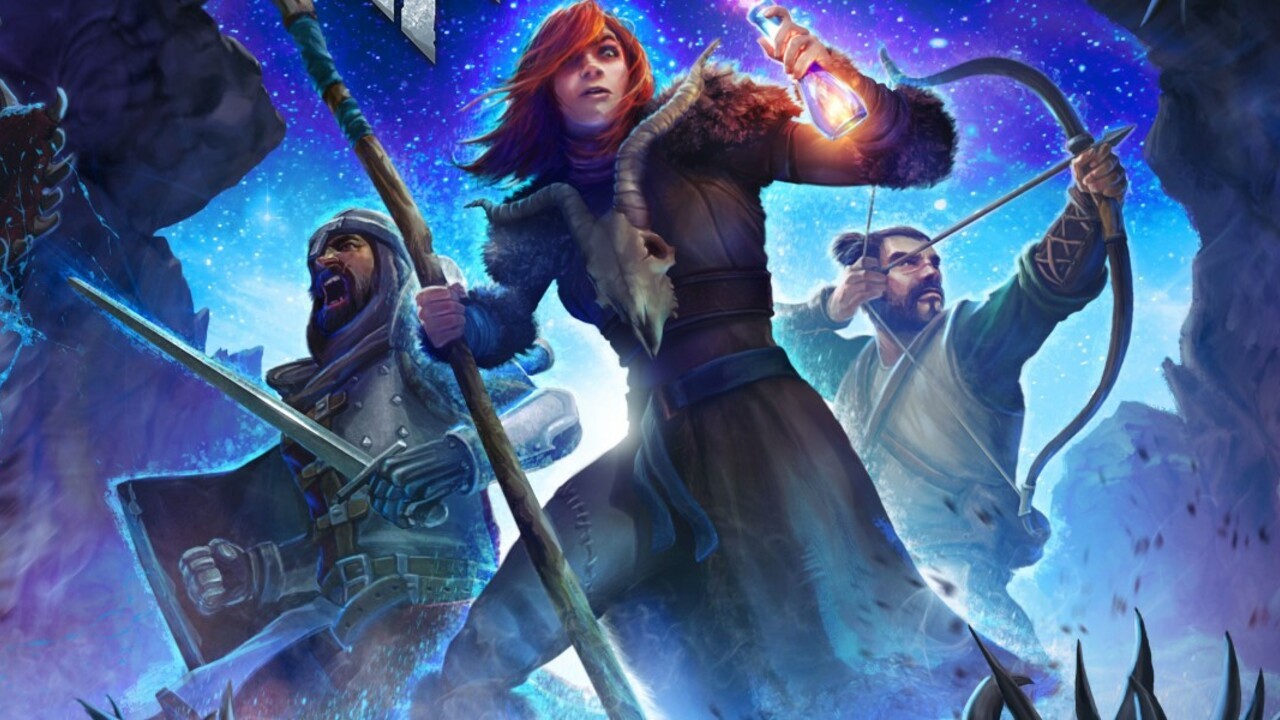 A few years ago, a small Croatian development team called Room-C set out to create a new game set in Arthurian mythology called The Hand of Merlin. Following a roguelite structure and based on high-difficulty tactical gameplay, the release quickly gained a passionate fanbase who eagerly awaited each new iteration as the title went through Early Access on Steam. Now that the title has finally reached 1.0 status, it’s been ported to consoles, and we’re happy to report that the end product is an enjoyable and intense experience well worth your time.

The narrative in The Hand of Merlin is kept to a minimum, consisting of a larger overarching event that is filled in by various smaller emergent events that change from run to run. The main idea of ​​the story here is that there is a terrible cataclysm that slowly corrupts the earth and kills life, and the spirit of Merlin the sorcerer is the last hero of the round table who can do something to this subject. Although it is, uh, somehow dead, he is able to travel the multiverse and aid various groups of heroes and adventurers in their quest to save their world. If they fail and die, Merlin gives up on them and travels to another universe to try again.

The story unfolds in a unique way for each race, as various events fill out and give you the opportunity to make key decisions that alter their outcomes. For example, we encountered an event where a local town lord was tasked with determining the sentence for an imprisoned man accused (without evidence) of stealing from another townsman. The lord asked our band of adventurers for help, and we had a few options to choose from for how he would be dealt with, with likely different rewards given to us based on our decision. We liked this non-linear and somewhat random approach to storytelling, as it helps keep every run fresh while giving you the ability to insert yourself into the narrative. Your adventurers can be as honorable or as dastardly as you want, especially since the only goal that really matters here is that you manage to survive battles so you can fight off the Cataclysm.

Each run consists of a few cards covered by several Event Nodes, each connected to a few others by one-way lines. Get to the end of a map and you’ll encounter a boss, and you’ll move on to the next map if you manage to succeed. Each node has a difficulty level attached to it, and some nodes will lead to a combat encounter, a town or merchant, or an encounter with an NPC. You get an idea of ​​what rewards you can get from a node ahead of time, which helps a bit with planning, and working your way to the inevitable boss encounter at the end of the map is pleasantly challenging. Often you want or need everything the rewards you can see from upcoming nodes, so making a decision can be tough, especially considering what you might have to endure to get to the next node you really need.

Combat in The Hand of Merlin will be familiar to those of you who have played XCOM or Mario + Rabbids. You control a small team of adventurers on an isometric grid-based map and must decide how to make the most of a relatively small pool of available actions. Each character can usually only perform two actions per turn (including moving to another location) and many of their abilities have cooldowns that mean they can only be used every other turn. Battles rarely have more than five enemies at most, but much of the challenge and intensity comes from finding the most optimal way to route them.

For example, most attacks have a hit percentage that determines the attack’s chance of success. If you have an action left on a character, it may be beneficial to take the 40% chance to hit that enemy right at the edge of your attack range, or it may be better to cast a damage buff on a nearby ally for next use. round. Usually there will be consequences regardless of what you do, so mitigating negative outcomes becomes a big part of surviving a race.

Each character has two bars – one for armor and one for health – and any incoming damage will hit the armor bar before it starts eating away at your health. Everyone’s armor replenishes after each battle, but their health can only be restored in towns or during limited events. If someone’s health drops to zero, they die for good and take whatever stats and gear they had with them. If you’re lucky you can sometimes recruit new allies later in the race, but then they need to be properly equipped to be on par with the rest of the team and you don’t always get a class that replaces properly the role of your fallen warrior.

In many ways, The Hand of Merlin proves to be a delightfully unforgiving game, as one wrong decision made anywhere can ruin a run that otherwise had a solid chance of succeeding. There’s also not much meta-progression between attempts, so your success in future runs largely depends on your own ability to learn from your mistakes as you slowly gain knowledge of how various elements and mechanics affect the outcome of a race. Those of you who don’t have the patience or the temper to handle a slow-paced, very difficult roguelite will want to stay away then; The Hand of Merlin is manageable once you’ve made the effort to play the game as expected, but second chances are often hard to come by.

There are some form of meta-progression, however, and this is largely tied to the achievement system in the game. Achieving feats like restoring a certain amount of armor in a battle or winning a fight with only one character in your party will unlock achievements, and these will often unlock new adventurers that you can choose at the start of a new run or upgrade existing ones to give them an edge at the start of the next adventure. You can also play on harder difficulties to gain blessings and curses to influence various ratings for later runs and to farm a consumable resource to unlock and boost certain combat spells. So it’s not quite Rogue Legacy, where perseverance means you’ll inevitably win. ultimatelybut you still have a few leads left to grease the cogs and tip the scales in your favor as you try again.

So it’s a good game, but one irritating aspect we feel we should mention is that The Hand of Merlin seems poorly optimized for the Switch controller interface. In terms of performance, it’s all above board, but the UI is unnecessarily busy and odd to navigate with just the buttons. Clearly this was designed with the keyboard and mouse in mind, as it takes multiple button presses to access certain sub-menus that would obviously only take a single click to reach on a PC. This awkwardness with the controls doesn’t ruin The Hand of Merlin on Switch, but it is an annoyance that sadly can’t be ignored.

The visuals in The Hand of Merlin are decent, if unremarkable. The storybook-like sequences as you get to new nodes are a cute touch, but there’s a rather distinct lack of personality in the visuals. It’s about as simple as swords and sorcery visuals; the models are plain and drab, the environments are dark and immemorial, and there’s generally not much flair to speak of. It’s also a little disappointing, as the otherwise engaging gameplay feels let down by this utilitarian, no-frills approach to presentation. We wouldn’t exactly call the graphics uglybut they are certainly boring.

The Hand of Merlin may not bring anything new to the table, but fans of challenging strategy games like XCOM will still find plenty to like here. The unforgiving roguelite structure and decision-driven gameplay offer plenty of engaging content, though those elements are held back a bit by the boring graphics and an interface that’s not terribly controller-friendly. If you can overlook these flaws and you’re a strategy game enthusiast looking for your next fix, we suggest grabbing The Hand of Merlin.