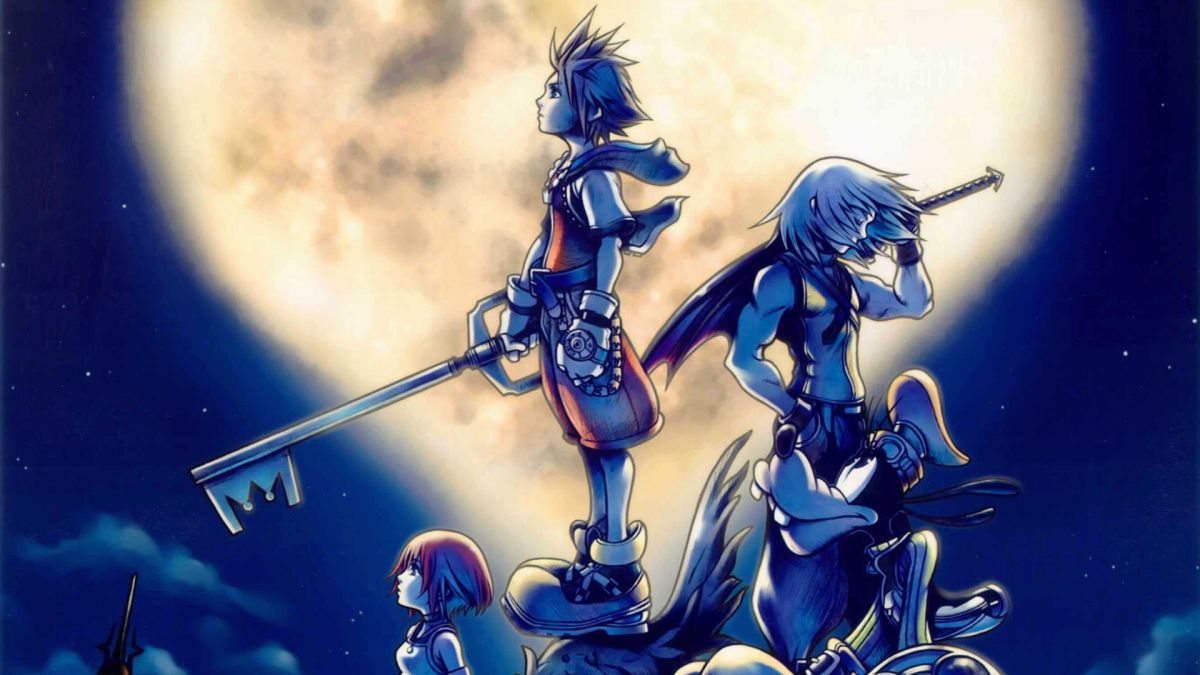 How to play Kingdom Hearts in order is a question you may have asked yourself lately, now that Kingdom Hearts 4 is officially on the way. Truth be told, there’s never been a better time to catch up with the rest of the Final Fantasy-meets-Disney series. But it’s not as simple as starting at number 1 and working your way to number 3, as there are actually 13 games in total in Kingdom Hearts, with Square Enix showing no signs of slowing down anytime soon.

There’s still some debate over whether you should actually play all 13 games in the series before playing any of the new Kingdom Hearts games. But my verdict is this: if you want to get the most out of your game, I strongly suggest that you learn at least the history of all 13 games. If you end up skipping one or two, you’ll probably still enjoy the rest of the series, but you might confuse yourself more than necessary along the way.

To make it easier for new fans to catch up, Square Enix has re-released all games as Collections 1.5, 2.5, and 1.8, with each Collection containing three different – and Very important – Games. Everything you need to fully understand the story so far is contained in these collections, along with Kingdom Hearts 3, Kingdom Hearts: Melody of Memory, and the free mobile game Kingdom Hearts X/Dark Road.

So whether you’re a Kingdom Hearts newbie or a veteran looking for a refresher, here’s a quick rundown of each of the games in the series, what order you should play them in, and why they’re all a big part of understanding. of the plot of Kingdom Hearts 4.

Our journey begins with Sora, Donald and Goofy who, after a chance meeting in Traverse Town, decided to work together to find Sora’s friends, Riku and Kairi, and King Mickey (yes, THE mouse) by exploring various worlds on Disney theme. The reason it’s best to start with the first Kingdom Hearts game is that it establishes the core lore of the series; who is Sora, what is a keyblade, why darkness is so bad, etc.

One year after the events of Chain of Memories, in Kingdom Hearts 2 we discover new playable character Roxas, who has a strange connection to Sora. You can only play as Roxas for the first few hours of the game, but he’s actually an incredibly important character in the grand scheme of things. Moreover, Kingdom Hearts 2 is also a big fan favorite, which is worth it.

Kingdom Hearts 358/2 Days fleshes out Roxas’ story and explains what happened between Kingdom Hearts: Chain of Memories and Kingdom Hearts 2. 358/2 Days version 1.5 is actually a nearly three hour movie reminiscent of the events in the original Nintendo DS game. Don’t let that put you off, though, as 358/2 Days not only answers several burning questions, but also features more important characters and some of the best storylines in the entire series.

Much like 358/2 Days, Re:Coded can only be experienced as a movie – unless you can get your hands on the Nintendo DS copy. The plot of this game doesn’t really bring much else to the table as Sora just revisits the data versions of his memories to decipher a little clue found in Jiminy’s journal (stay with me on that) . It’s probably the weakest of the 13 games in total, but if you’ve come this far, might as well give it a try.

Things pick up in Birth by Sleep as we get to see three new playable characters – Aqua, Ventus, and Terra – all of whom play a larger role in the series down the line. Set 10 years before Kingdom Hearts 1, it would make sense to play Birth by Sleep from the start, but it’s more important to lay the groundwork for the series before playing its prequel.

Technically set after the events of Re:Coded, Dream Drop Distance lets players take on the role of Sora and Riku as they explore dream worlds in order to pass their Mark of Mastery exam. Originally released on Nintendo 3DS, this remake has stayed true to the original (with the addition of some technical improvements) and gives us more of the story that helps inform Kingdom Hearts 3.

Acting as a mini-sequel to the other Birth by Sleep, A Fragmentary Passage reveals what happened to Aqua, Terra, and Ventus between the events of Birth by Sleep and Kingdom Hearts 3. Unlike the last time you played with the three keyblade wielders, this time you only play as Aqua as she explores a [Birth by Sleep spoiler location] and revisits fragmented versions of some of the worlds she visited in the original game.

Strongly tied to the mobile game Kingdom Hearts X, Back Cover is another cinematic set during the events of X, but told through the perspectives of the Foretellers (who are introduced in the mobile game) instead of the player’s. This is where things might get a little more confusing as new characters and timelines are introduced, but it’s important not to ignore this one as it looks like it will play a vital role in Kingdom Hearts 4 when will eventually come out.

All of the games recapped so far have essentially built up to Kingdom Hearts 3. Important in many ways – and not just because 3 comes before 4 – this game marked the end of the “Dark Seeker Saga” story. ” which had slowly unfolded. throughout the nine games leading up to it. Kingdom Hearts 3 sorted out so many outstanding things and introduced a few new ones that will definitely carry over into Kingdom Hearts 4.

A direct continuation of Kingdom Hearts 3’s ending, its Re:Mind DLC continues Sora’s story after KH3’s ending. Usually you’d be right in thinking that the optional DLC could be skipped, but this is a Kingdom Hearts game and so there are a lot of very important story elements here which we think will be key to understanding. kingdom hearts 4.

In the immediate continuity of Kingdom Hearts Re: Mind, Kingdom Hearts: Melody of Memory is a rhythm action game. Now we know what you’re thinking: “a rhythm game can’t contain important knowledge that I need to know for Kingdom Hearts 4.” But it is. Yes, the majority of the game is made up of fun rhythm puzzles, but there are a few important cutscenes that will once again flesh out the entire Kingdom Hearts story.

And so in conclusion…

Listen, there’s no way of knowing what series creator Tetsuya Nomura has in store for us in Kingdom Hearts 4, but catching up on all the games listed above, you’ve got a good chance of figuring it out when it finally comes out. .

That being said, there’s also a chance you’ll come out the other side just as confused as when you got there. But, let’s be completely honest, that’s part of the fun of being a Kingdom Hearts fan!

There’s no such thing as Kingdom Hearts, but the best JRPGs takes us into equally fantastic worlds.