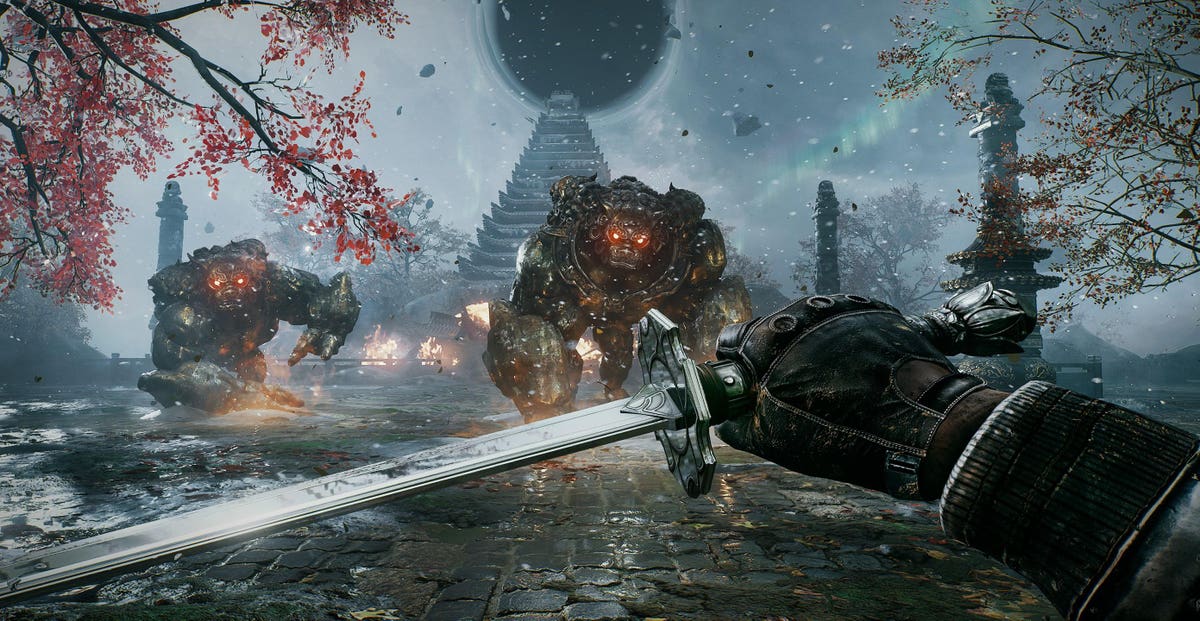 Infinite’ is coming to PS5 and Nintendo Switch

Light memory: infinite, a mix of first person shooter and a hack-and-slash title, has often stood out whenever it has appeared in game showcases thanks to its impressive visuals. It made another appearance at today’s Future Games Show, along with news on other ways to play it.

FYQD Studio and publisher Playism previously announced that the game will be coming to Xbox Series X/S. Now they revealed Light Memory: Infinite is also on its way to PlayStation 5 and Nintendo Switch.

There’s a promise that the Xbox and PlayStation versions will offer ray tracing with 60fps reflections. There will also be a 120fps performance mode. On PS5, Light Memory: Infinite will take advantage of the DualSense controller’s adaptive triggers.

The game will run natively on Switch rather than through the cloud. This version will have multi-sampling of TAA anti-aliasing and support for gyro aiming. I’m really curious what the performance looks like on Switch.

All three console versions will include DLC cosmetics from the PC version as part of the base game. A new trailer once again showed off great graphics, but it was disappointing to see protagonist Shelia objectified with skimpy outfits.

Light Memory: Infinite was released on PC in 2021. The Series X/S edition was delayed, but it will arrive later this year alongside the Switch and PS5 versions. Audio and text in English, Simplified Chinese and Japanese will be supported, as well as subtitles in Traditional Chinese, Latin American Spanish, German, French, Russian, Brazilian Portuguese, in Italian and Korean.

“I know people had to wait a little longer, but my partners and I decided we needed to take as long as possible to make Light Memory: Infinite shine on consoles,” said Zeng, the founder of FYQD Studio. “We used this extra time to optimize the game on each device. I was sure to get Light Memory: Infinite on consoles, but playing the game on those platforms still feels like a miracle.