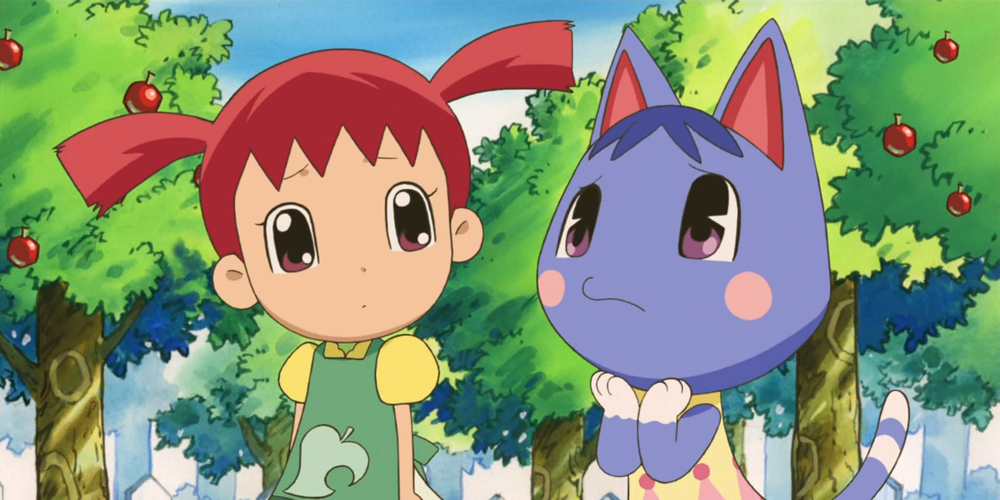 Is it time for the Animal Crossing movie to be released in the West?

In April 2001, a brand new Nintendo game was first released in Japan. animal forest, as it was known at the time, was a life simulation game for the Nintendo 64 that allowed a player to live in a small village with nearby animals. Later released under a new title, animal crossing was ported to GameCube, where audiences outside of Japan could finally fall in love with the game and play it for the very first time.

Following the success of animal crossing (2001) and Animal Crossing: Wild World (2005), Nintendo had an idea: what if we turned this fledgling franchise into a movie? The game itself already had a unique plot and wouldn’t have been too difficult to turn into a movie. So, in 2006, Nintendo, OLM, Inc. and VAP decided to produce the first (and only) animal crossing film, Dobutsu no Mori.

For the uninitiated, Dobutsu no Moriwhich translates to animal forest, follows an 11-year-old girl named Ai who moves to a new village populated by animals. She works hard to make new friends and pursue her dreams, while unraveling the mystery of the village surrounding the bottled messages (sounds pretty familiar, doesn’t it?). The film was only released in Japan, and Nintendo of America currently has no plans for an English release. However, with the continued success not only of Animal Crossing: New Horizonsbut the animal crossing franchise as a whole, many fans are wondering: is it time for them to change their minds?

When Dobutsu no Mori released in Japan, it grossed around $16 million (1.7 billion yen) at the box office. While that number seems small compared to today’s movies, Dobutsu no Mori actually well done for its time. Japan-based fans gave the film a warm reception, based on the fact that the video game series has done so well for the past few years. Even though animal crossing was a minor hit in the west at that time, no one enjoyed the series more than those in Japan. With the very first release being only in Japan, followed by the updated GameCube version being available first to Japanese fans, the film was successful.

Perhaps that’s why Nintendo of America has reservations about releasing the movie to English-speaking audiences. It’s possible that Nintendo is concerned that the film won’t be as well received, as many other countries don’t have as deep a connection to the series as fans in Japan. However, as we’ve seen since the 2020 release of New Horizonsmany fans of the series (old and new) deeply enjoy the game. Many fans shared this game New Horizons helped them cope with the COVID-19 pandemic which has caused the world to stay indoors, providing them with peaceful entertainment while locked down. The game resonated with thousands of Switch gamers, selling around 38 million copies over its two-year lifespan, making it the second best-selling Switch game. They’re the type of fans who fell in love with the franchise and would look forward to the opportunity to watch the 2006 film.

Reasons to reissue Dobutsu no Mori go beyond the success of New Horizons. Consider the ad as the original animal crossing for the GameCube will no longer be day-to-day playable in 2030. Due to the technology that was available at the time, the game clock will stop once it hits the year 2030. animal crossing is best known for its ability to mimic everyday life, allowing the player to play in real time (or set their own date to play). Although the game is still playable, GameCube players will no longer have the “everyday life” experience offered by the series. Releasing the film in the West would not only bring a sense of unity and comfort for life animal crossing fans, but gives many gamers a chance to reminisce about their youth, when they fired up their GameCube and hung out with their animal neighbors.

By republishing Dobutsu no Mori would benefit the animal crossing fanbase in a multitude of ways, there are certain issues that would indeed make it difficult. Nintendo should bring in actors to dub the film in English and should probably update some dialogue or animations given the age of the film. It would cost quite a bit, and while Nintendo has the funds, they might not find it necessary to spend those funds on a movie made in 2006 that never left Japan. In addition, Nintendo should weigh the pros and cons of an English re-release. What would be its success in English-speaking countries? Where would they take it out? A theatrical release probably wouldn’t generate much revenue, but what streaming service would be willing to take on an animated film about living with animals? Although now seems like the perfect time for a reissue of Dobutsu no Morithere are obstacles to that happening.

Fans also pointed out that the movie can be found on YouTube with English subtitles. While it’s not the viewing experience many are hoping for, it does exist (although it’s very hard to find) and doesn’t require Nintendo to do the extra work. While it’s frowned upon to watch and post content that the original owner didn’t post themselves, a valid argument exists for those who want to watch the movie. However, fans should be aware that Nintendo probably won’t release it for (legal) public consumption. The English subtitles allow Western audiences to understand the dialogue, but are they enough to satisfy the desire for a complete re-release of the film?

Even though the challenges of re-editing the film seem daunting, the animal crossing The community is the one who would be willing to watch it and buy into the idea of ​​a western release. Dobutsu no Mori is a playful film that would entertain a animal crossing fan of any age, and create a sense of joy throughout the fandom that is always felt when a new franchise update is released. Should the 2006 film ever receive a Western release, it would be sure to excite and bring out the inner child in many animal crossing fans – and perhaps inspire newcomers to get into gaming for the first time.

MORE: Why Pokémon Scarlet and Violet are unlikely to feature a new type