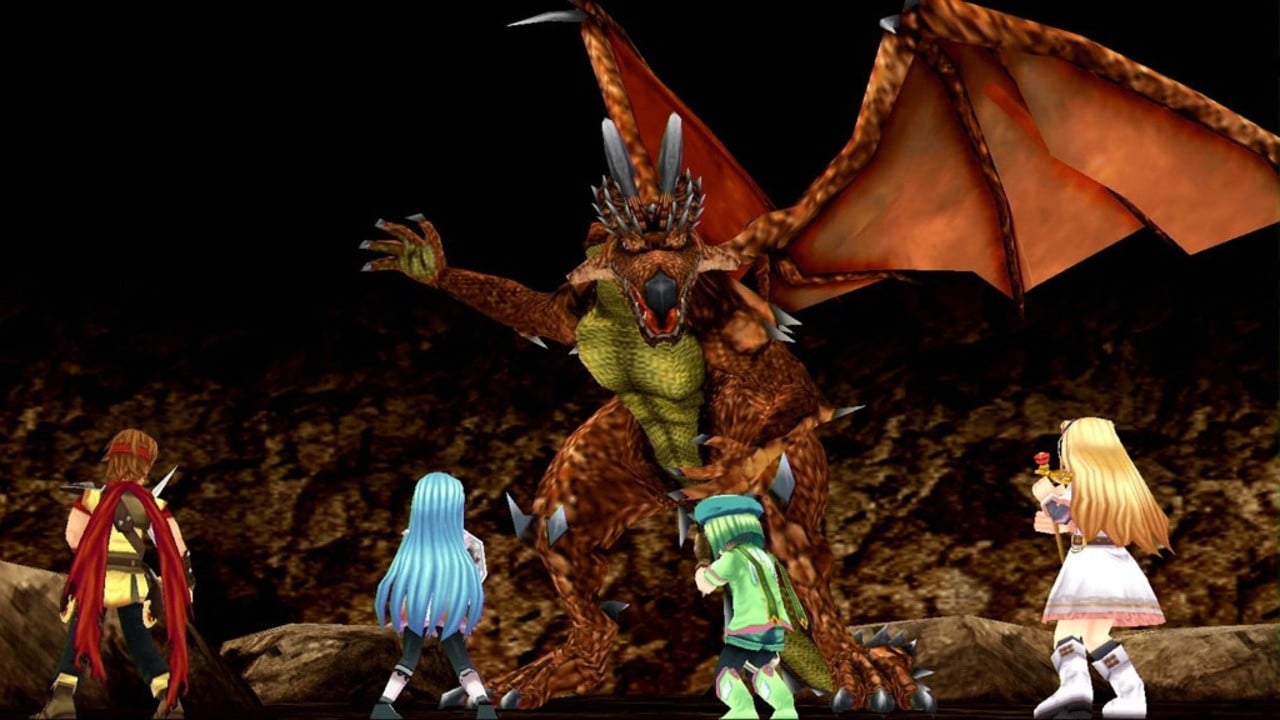 Kemco offers discounts on 11 RPGs on Switch and 3DS

Another month, another Kemco sale. It’s a tradition at this point.

Yes, the Japanese publisher and developer is back with a new round of Switch and 3DS eShop discounts. Eleven RPGs are available for sale in total, and while Kemco’s mass-produced role-playing adventure line-up isn’t generally considered the best, it’s a very decent way to stock up on different games. if you are a super fan of the genre.

Here are all the offers currently available:

Lagoon – a world ruled by the two great kingdoms of Archleign and Ghalzabine. Celebrating a new era of peace, the citizens of this world had lived in harmony with one another until a murder perpetrated by a clone upset society to its core. Knowing that the incident cannot be ignored, the two kingdoms have set up a joint investigative team to uncover the cause and bring those responsible to justice. However, when the clues start to look like a trail of gunpowder heading straight for an explosive barrel, then things seem to be a lot more volatile than anyone might have initially imagined …

After the Alroval Empire invaded Miden Tower, the mages who inhabit it find themselves stranded in its upper floors. This sets off a series of tragic events that lead to a launched counteroffensive to retake the tower and take revenge for the wrongs committed against them.

The world of Shendoah ― protected by Sephiroth. However, as the power of the world tree began to wane, countless people were overwhelmed by an overwhelming darkness that turned them into monsters. Now that the world is on the brink of destruction, an unlikely group sets out on their journey with their convictions … Yet what shocking truth awaits them at the end of their journey …?

Frane: The Odyssey of the Dragons
45% reduction | Nintendo Switch

Kunah, a boy of the Fire Dragon Tribe is one day summoned by the god who rules the world above, Vanneth, and is told to bring Escude, a lost girl of the Angels Clan back to Vanneth. Together with his childhood friend, Riel, the daughter of the chief of the ice dragon, he follows the missing girl and sets out for the vast world under the clouds to discover mysterious and fun adventures.

With questions swirling in his mind about why it was created and by whom, Izen sets out on a journey to discover its origins. However, as he and those with him search for answers to this mystery, they don’t notice a shadow creeping over them with the intention of stopping them dead in their tracks …

Bine, a young man who lives in a small rural village, spends his days peacefully, doing chores and dealing with demons for the villagers. One day, Lunaria, a girl who lives near the village, asks him to accompany her to the royal capital.

After a trip full of surprises, they both arrive in the capital. They are delighted to be in the city for the first time, but they are greeted by one of the castle soldiers who are supposed to protect the citizens. With more and more disappearances, executives’ expectations are mixed. And there is also a forgotten existence …

What You Need to Know: Revenant Saga will incorporate over 30 hours of gameplay around Albert’s elaborate journey. This includes a variety of unique sub-quests, combat transformation systems, as well as a weapon forging system allowing players to craft entirely unique weapons!

Humans have attained divine strength through the power of sacred beasts, while Therians worship various beings known as wild gods. As the two races try to thrive in harmony, a foul odor arises. The main hero, Caine, infiltrates a site of ruins and finds a mysterious masked girl. This girl has the same black wings as a wild god …! This strange encounter becomes the catalyst for a great project that will change the world of humans and Therians. Will divine power lead to prosperity or destruction … Find out in this epic story!

Times are changing and the existence of the Grimoa has become less relevant in everyday life. Young Eil is in the midst of his coming-of-age ceremony when suddenly his city is attacked by a demon and engulfed in flames. In the midst of this confusion, Eil makes a pact with Air Grimoa, Nogard, in order to save everyone …

One day, on his way home from a job in the Royal City, a gifted engineer named Luke meets a young woman, Estelle, who is attacked in the cave near her village. After repelling his attackers, he tries to pull her out of a pile of abandoned mechanical parts only to discover that she is half a robot herself! A little curious as to what he stumbled upon, Luke decides to bring Estelle home and heal her, but he doesn’t know much about the chain of events he’s about to find himself embroiled in. ..!

Join forces with humans, elves and dwarves, and set off on a journey to slay the evil dragon, Wyrmvarg!
Using 8-bit graphics and sound reminiscent of the golden age of RPGs, Dragon Sinker brings a visual and audio feast to the table of hungry gamers hungry for nostalgia for the great classics of yesteryear!

Is there something you like? Let us know if you’ll pick any of these games in the comments.