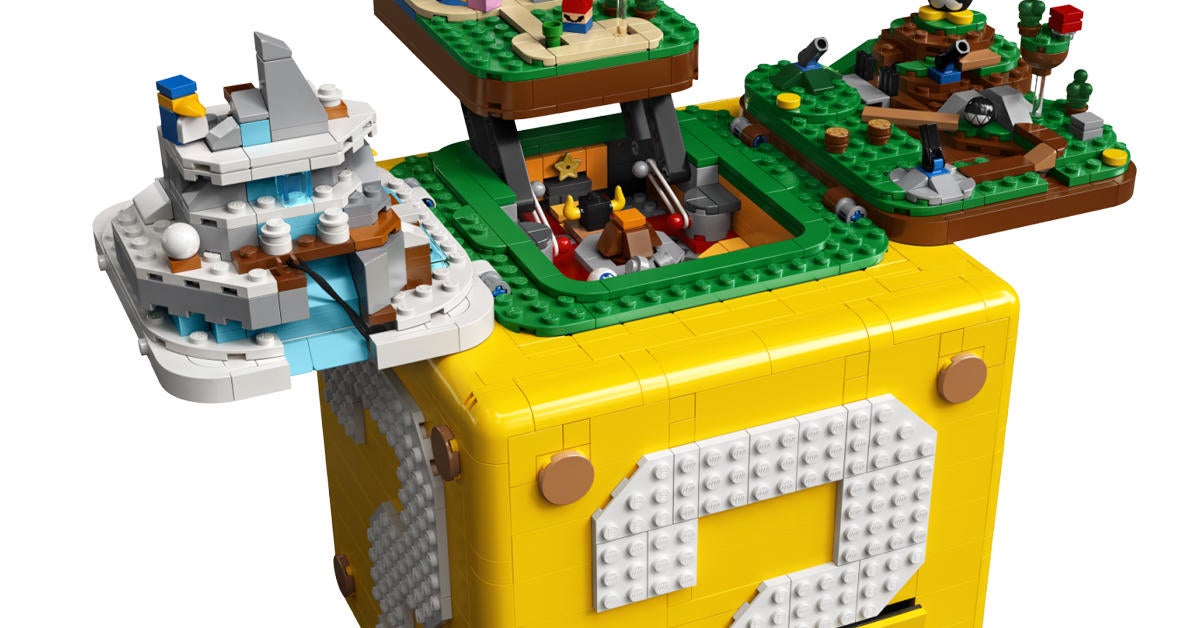 The LEGO Super Mario 64 question mark block set 71395 will be available to order from tonight September 30 / October 1 at 9 p.m. PT / 12 p.m. ET for $ 169.99 here at LEGO.com. It’s exclusive, so don’t expect to find it at retailers like Amazon on launch day (although they will likely sell the set in the future). Be sure to check out LEGO’s offers section to see if you can claim any freebies with your purchase. Below are additional details and an image gallery.

Like the Nintendo Entertainment System 71374 (Amazon – $ 229.95) set released last year, the Question Mark set is a traditional LEGO build that can be linked to LEGO Super Mario starter classes via the interactive Mario or Luigi figures. . Using these numbers will allow you to “collect 10 Hidden Power Stars to reveal secret reactions and more”. You can buy the entire LEGO Super Mario line here on Amazon and here on LEGO.com.

Note: If you purchase any of the awesome and independently chosen products featured here, we may earn a small commission from the retailer. Thank you for your support.

Monster Hunter eShop Sale Offers Up To 70% Off Series Titles