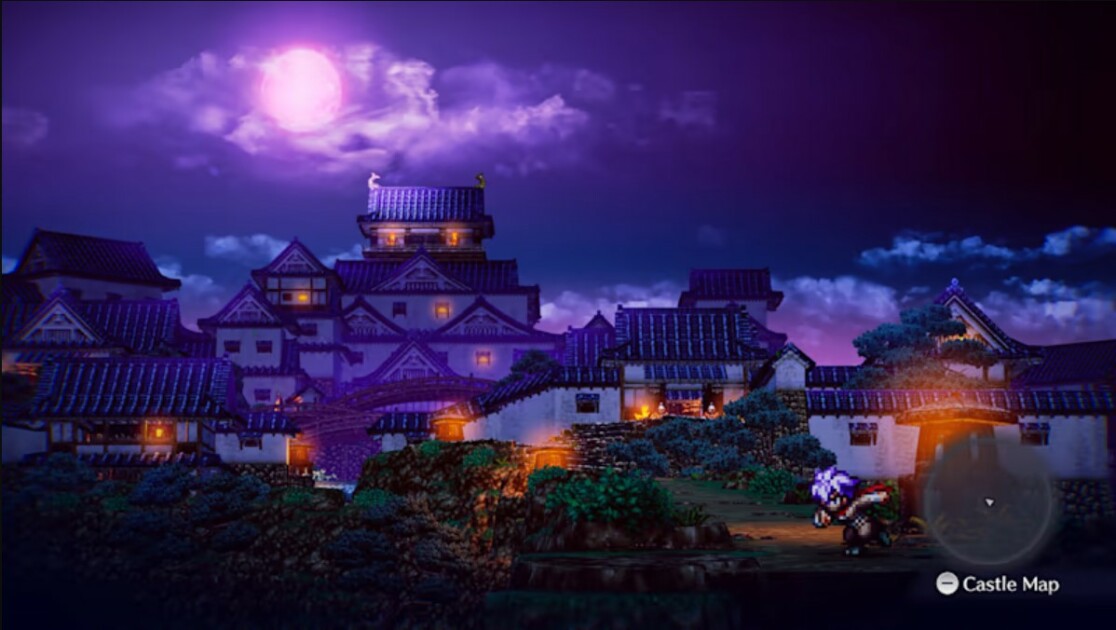 Japan is home to legendary games, some of which have never left the country’s shores. Live A Live is a Super Nintendo-era RPG that lived and died exclusively in Japan. It’s earned a cult following, but publisher Square has never released the title internationally – until now. Admittedly, the version of Live A Live now available on the Nintendo Switch is a radically redesigned remake, but this is the first time that the title has landed on foreign territory.

Despite its SNES origins, Live A Live is a surprisingly smart and polished game, with fascinating combat mechanics, incredibly varied gameplay gimmicks, and excellent voice work and dialogue. Some gadgets are better than others, and combat has a lot of untapped potential that is never realized. Still, if you’re a fan of games like Chrono Trigger or Octopath Traveler, Live A Live ($49.99) is a surprisingly polished RPG that evokes the nostalgia of SNES-era games, while remaining modern and intuitive.

At a glance, Live A Live shares a structure similar to Octopath Traveler, in which the characters have different starting points in the story, but eventually converge into one. This is somewhat true in Live A Live, but the storyline and gameplay are very distinct for each of the playable characters. The game’s story is divided into seven chapters, each focusing on a different era and a different protagonist. These include Prehistory, Imperial China, Feudal Japan, Wild West, Present, Near Future, and Far Future. There’s an overall story and theme that ties these storylines together, but for the most part, each chapter is its own separate story.

The era-themed chapters give Live A Live a strong Chrono Trigger vibe, perhaps because original game director Takashi Tokita continued working on Chrono Trigger a year later. . But the character-driven story chapters are also reminiscent of the later Saga Frontier games. Add to that Yoko Shimomura’s excellent soundtrack of Street Fighter, Breath of Fire, and Kingdom Hearts, and you have a game that looks, feels, and sounds like a lost RPG from a bygone generation. Technically, that’s exactly what Live A Live is. Despite its new visual look, which combines expressive sprites and pixelated 3D dioramas, it’s a blast from the RPGs of the past that evokes a familiar old-school nostalgia that SNES RPGs are renowned for.

As mentioned, each chapter of the game focuses on a different protagonist and takes place in a different era. However, the storytelling and gameplay mechanics also get gimmicks that make them distinct as well. The less fanciful chapter is the story of Imperial China by Shifu, a former martial arts master in search of a successor. The chapter is essentially a kung fu revenge story that has you traveling between towns, interacting with NPCs, and battling beasts and martial artists in your quest for revenge and redemption. On the other hand, the far future focuses on Cube, a spherical worker robot caught in a Extraterrestrial– Thriller-inspired storyline with almost no combat, instead focusing on character interactions and collecting data logs.

I like the chapter on feudal Japan. You play as the ninja Oboromaru, tasked with rescuing a political hostage. In addition to combat, you are also introduced to stealth mechanics. Oboromaru can summon a screen to blend into the environment, knocking enemies off your trail. They enter a seeking position, giving you the option to pass them by looking around. There’s a surprising amount of variety to the game, which gives it a unique feel compared to other RPGs of its era.

Live A Live doesn’t hold your hand much, instead giving you the freedom to run around and explore as much as you want in each chapter. The chapter unfolds linearly, but nothing stops you from exploring points of interest off the beaten path. A handy radar system shows where these points are, so an orange indicator shows you where you need to go to progress. Blue icons indicate optional areas and gray icons represent places you haven’t been. This radar is a compass, functionally: it doesn’t reveal any detail on the ground, so you can decide for yourself where you want to go next.

While exploration and storyline gadgets are impressive at first, they can fall flat depending on the chapter in question. The Wild West, for example, puts you in the shoes of Sundown Kid and Mad Dog, two unlikely allies working together to ambush a brutal gang of outlaws. But the storyline has a time limit that pushes you to gather supplies and talk to villagers in order to effectively set traps for outlaws, which I don’t care about. The penalty for botching the script isn’t too severe, but I don’t like having to rush. The Prehistory chapter is also fairly traditional RPG fare, except the characters don’t speak; instead, they growl and communicate with emojis. While charming at first, it quickly becomes gritty as you play through the storyline. The sprites are expressive, but the scenes drag on too long due to the lack of direct communication.

Also, the characters themselves aren’t very interesting. Very few protagonists stand out in any way; they feel more like vehicles for pushing the plot forward. That’s okay, because I found the scripts much more interesting than most actors. In defense of Live A Live, the game has excellent voice acting and writing. The storylines are mature enough to incorporate a bit of foul language without being too crude, and there’s plenty of humor in the story to keep things light. Pogo’s over-the-top simping for his cave girl love interest made me laugh.

Live A Live has surprisingly action-oriented battles, despite being entirely turn-based. It’s a fascinating combat system, although I’ll admit it took me a while to figure out how it works. As a turn-based game, you and your opponents trade blows until one side or the other is defeated. However, Live A Live uses a grid system for movement, which you use to move units around the battlefield like chess pieces. Like chess, attacks come in different forms, which have very distinct areas of effect that you need to be familiar with to get the most out of them. Some attacks hit spaces in front of you, others can hit all around your character, and still others deal damage in a straight line or only diagonally. Spacing is crucial when performing attacks.

Additionally, there is a specific in-game turn counter that limits when you and your enemies can attack. Each character and enemy has its own meter which only fills up when an action is taken, such as a move, or when an attack is initiated by an enemy or character. If an enemy with a full meter has no target to hit, he suffers a penalty and loses his turn. In practice, this means you take a much more active role in dodging attacks and dealing damage, since you have a clear indicator of when an enemy can attack you, and can cause them to miss attacks by literally moving out of your way. their scope. This fight is reminiscent of Parasite Eve in some ways, although as mentioned Live A Live is strictly turn-based, so no meters are gained if no action is taken.

Unfortunately, the fight never really evolves beyond picking your most effective ability and getting out of dodging whenever possible. Characters like Shifu in Imperial China have unique closing and retreating attacks that move them around the field more efficiently, but the scenarios never become so difficult or complex that they are worth using. Battles usually boil down to overusing your strongest skills, moving out of range whenever possible, and healing when HP is low. There’s no MP to deal with, so you’re free to abuse the most powerful skills at your disposal, which makes combat feel unbalanced and a bit insane.

I played Live A Live on a Nintendo Switch Lite, and the experience was pleasingly smooth and beautiful. The chapter format and convenient menu save make it easy to play on the go. The sprites aren’t as big as the original SNES, but they’re a bit more animated this time around. This is especially true for enemies, which had no real animation in the original. Loading is minimal, taking only a few seconds to load areas or battles. The sound effects and music are excellent overall.

Live A Live is a very unique RPG that almost feels like the grandfather of many franchises we’ve come to love ever since. It’s a shame the SNES version never got an international release, but this remake more than makes up for it. The Live A Live Remake retains all the charm and quirks of the original game, with new visuals and smooth controls that make it easier to pick up and play. not to everyone’s taste, but the overall experience is good. Nonetheless, Live A Live is a solid RPG worth checking out for its unique gimmicks; its enjoyable, if simplistic, combat; and his stellar voice work.

Register for Lab report to get the latest reviews and top product tips straight to your inbox.

This newsletter may contain advertisements, offers or affiliate links. Subscribing to a newsletter indicates your consent to our Terms of Use and Privacy Policy. You can unsubscribe from newsletters at any time.