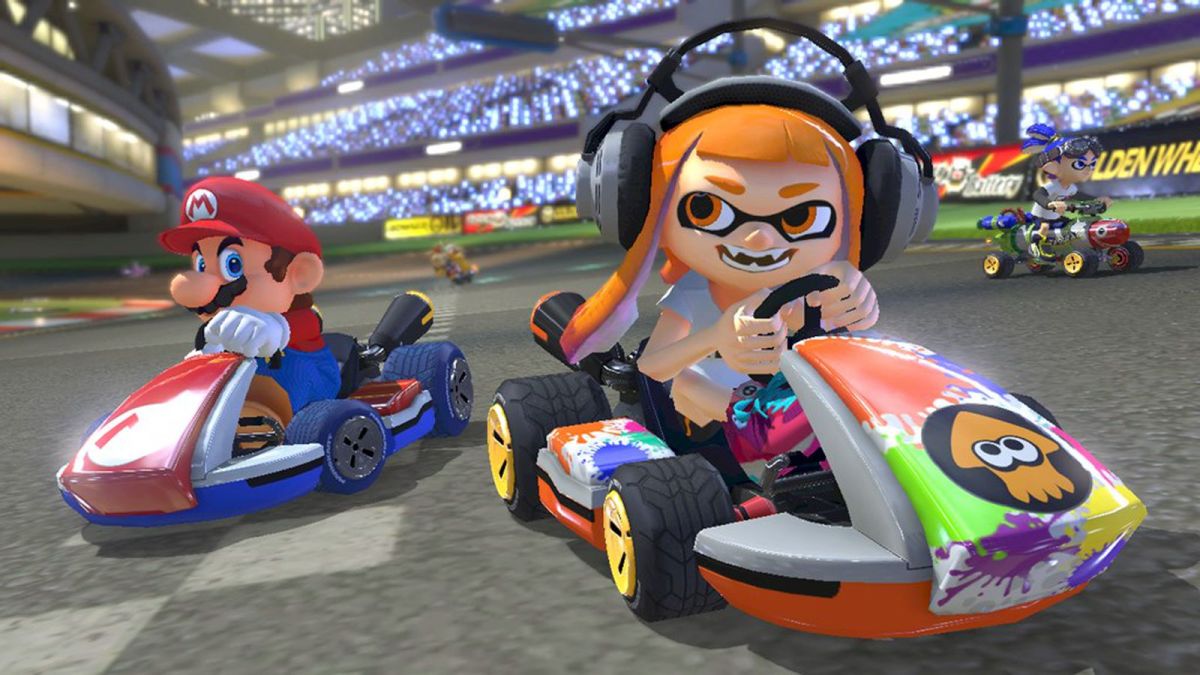 Mario Kart 9 is apparently in active development, and as you’d expect from the series, the new game will supposedly bring a unique twist to help shake things up.

Even though it’s just a rumor, the news that Mario Kart 9 is in development is a safe bet. After all, it’s been almost five years since the launch of Mario Kart 8 Deluxe, and eight since the game’s original release on Wii U. And with a total of around 47 million copies sold (between the Switch and Wii U versions of Mario Kart 8), a ninth entry in the series is surely a case of “when ” and not “if”.

Still, as long as Mario Kart 9 is expected, it’s not a game we’ll see anytime soon. Not in 2022 at the very least. In fact, I’m not at all convinced that it will come out on the Nintendo Switch and I sincerely hope it doesn’t, because I think Mario Kart 9 can only really shine on brand new Nintendo hardware. .

Stand out from the crowd

As much as I can’t wait to hear Charles Martinet shout “Mario Kart… 9!!! » such an event would be so much more glorious on a brand new Nintendo console. Whether in the form of the Switch 2 or otherwise, Mario Kart 9 has the best chance to stand out on its own platform.

After all, the original Switch model is getting a bit long in the tooth. March 3, 2022 will mark five years since the console went on sale, so it’s relatively safe to imagine that the hardware guys at the big N are already readying the Switch’s successor.

Mario Kart 9 would ultimately be better served on new hardware, then. And if you look at the history of Mario Kart releases, it holds true. Since the SNES, exactly one Mario Kart title has launched on nearly every major Nintendo console and handheld except for the Game Boy Color and (shudder) the Virtual Boy.

Sure, Mario Kart 8 Deluxe is an upgraded port, but it’s the only Mario Kart game on Switch (not counting the retro Nintendo Switch Online offerings). Moreover, it came with new modes, characters and surpassed its Wii U counterpart by a considerable margin. All the more reason, then, for Mario Kart 9 to stand out on its own, on a full-fledged console.

Which brings me to the aforementioned “unique twist” that Mario Kart 9 would allegedly bring to the track. It’s a safe bet that Mario Kart 9 will indeed bring something new to the table, as most games in the series before it have.

Additionally, it’s important to note that every gameplay overhaul a new Mario Kart brings is often hard to imagine being pulled off on the previous generation of consoles, for the most part. You will never get Double Dash’s duo karts on N64 with its limitations. Likewise, it’s hard to imagine Mario Kart 8’s anti-gravity on the much less powerful Wii.

If we follow this trend to its logical conclusion, we can assume that Mario Kart 9’s “twist” might very well be something unachievable on the Wii U, or even the Switch. But what could it be exactly? Perhaps we can look to Nintendo’s competitors for clues.

The PS5 and Xbox Series X/S are fantastic consoles, loaded with incredible technologies, some that Nintendo may be looking to implement in their next-gen hardware. Take the super-fast SSDs in these consoles which drastically reduce load times to mere seconds. Now, Nintendo games are usually pretty quick to load, thanks to some masterful optimization. But there’s more to these SSDs than fast loading times.

Take Ratchet & Clank: Rift Apart on PS5. It’s not the most incredible game in the PS5’s library, but it demonstrates an amazing gameplay feature: the ability to jump through rifts into entirely new levels on the fly. No loading times or stuttering to break the immersion.

Now imagine a similar setup for Mario Kart 9. One second you’re happily strolling through a Toad-themed amusement park, the next you’re hurtling through space around Rosalina’s cosmic observatory. What I mean is that Mario Kart 9’s unique twist could allow us to race on two or even three entirely separate tracks, all in one race. This selection of tracks could be completely random, or even mix retro tracks with new ones.

This is all pure speculation, of course. After all, while Nintendo excels with certain innovations – like the Wii’s motion controls – it’s traditionally been slow to embrace things like HD visuals and better online infrastructure, to name a few. As such, while Nintendo regularly impresses with its first-party lineups, there’s always something else missing that you just wish it were there. And in that case, it’s far from guaranteed that Nintendo’s next console will implement technologies like SSDs, let alone 4K resolution, even.

Rumble in the DK Jungle

Failing (or perhaps in addition to) that, I’d love to see Nintendo take another chance with its HD Rumble technology. The company made a big fuss about haptic feedback technology ahead of the Switch’s launch, and rightly so, as it could turn Joy-Con controllers into something remarkably tangible. The 1-2-Switch launch title comes to mind here, which puts HD Rumble at the top of its otherwise mediocre offerings.

And thanks to the PS5’s Dualsense controller, we know that haptic feedback can greatly benefit player immersion. Haptic feedback lets you feel the click of sword against shield in Demon’s Souls. The crackle of a thunderstorm in Astro’s playroom. Charge your alt-fire in Returnal.

On paper it sounds like a gimmick, but haptic feedback on PS5 has proven time and time again to be an extremely welcome feature, and something I’d like to see Nintendo have more faith in. The feel of your kart’s tires hitting gravel, getting hit in the back by a red shell, or being tossed about by a Bob-Omb explosion, HD Rumble can only benefit a game like Mario Kart 9.

What’s perhaps most interesting about the Mario Kart series is that it can serve as a barometer for the state of Nintendo right now. Super Mario Kart and Mario Kart 64 were pretty rough around the edges, but both represent a transition to 3D space – the former with Mode 7 pseudo-3D technology, and the latter with early polygon graphics.

The series beyond that flourished with plenty of experimentation. Double Dash, for example, changed things up with a two-character-per-kart setup. Mario Kart DS, meanwhile, was Nintendo’s first foray into handheld online gaming. The Wii introduced bikes that have been a mainstay ever since. Finally, Mario Kart 7 added paragliding and underwater sections while Mario Kart 8 literally turned the gameplay on its head with anti-gravity tracks.

The thing is, almost every Mario Kart game brings something new to the table. But not just in terms of gameplay, as most of the titles in the series also end up being among the top games on their respective platforms. I’m still amazed by the incredible art direction and visual fidelity of Mario Kart 8 Deluxe – and it’s a five-year port of an eight-year-old game.

Mario Kart 9, then, is likely to go above and beyond in the visual department if it launches on new Nintendo hardware. We’ve since seen how great the series can look in 4K, thanks to emulation efforts with Mario Kart 8 Deluxe. However, this is upscaled from 1080p, and we’ve yet to see a Mario Kart title created from scratch with 4K resolution in mind. That’s something Mario Kart 9 can hopefully deliver if it skews the Switch in favor of Nintendo’s next-gen hardware.

That’s a lot of speculation for now, then. Ultimately, Mario Kart 9 will probably be unlike anything we currently imagine. Well, plus the basics of driving go-karts on extravagant courses with a goofy cast of plumbers, princesses and reptiles. I look forward to whatever a new Mario Kart has in store, though, and can only hope it lives up to the supreme quality of its immediate predecessor.