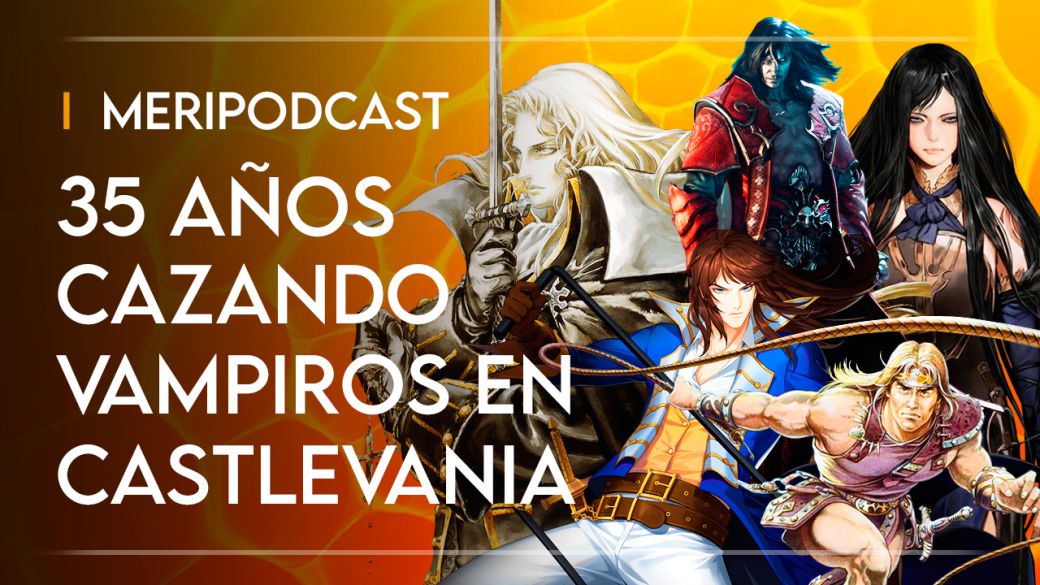 The fifteenth season also begins on the Meripodcast Retro, and it couldn’t have started better: celebrating the 35th anniversary of an iconic saga, pure nobility in video game history: Castlevania. Since it was born on the Famicom disk system (which would be our NES) on September 27, 1986, the Konami series has occupied a prominent place in the history of various systems, occupying a prominent place in their catalogs.

Die, monster. You don’t belong to this world

During this hour and a half of “canned radio”, Juan Arenas, Carlos Forcada, JoaquÃ­n RelaÃ±o, Sergi “Motenai” and Francisco Alberto Serrano make a journey of just over an hour and a half from the origins to the present day. trying to go through the highlights of deliveries and dwell on some of the most remarkable details that our experience, knowledge and memories allow us. From the original Castlevania on NES, we review the first 8-bit iterations, its versions on Game Boy and its great audiovisual leap on PC Engine CD, Super Nintendo and Mega Drive, (Rondo of Blood, Super Castlevania IV and Bloodlines) three gems whose luster does not fade. And, of course, we continue with Symphony of the Night and other gems that have elevated the catalog of Game Boy Advance and Nintendo DS. We also found a space to talk about some of the early and unfortunate attempts to bring the series to 3D.

A journey accompanied by images and some of the most brilliant musical compositions in video games, with absolutely essential and immortal themes such as Bloody Tears, I Am the Wind, Requiem, The Silence of the Daylight and other gems. sound that are part of the legacy and personality of the Konami series.

Thank you for listening to the Meripodcast, don’t forget that you can find the audio version only on our usual channels at the address Itunes, Spotify e Ivoox.

Source of the article

Disclaimer: This article is generated from the feed and is not edited by our team.

Nintendo is making it official: a 4K Switch Pro is definitely not happening