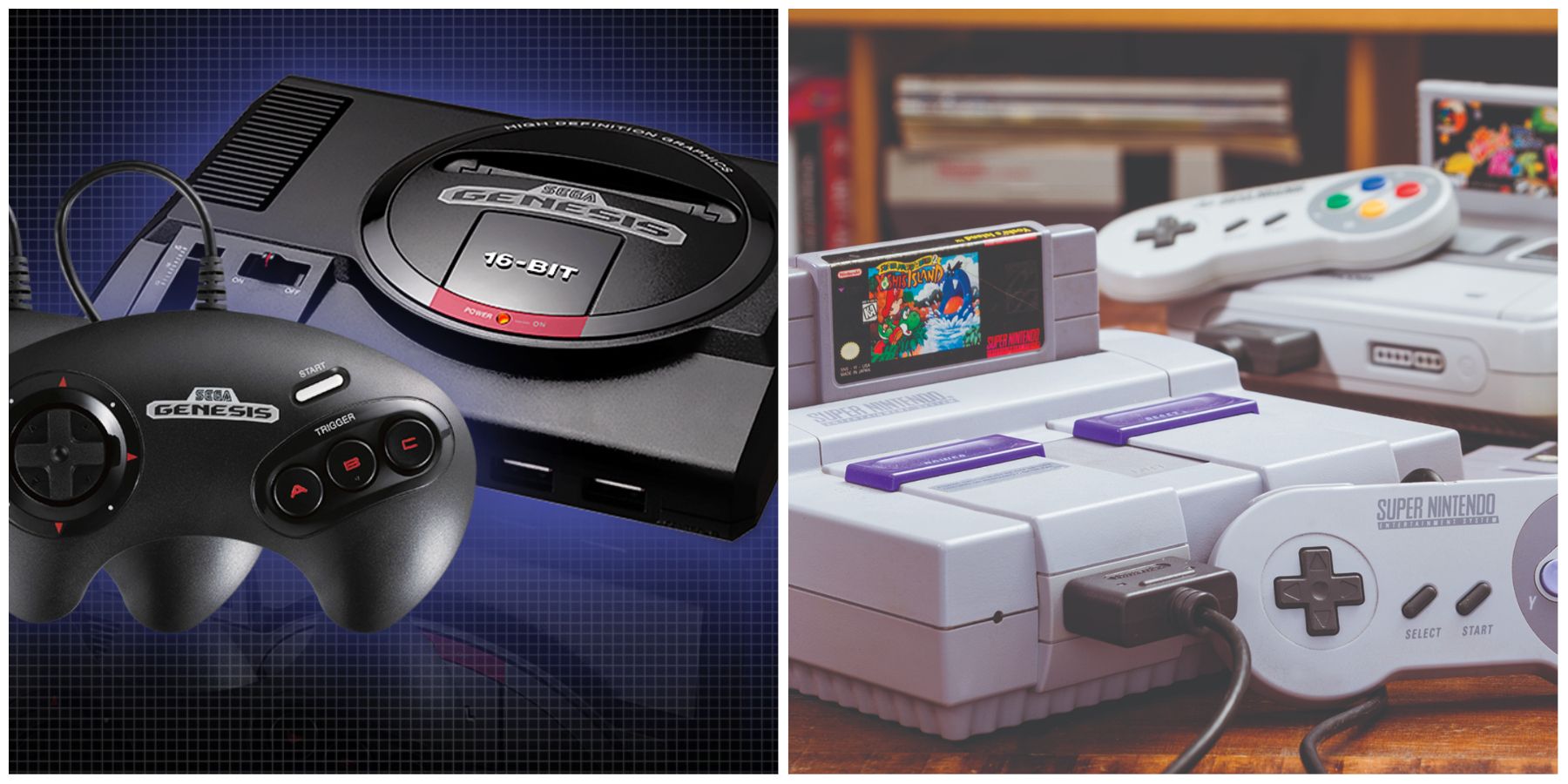 When it comes to hobbies, video games have always been expensive. While clubs can cost golfers a few hundred dollars, they don’t have to shell out $70 every time they want to try a new course. One of the most expensive parts of gaming has always been the consoles themselves, and while prices are pretty competitive between the big companies, that wasn’t quite the case back when Nintendo and Sega seemed to make up the rules as they went.

With Nintendo and Sega debuting in the early 1980s when the hobby was gaining momentum, both companies could set their price and stick to it, with little to no competition forcing the price down. . Looking back, the Sega and Nintendo consoles seem to have fair prices, but adjusted for inflation, they paint a different picture.

Sega – From Genesis to Dreamcast

Entering the gaming market in 1983 with the SG-1000, Sega rose to prominence in Japan, selling around 1.4 million units in just five years. The original $65 price of the SG-1000 seems unbelievable today, but when adjusted for inflation, that price makes more sense, especially considering the market. In the early 1980s the game was fairly new and very specialized, so selling the SG-1000 at such a reasonable price was smart. Sega released the Master System two years later and pushed their luck a bit by charging a lot more for essentially the same kit.

As Sega had become popular in Japan, it reached new heights with the Sega Genesis. Entering stores in 1988, the Genesis sold for a higher price, but it proved to be much more valuable than its predecessor. The Sega Saturn would soon follow, and that’s when Sega seemed to get too cocky. The Saturn came out at a frankly ridiculous price, making it the most expensive Sega console when adjusted for inflation.

Towards the end of the 1990s, console manufacturers began to offer more competitive prices for their consoles. Sega’s last home console, the Sega Dreamcast, was released in 1998. The Dreamcast originally retailed for just $199, a steep drop from the Saturn and on par with the Genesis a decade earlier. However, this reasonable price did not help Sega’s sales, leading the company to abandon the console market altogether.

Nintendo – From NES to Switch

When you look at Nintendo’s long history of making consoles, it’s surprising to see most machines selling for around the same price after adjusting for inflation. The only real outliers are the first two consoles, the NES and SNES. The NES launched when gaming was in its infancy, releasing two years before the Sega Genesis. As a niche product, Nintendo sold the NES at a reasonable price.

The NES was a hit around the world, and for its follow-up, Nintendo would raise the price dramatically. Although essentially double the price of the original NES, the SNES was also a huge success, selling for the same price as the Genesis released three years earlier in the United States. In the late 1990s, Nintendo was forced to be a little more competitive with the Nintendo 64, which was released just before the Sega Dreamcast and after Sony’s revolutionary PlayStation.

This is where Nintendo’s pricing trend begins, with all future consoles roughly the same price to stay competitive. Although Nintendo’s biggest rival, Sega, announced its departure from the console scene in 2001, Nintendo still had plenty of competition. The GameCube had to compete with both the PlayStation 2 and the surprise newcomer Xbox, and therefore sold for $100 less.

Moving on to Nintendo’s more modern consoles, the Wii was launched in 2006 and retailed for $249.99. By comparison, the Xbox 360 retailed for $400 and the PS3 launched at $499.99. The Wii’s lower price and family-focused marketing ensured huge success, which the Wii U couldn’t match despite the reasonable price. The Nintendo Switch, on the other hand, seems priced perfectly, offering both a handheld and home console in one sleek package.

MORE: Every Time Sonic the Hedgehog Has Worn Other Video Game Costumes