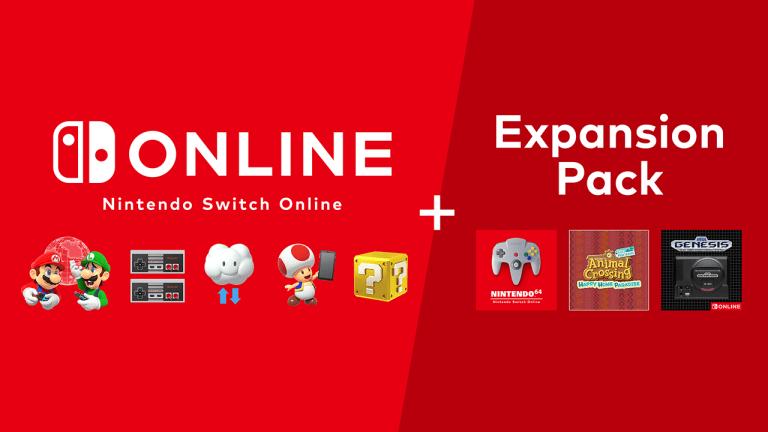 Today marks the launch of the Nintendo Switch Online Expansion Pass, a truly absurd evolution of Nintendo’s online ambitions, if we can even call them that, given that they systematically treat the internet as some kind of alien code that is going to take decades to decipher. .

The Switch Online Expansion Pass increases the price of the original Nintendo Online service by 2.5 times, with the increase adding a small collection of SEGA games and some N64 classics. Also an Animal Crossing expansion, for some reason.

Presumably, Nintendo likes to make money. And yet, they refused to acknowledge that they are sitting on the Hope Diamond of potential gaming subscription services for reasons that I can’t even begin to understand.

Obviously, the biggest games subscription deal right now is Xbox Game Pass, which offers plenty of games including new releases for a constant subscription price. Microsoft is more or less basing its entire platform strategy around that these days.

Nintendo might not want to put its latest hits on a subscription service (and neither will Sony, clearly), but they have a unique back catalog in the industry. What if, instead of fragmenting it and reselling it across generations, they compiled it into one continuous subscription service that no Nintendo fan could refuse?

The idea is easy. You take any game, in any generation, that Nintendo still has the rights to or can negotiate for, and put it into a $ 10 to $ 15 monthly subscription.

So I’m talking about at least NES, SNES, Game Boy, N64, GameCube, GBA, DS, and 3DS. And you can decide when to add Wii, Wii U, and Switch games to it in time. That would be a lifetime account, where whatever new hardware Nintendo offers, your subscription is kept and you can download any classics you want to play on that new hardware. The ultimate virtual console system that travels with you, and isn’t broken into those ridiculous chunks like we’re seeing now, or forcing gamers to repurchase games they’ve already purchased 2-3 times. And a way to at least offer some sort of legal alternative to the thousands of emulators who have been putting these games online for years already anyway. We have barely saw it start with NES and more recently some SNES games on Nintendo Switch Online, but it’s miles from where it needs to be.

If handled properly I think it would ultimately make more money than we have already seen mini consoles, individual VC sales, expansion pass upgrades, whatever. A simplified version of all Nintendo classics would be a must-have for millions of gamers and would be a constant source of revenue for Nintendo as long as it remained viable across all hardware. They could keep adding it to increase its value, and while it’s not in direct competition with Game Pass, focusing on old games rather than new ones, it’s… good? It basically means that they have this whole market to themselves. Sony is already doing this with PS Now to some extent for its classic PS games, and the fact that Nintendo is doing things like increasing the price of its online service 2.5 times so that it can block nine N64 games there is everything. just ridiculous.

I don’t know what the obstacle is here. I know Nintendo can’t get the rights to all game on its old systems at this point, but it has more than enough classics under its umbrella to make something like this work. They may think they get the most out of it with selling or reselling individual games or expansion passes, but I promise they don’t, and a true virtual console subscription encompassing all would be an income generator like they have never seen before.

Pick up my sci-fi novels on Herokiller Series and his audio book, and The Terrestrials trilogy, also on audio book.

Nintendo Switch Online + expansion pack is not a good deal