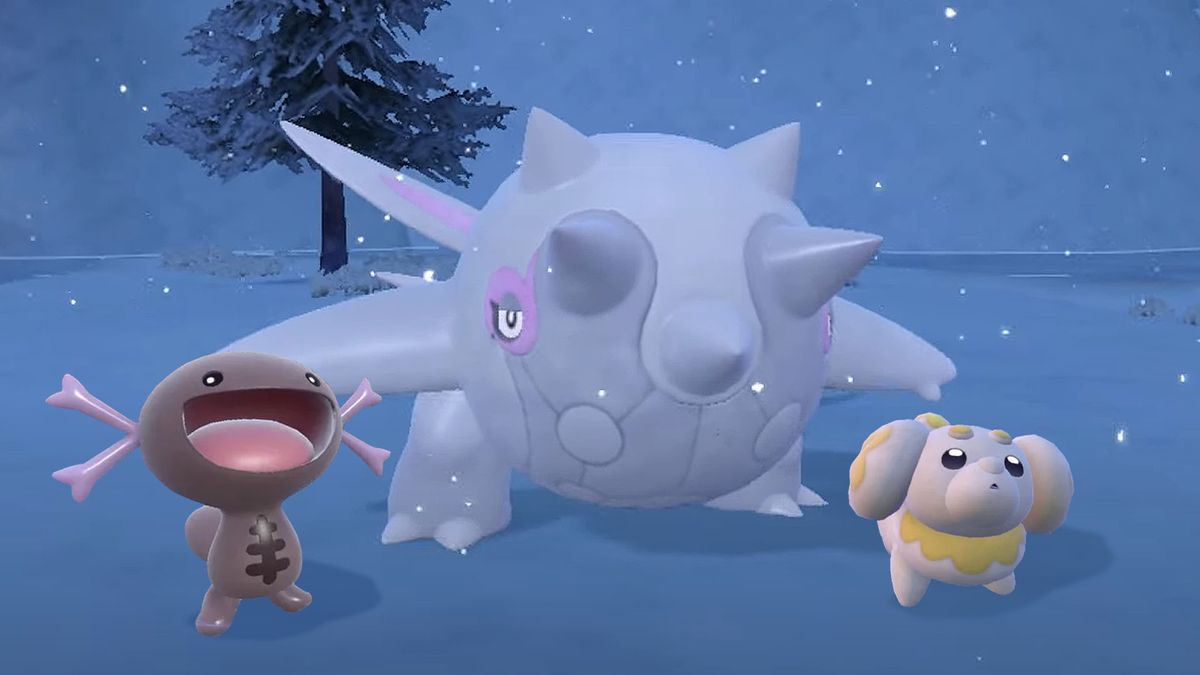 Nintendo recap: Switch sales are down but new Pokémon Scarlet and Violet additions have us on fire

Hello Nintendo fans and welcome to the latest recap. It’s been a pretty busy week for Nintendo. First, we had a Pokémon Presents which explained upcoming events for several Pokémon games and also gave us a better look at Scarlet and Violet. Besides, Nintendo’s latest financial report revealed some startling information. We also finally learned when the highly anticipated Minecraft amiibo will be released. There’s more to discuss, so let’s get to it.

The latest Pokémon Presents took place on Wednesday morning and announced several updates for various Pokémon titles on different platforms. After talking about the first anniversary of Pokémon Unite and the return of Mewtwo in Pokémon Cafe Remix, the presentation ended with a focus on what everyone really wanted to hear about – Pokémon Scarlet and Violet.

We’ve finally seen the Legendary Pokemon – Koraidon (Scarlet) and Moraidon (Purple) – function as vehicles that can have you rolling across land, climbing cliffs, swimming through water, or flying through the air. The presentation even showed that players can ride alongside each other in multiplayer and explore the world by defeating Gyms in any order they choose.

Two new Pokémon, along with a new regional variant, have also been revealed, with one stealing the hearts of the online community. There’s Paldean Wooper, a Poison/Ground-Type variant; Cetitan, an ice-type land whale; and Fidough, the best donut dog one could ask for. It only took Twitter a few minutes to erupt in a shower of Fidough fan art.

While it was nice to see some new faces, we didn’t get an official number on how many Pokemon would be in the Gen 9 Pokédex. However, many familiar Pokémon were shown in the video, which doubled the number of all confirmed Pokémon we know will appear in the game.

The main gadget for Gen 9 has also been revealed. The Terastal Phenomenon allows Pokémon to shine like gems with ridiculously large glittering crowns on their heads. As @Olivart_ on Twitter illustrated in their meme, imagine a Ring Pop on a Pokemon’s dome and you basically get the idea.

When transformed, Terastallizing makes Pokémon moves stronger and sometimes even changes their types. Pokémon with rare Tera types are more likely to appear in Tera Raid Battles, which are like an upgraded version of Sword and Shield’s Max Raid Battles. You can still battle special Tera Pokémon with other players, but you don’t have to wait for your turn to attack or heal, which was a frustration many players felt with Max Raid Battles. Once the Tera Pokémon is defeated, you will have a chance to catch it.

Nintendo’s official site says Scarlet and Violet each have a file size of 10GB, which is larger than Pokémon Legends: Arceus’ 6.1GB, but less than Sword and Shield’s 12.4GB. It’s hard to say why it’s significantly smaller than Gen 8 right now, but it might have something to do with the more open-ended nature of the game rather than needing to encode specific linear data. In any case, make sure you have enough space on your microSD card before the game is released.

As NPD recently reported, sales are down in the video game industry now that the pandemic influx has subsided, and even Nintendo couldn’t avoid it.

According to data from Nintendo’s latest financial report, released on Wednesday, Switch hardware is down 22.9% year-on-year, while software is down 8.6%. This was to be expected, as the last two years have been on an unprecedented scale, with people seeking out forms of entertainment in their homes, prompting them to buy more consoles and games than usual. Additionally, the shortage of semiconductors has made it more difficult for companies to produce consoles.

Despite all of these dwindling sales numbers from last year, the Switch continues to be the best-selling console this year in terms of units sold and is now Nintendo’s best-selling home console with over 111.08 million sales.

We also saw an interesting change with the latest report. There has long been a debate about buying physical or digital versions of games. Nintendo said there were more digital sales in the last quarter than physical sales, with digital downloads accounting for 53% of the total. As we move forward into the future, we will likely see the numerical numbers continue to increase.

On Friday, Mario Kart 8 Deluxe – Booster Course Pass Wave 2 was released for anyone with a Nintendo Switch Online + Expansion Pack membership or who purchased the DLC separately. This second wave brings with it eight new courses divided into two Cups.

Arguably the most exciting new track is Waluigi Pinball, a fan favorite that originally comes from Mario Kart DS. However, Wave 2 also brought us a never-before-seen track called Sky-High Sundae, which will eventually make its way into Mario Kart Tour. Until now, we didn’t know if Nintendo would create any brand new tracks for the DLC. That means we might have more surprises down the road.

Even if you don’t particularly like playing fighting games but are a fan of Minecraft, these figures are really nice and will look great on a shelf. They are currently available for pre-order.

Train your own Steve and Alex amiibo in Super Smash Bros. Ultimate with this two-pack. They also make great collectibles for any Minecraft fan.

What Switch games to play this week

If you’re looking for something meatier, I highly recommend Xenoblade Chronicles 3. In my review, I talked about the expansiveness of the world and the emotional personal journey of the characters. Plus, it’s great value for money, as many people say it takes over 100 hours to beat it.