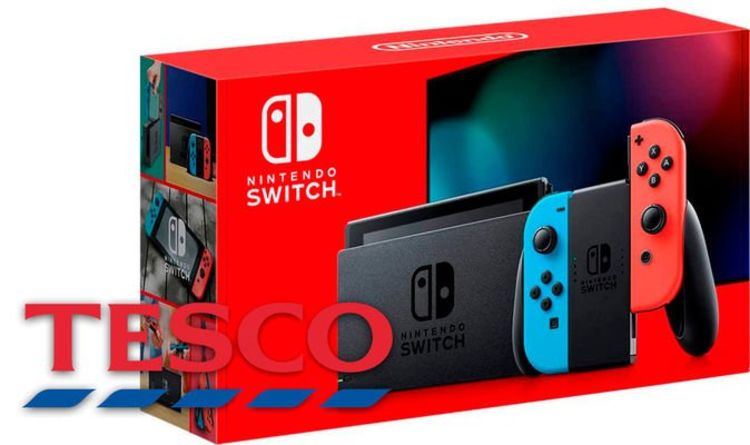 Rumors are swirling that supermarket giant Tesco is set to cut the price of the Nintendo Switch to £219. That would be a saving of £40 off the typical price of £259, and would be one of the lowest prices the Nintendo Switch has ever sold. These rumors come courtesy of hotukdeals, with one community member claiming that this Switch deal will launch on Friday, January 28 with the promotional price available exclusively to Clubcard members.

It has been claimed that this deal will run until February 10 and the recently released Nintendo Switch OLED will also be available at a record price.

Instead of the usual price of £309.99, the Switch OLED would be available to Tesco Clubcard holders for £269.

That’s the lowest price the OLED Switch has ever gone on sale for, and just ten more than the standard Switch’s typical RRP.

A post about the leaked alleged deal, which was revealed by hotukdeals member Renshy, reads: “From tomorrow, the Original Upgraded Battery Switch will cost £219 until 10th February for Clubcard customers.

“£50 more will get you the upgraded OLED model which I think is better, but it’s handy for people who don’t care.”

As always with rumors or leaks, it is best to take things with a grain of salt until official confirmation.

But Tesco has form in handling deals like this. In November 2021, Tesco reduced the price of a Nintendo Switch Mario Kart 8 bundle to £239 for Clubcard members.

This offer, which was available as Black Friday approached, also included three months of access to Switch Online.

If Tesco ends up selling the Switch for £219 this week, it will be one of the cheapest prices ever listed for the Switch.

Earlier this month, Asda did a few pounds better than Tesco was rumored to be, with the Switch available for £215 on its own.

If you haven’t bought a Switch since it launched nearly five years ago, but are interested in one, now is the perfect time to do so – thanks to the amazing range of deals from saving money that are posted online.

Over its nearly five years on the market, the Switch has built up an incredible library, with tons of must-have games like The Legend of Zelda Breath of the Wild, Super Mario Odyssey, Mario Kart 8 Deluxe, Animal Crossing New Horizons, Monster Hunter Rise and many more.

And there are even more great games around the corner, with this year’s highly anticipated Breath of the Wild 2 launching on the Switch along with Splatoon 3, Kirby and the Forgotten Land, Bayonetta 3 and more.

This month, Switch fans were also treated to one of Nintendo’s most anticipated releases of the year – Pokemon Legends Arceus – which takes the Pokemon franchise in a bold new direction.