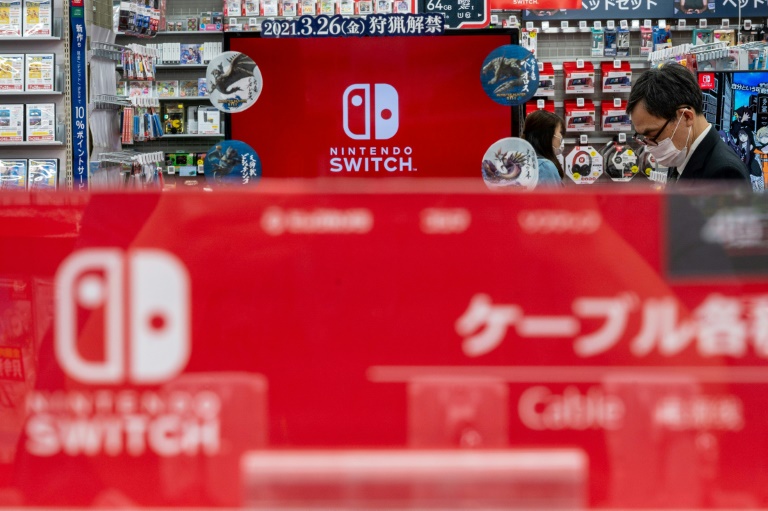 Nintendo Switch is the most popular handheld console of all time

In the past, sales of new Nintendo consoles tended to peak the third year after release and then decline – Copyright AFP Philip FONG

New data indicates that the Nintendo Switch is the the most popular handheld console of all time, with an average of 20.7 million sales each year – although sales are not the only factor to consider when assessing overall popularity. First released in 2017, the gadget has sold over 103 million units, averaging 20.7 million in sales over the past seven years. It’s not something static as the Switch’s popularity continues with over 11 million monthly global searches for the handheld console.

The Nintendo DS comes second, with 154 million sales since its release in 2004. The DS was the first portable gaming device to feature dual screens and touchscreen technology. The handheld console is still in high demand, with around 449,000 global monthly searches on Google, the fourth highest of any handheld console.

Overall, Nintendo holds four of the top five spots on the most popular handheld consoles of all time rankings, which were compiled by solitaired.com and provided to Digital newspaper.

As for how the gaming platform metrics were assembled, the overall ranking was based on all-time sales, sales relative to years since release, and overall estimated number of Google searches.

The general rankings are:

The Nintendo 3DS comes in fourth place. As the successor to the DS, the 3DS aimed to once again redefine handheld gaming with the introduction of 3D technology. The console was first released in 2011, initially struggling in the market. However, the introduction of alternative models, such as the 3DS XL and 2DS, boosted sales significantly, with around 76 million units sold in total. Worldwide searches for the Nintendo 3DS are estimated at 324,000 per month.

Sony’s PlayStation Portable, more commonly known as the PSP, closes out the top five. It was Sony’s first handheld console, marketed as “the most powerful handheld console” when it was released in 2004. Since then, the PSP has sold over 82 million units, an average 4.5 million per year. Searches for the Sony PSP are estimated at 442,700 per month worldwide.

Switch’s best-selling games in Japan after five years, according to Famitsu