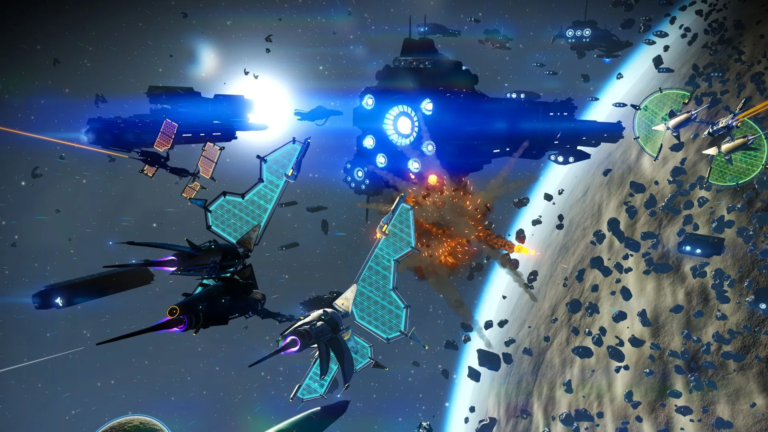 After more than six years since its original release date, No Man’s Sky come to nintendo Switch consoles.

The open-world space exploration game developed by Hello Games has seen one of the industry’s most historic rises from mediocrity. On leaving for PlayStation 4 only, No Man’s Sky was considered void of content despite being home to millions of planets. Players also complained about certain aspects of the game that seemed to be missing in the actual game compared to the marketing material.

A lawsuit was eventually filed against the developers for this apparently misleading content, but the developers have been cleared of the allegationsmainly due to the procedural generation of No Man’s Sky making the experience very different for each player. Since then, Hello Games has redeemed itself with the community offering lots of content updates for free to make the game more enjoyable.

nintendo Switch users wondered if they would ever get the chance to play one of the most definitive space exploration titles out there. The answer for a while has been in the air ever since the devs said they were working on a port but couldn’t give fans a release date. That changed this week, however. Bandai Namco announced No Man’s Sky will be released on Switch later this year.

The exact release date for the Switch is October 7, 2022. This comes with a physical release on PlayStation 5. This is obviously a huge game release for the Switch. But it is perhaps even bigger due to the fact that the game will come with its many released expansions including Pathfinder, Companions, Foundation, etc.

Basically, this means Switch users will be able to experience No Man’s Sky in its final form from day one. Any expansions released in the future will likely arrive for Switch users as well.

However, one feature that won’t be coming to the Switch port is the ability to play it in VR. The Switch doesn’t have many VR capabilities outside of the limited Labo VR technology. Comparatively, No Man’s Sky is fully playable in VR on PC and PlayStation.

We should know more about other graphics details, such as frame rate and resolution, to No Man’s Sky on Switch as the release date approaches. According to the gameplay trailer, players should expect the same graphical experience as the PS4 version.