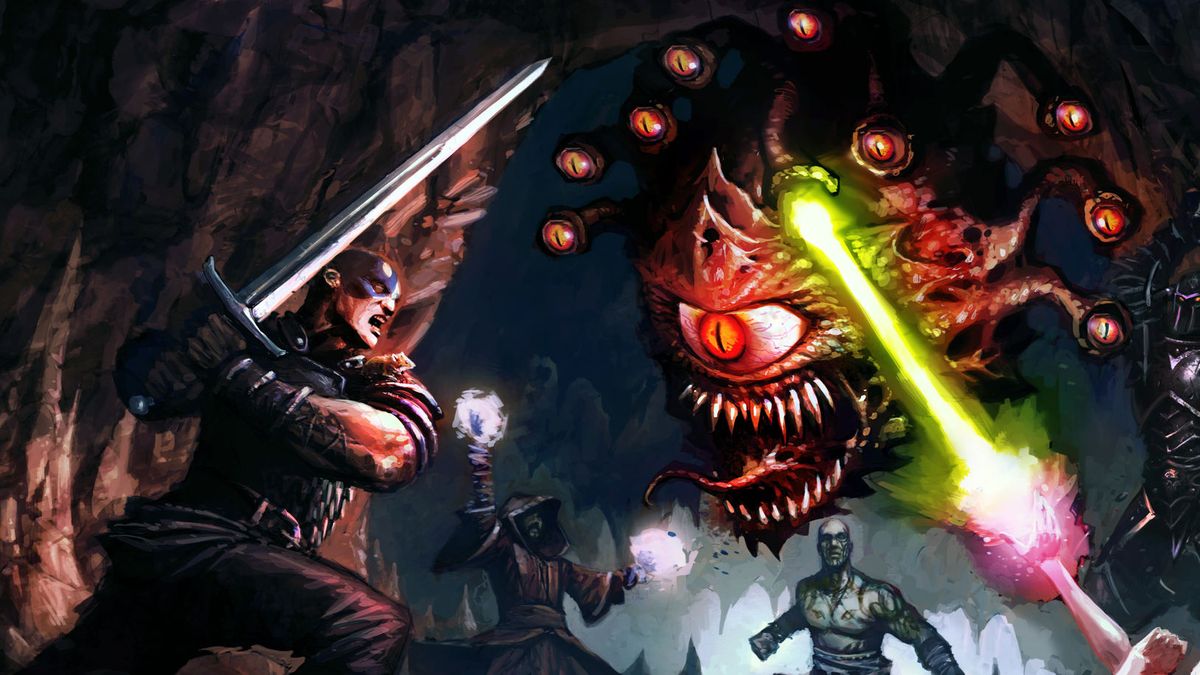 To say I was skeptical of the Nintendo Switch port of Baldur’s Gate would be to sell my cynicism short. The idea of ​​using an analog stick to play a crisp, isometric RPG just didn’t sit well with me. With so many objects to interact with, enemies to hit, spells to select, and party members to manage, how could a single analog stick match the deft multidimensional movement of a good mouse and keyboard? old ?

Developer Beamdog changed all that. His 2019 Nintendo Switch port of Baldur’s Gate: Enhanced Edition showed me the error of my ways. Analog sticks and D-pads might not be the best way to play BioWare’s classic RPG, but they’re probably optimal for a contemporary RPG audience. Take away the mouse and keyboard and you’ve not only changed the game, but revolutionized it – probably for the better

Baldur’s Gate and analog sticks are not natural companions. The game belongs to an era of PC gaming where isometric dungeon crawlers hadn’t adopted controller sticks. For years you could only play the game using mouse and keyboard – save for one Android port best forgotten – setting the standard for PC RPGs for years to come. .

It’s easy to see why. Controlling a group of characters – each with specific abilities, actions, and inventories – traversing multiple on-screen menus and pop-ups, and navigating dense dialog trees all lend themselves to mouse setup. Traditionally, you would move your party of adventurers by clicking anywhere on the map, much like controlling units in an RTS.

It’s still possible in the Switch port. You can choose to use a fixed cursor, moving the map around a central crosshair to select objects and places of interest. It works quite well and is certainly a more elegant way to incorporate a slider into the handheld console than tying it directly to an analog stick.

But Beamdog’s stroke of genius was to ditch the cursor altogether. You don’t need to control your character by proxy by clicking on the map. Instead, you can directly control their movements with the left analog stick, much like you would move your character in the console versions of Diablo 3 or Dragon Age.

Rather than clicking on intractable objects and waiting for your character to pass, you can take them there directly. Rather than selecting an NPC and watching your adventurer sneak up on them, you can walk on your own. Combat is no longer a flurry of furious mouse clicks as you rush to position your party. Instead, you can take control of each character directly and arrange them in optimal positions.

Everything works deftly and is integrated so easily that I rarely, if ever, feel the need to switch to the alternate slider-based control scheme. When it comes to anything unrelated to movement and interaction, the port handles that through full use of the Switch’s many buttons and shoulder pads. You might not be able to navigate its menus as quickly as with a mouse, but that was never on the table.

And this is the crux of the problem. This analog stick control scheme not only makes Baldur’s Gate manageable for a compact handheld console like the Nintendo Switch, it makes it eminently playable by altering its feel. The game plays and feels more like a contemporary action RPG than a crisp isometric dungeon-crawler of yesteryear. It’s surely more appealing to modern audiences who grew up on Diablo and Dark Souls rather than the Dungeons & Dragons sessions on which Baldur’s Gate’s original player base was raised.

Pillars of Eternity and Divinity: Original Sin did keep the old-school isometric flame alive for gamers ready to soak up that style of gameplay. But adapting classic titles like Baldur’s Gate, to which many modern releases owe their inspiration, so that they are more accessible to a wider audience can only be a good thing. If ports are meant to extend a game’s reach to new players, then Beamdog’s efforts here have certainly been on the right track.

A refresh of the action RPG

The analog control scheme isn’t just brilliant for new players, though. The change is also refreshing for a returning gamer who, like me, has already played the original game on PC. I was able to return to the familiar world of Faerûn and navigate the game as I always have, but this time in a totally different atmosphere.

Its already dynamic world feels bolder when you can walk straight through dank dungeon corridors and sprawling city streets, rather than clicking your way around the map. Beamdog hasn’t touched the heart of the Advanced Dungeons & Dragons system that underpins the game, nor changed any plot points, characters, or anything else that returning players will likely remember. It’s the exact same game, only more engaging.

Apart from anything else, it gives me a lot more reason to dig. I’ve experienced Baldur’s Gate and many other similar D&D RPGs. But I never played a feeling as if I had just entered the world of Diablo.

Controller support has become much more prevalent in RPGs since the initial release of Baldur’s Gate in 1998. Baldur’s Gate 3 is currently in development. This game is currently in early access and over a year after release. With several more classes, races, and quality of life improvements to be added, don’t be surprised if gamepad support makes its way into the game in the near future.

If so, Baldur’s Gate 3 will be all the better for it. As Beamdog’s Switch port of the first entry in the series showed me, throwing away the mouse and keyboard tradition that has become so entrenched in computer RPGs can do wonders. Not only did this allow Beamdog to create a port suitable for Nintendo’s handheld controls, but it did so in a way that was as appealing to new players as it was refreshing to old ones.

Hopefully other RPG developers will embrace the analog stick and not be as afraid of directional sticks as I am.