This monthly series compares the aligned global sales of the PlayStation 5 and PlayStation 4. 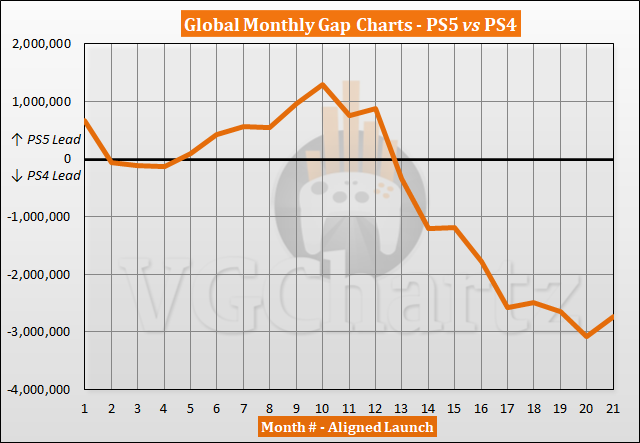 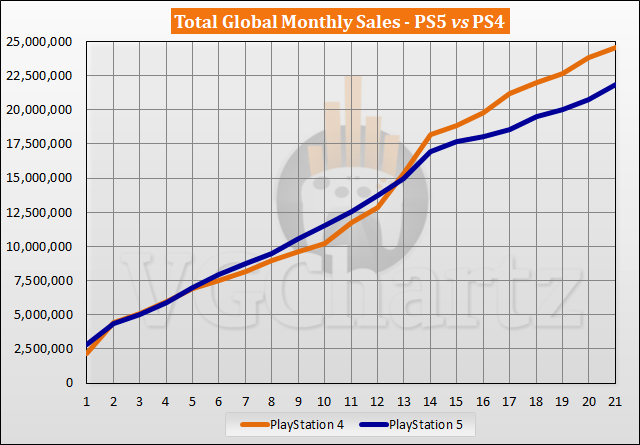 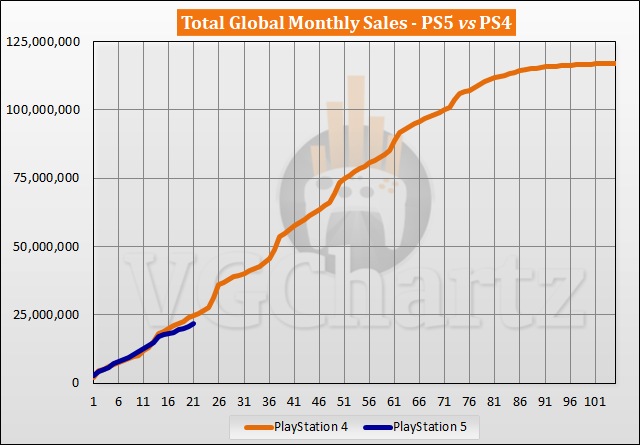 A long-time and passionate player, William D’Angelo was first introduced to VGChartz in 2007. After years of supporting the site, he was hired in 2010 as a Junior Analyst, rose through the ranks to Senior Analyst in 2012 and took over Estimates material in 2017. He expanded his involvement in the gaming community by producing content himself Youtube channel and Twitch Channel. You can contact the author on Twitter @TrunksWD.