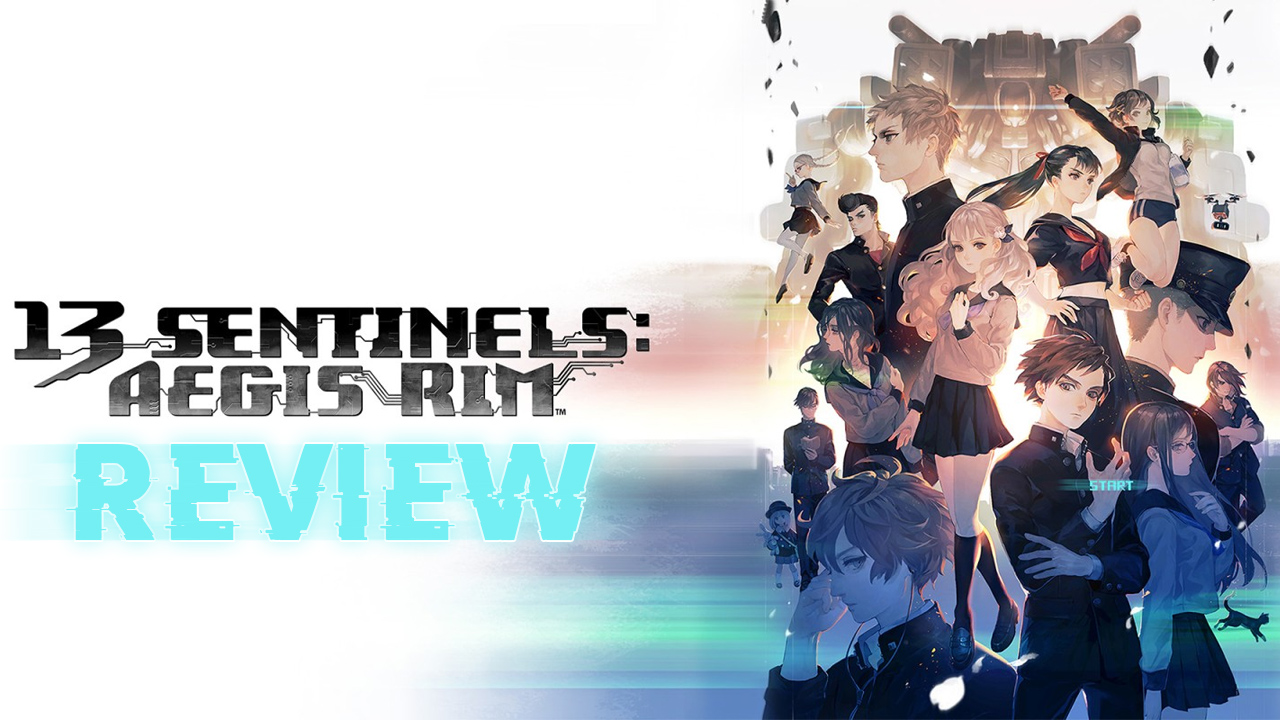 Let’s Waste No Time – 13 Sentinels: Aegis Rim is a testament to video games as an art and storytelling medium.

It was one of my favorites of 2020 and will likely be a favorite of 2022 again. If the idea of ​​a multi-character sci-fi tale that leaves virtually no corner of the genre unexplored, and that the gameplay” in the traditional sense don’t bother you (but don’t forget, because there’s an enjoyable strategy game here) in favor of unraveling a plot that spans a decade; go there as blindly as possible. The more discoveries you can make on your own, the better, and everything that was critically acclaimed about this one is present and accounted for on Switch.

If you prefer a bit more conviction and elaboration instead, or if you already love this game and want to share that feeling, then let’s take it over the top.

13 Sentinels is the latest in a long line of beautiful games from Vanillaware. You may be familiar with their penchant for high fantasy worlds or stunningly illustrated food, but Aegis Rim in particular draws inspiration from two of their past works. Like Odin Sphere, we have an overarching story that’s explored via a cast of intersecting main characters, and like GrimGrimoire, we have a strategy game nestled within a mind-bending and time-bending plot.

These aspects are more fully realized and developed here. There are thirteen main characters here, each with their own motivations and layers that come to light as you progress. For example, one of these protagonists is from 1945, a military cadet in Japan for the majority of World War II. Thanks to an unexpected time shift, he finds himself 40 years in the future. Initially motivated by a simple wish to return home, as he learns more about the history he has lost, this motivation gives way to a desire to change history, despite the recognition of the revival and the Japan’s progress.

Others focus on more personal issues. One remains optimistic despite all the strange events surrounding them, including a spooky sight from the government at their school and an adorable alien companion. Another finds himself driven by his feelings for another to the point of being exploited by a condescending cat. Still others are more defined by their place in the larger narrative, with the mystery surrounding their origins and their memory loss taking away their sections.

These are just a few of the ways 13 Sentinels uses its kitchen sink of sci-fi concepts to tell its story. While I didn’t enjoy each character as a focal point in the same way, I never questioned their relevance to the overall narrative. Sometimes their significance surprised me, like when scenes could sometimes be revisited but from a different character’s point of view. Ultimately, the bigger picture made me care about each member of this cast and led me to discover what brings them together across time and space. 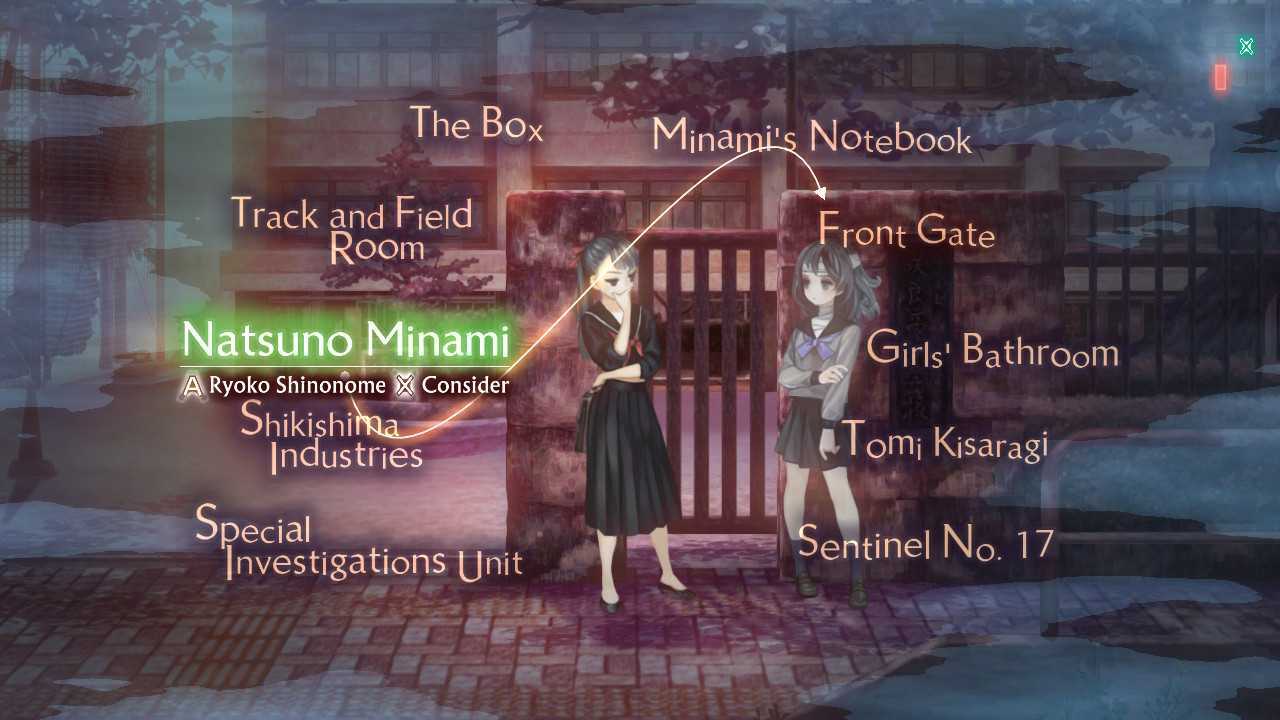 Playing through this story (or “Remembrance”, depending on the game’s main menu) is more or less universal, no matter who you’re controlling at the time. You will find yourself in 2D areas, with other characters or objects encouraging dialogue. As you go, you’ll add keywords to your character’s thought cloud, effectively an inventory of ideas. This will allow you to use them when interacting with others to advance the story.

Now, this is all pretty straightforward (although I’m a sucker for the on-screen Thought Cloud effect) and similar to any number of adventure games. Aside from the strength of the writing and the building of an expansive world, what elevates the experience are the visuals. Vanillaware has outdone itself as only it could. Sun-drenched classrooms mingle with kaiju-fueled devastation. The aftermath of an air raid gives way to an endless entertainment apartment. A sea of ​​stars sends you back to a normal, everyday train platform. No matter where 13 Sentinels took me, I wanted to soak up every detail.

To recap, we have a game with stunning visuals and an engaging story carried by a cast of investable characters. All of this forms the main crux of 13 Sentinels, and all of my fondest memories and obsessive thoughts inhabit these hours. Yet, as briefly mentioned, there’s also a strategy game tucked away here that complements the main storyline. 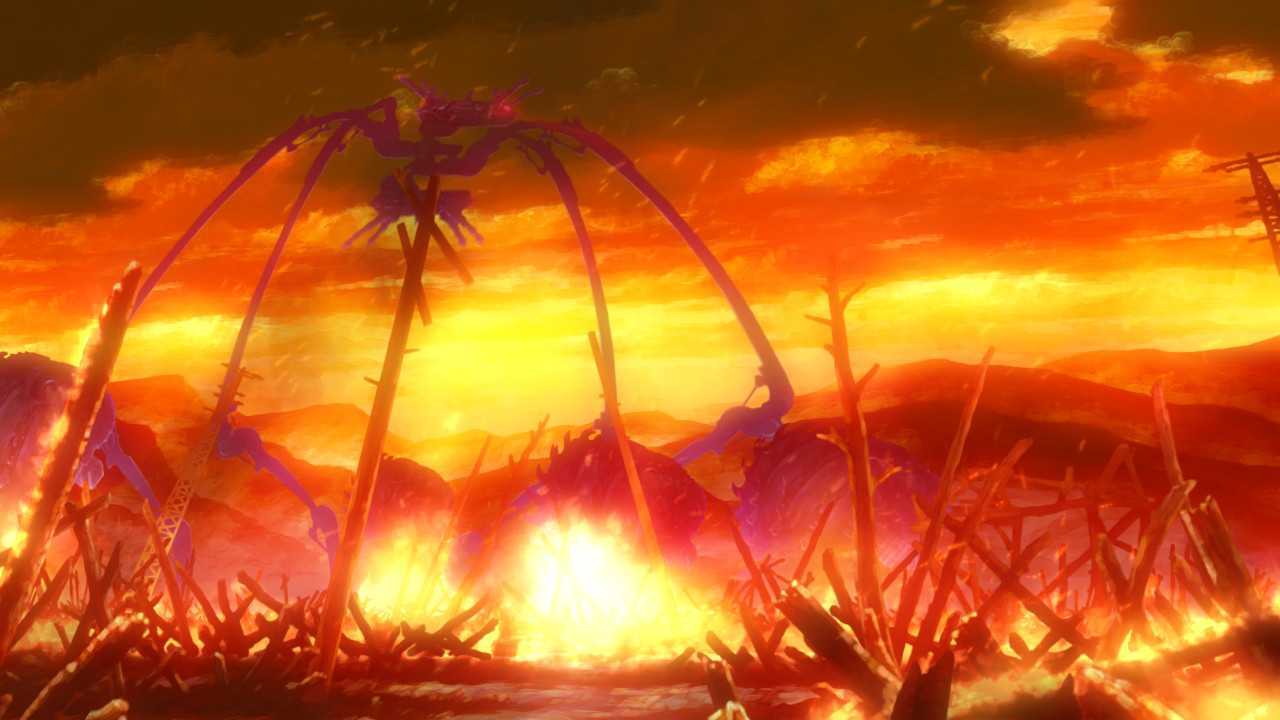 As a fan of the genre, I’m not going to complain, although it does have the unfortunate downside of occasionally preventing me from delving into the story. As you progress through character routes, you will eventually be stuck until you meet certain necessary criteria. These are often tied to your progress in “Destruction”, which is what the game calls its strategy part. It’s not a complete problem, but coupled with the way some routes are structured (requiring you to cover a bit of the same sections before diverging) it leads to pacing issues exacerbated by the fact that sometimes your favorite is momentarily inaccessible.

As for the strategy itself, you’ll have access to all thirteen characters in their mechs on city-scale maps. As detailed in our preview, the perspective is very different here and branded visuals are relegated to character portraits and additional special attack videos.

I enjoyed the variety of Sentinels here, as they are split into distinct generations of models. The former are based on big shots and heavy weapons, but have to navigate the city streets. Newer ones can fly freely and will have more unique abilities, such as shields or mines, but less firepower. It effectively gives you character classes that are more in tune with the narrative, which is just one of the many nice details about this game.

Still, this section can be somewhat repetitive even as new enemy types are introduced. Being able to upgrade each Sentinel to unlock new attacks and skills is simple enough that it never becomes overwhelming, compared to other strategy games that are a little denser with their customization. Each map also has additional rewards and objectives, which give you more insight into in-game elements that push worldbuilding even further, or a currency specifically used to learn more about characters and concepts.

It’s almost as if the game knows that the best reward it could give is more story. 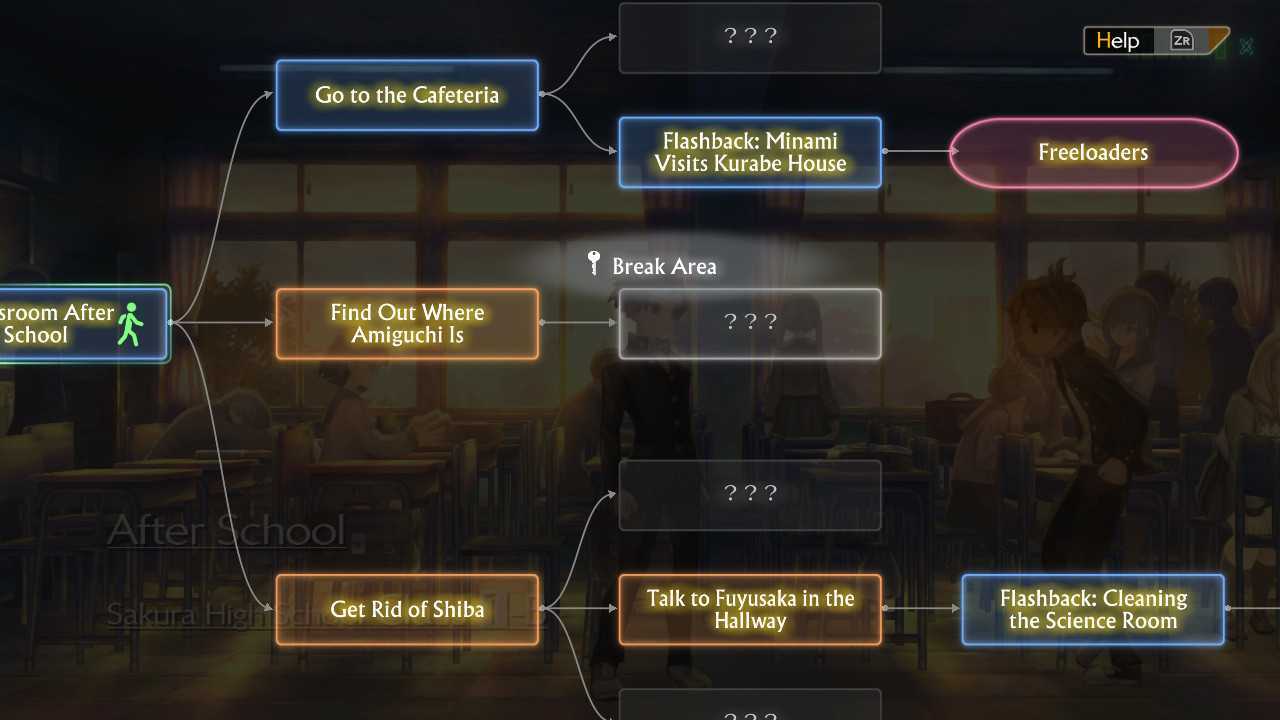 Criminally, 13 Sentinels was mostly sleepy when it released on PlayStation 4. Getting a second chance on Switch has done wonders for other games, and I sincerely hope it does here. When I first performed in 2020, I was doing a dedicated session of it, glued to my couch and piecing together its mysteries. With this release, handheld mode once again reigns supreme. That’s praise I tend to give every Switch port, but here that advantage is doubled just because I can relax and unwind in bed like I would with a book I couldn’t put down – in fact, it is in the best way.

I would like to take a moment to actively congratulate the localization team of 13 Sentinels. There’s a ton of dialogue, extra info, vernacular-relevant period changes, and nuance in this game. Their work is the reason I, and everyone else who speaks English, can enjoy this unique title. in its kind. 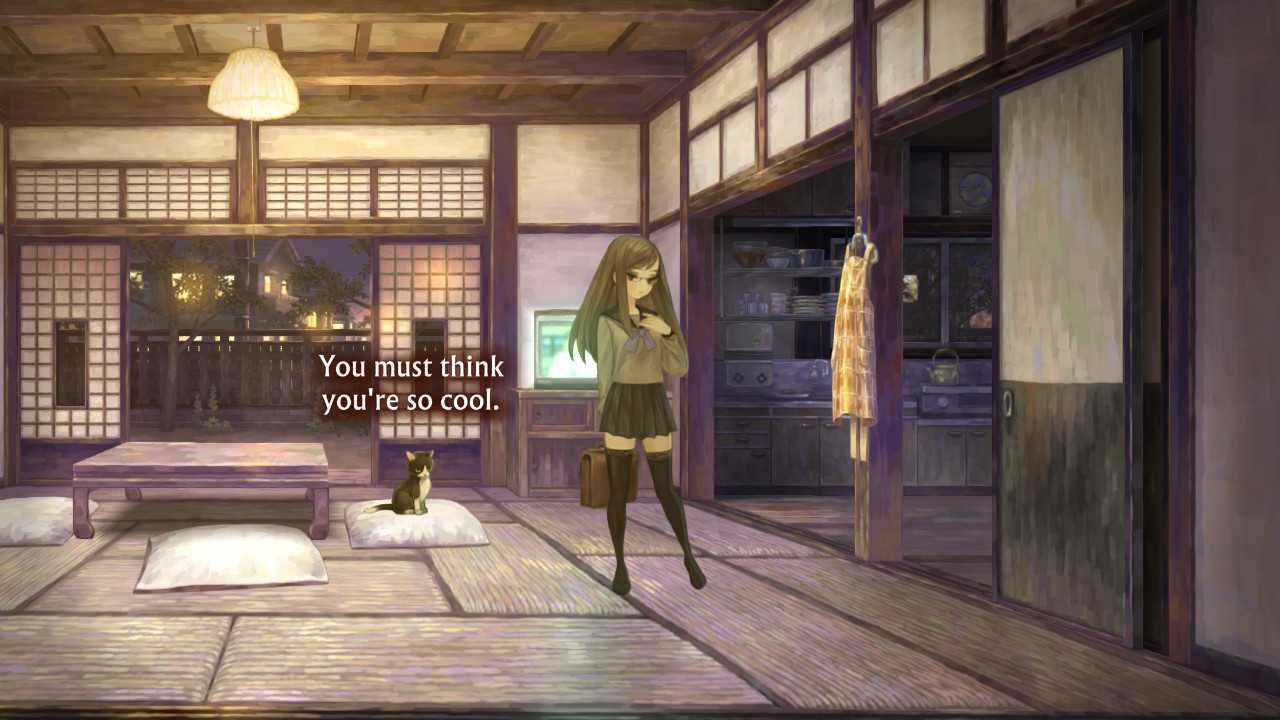 There’s more praise I could heap on the game. It’s performed well in both Japanese and English, the music is evocative and appropriate for what’s happening at any given moment, and run through its analysis of its own plot is addictive in itself. Since I can’t go too deep at this point, believe that 13 Sentinels: Aegis Rim is a must-play game on Switch or any other system.