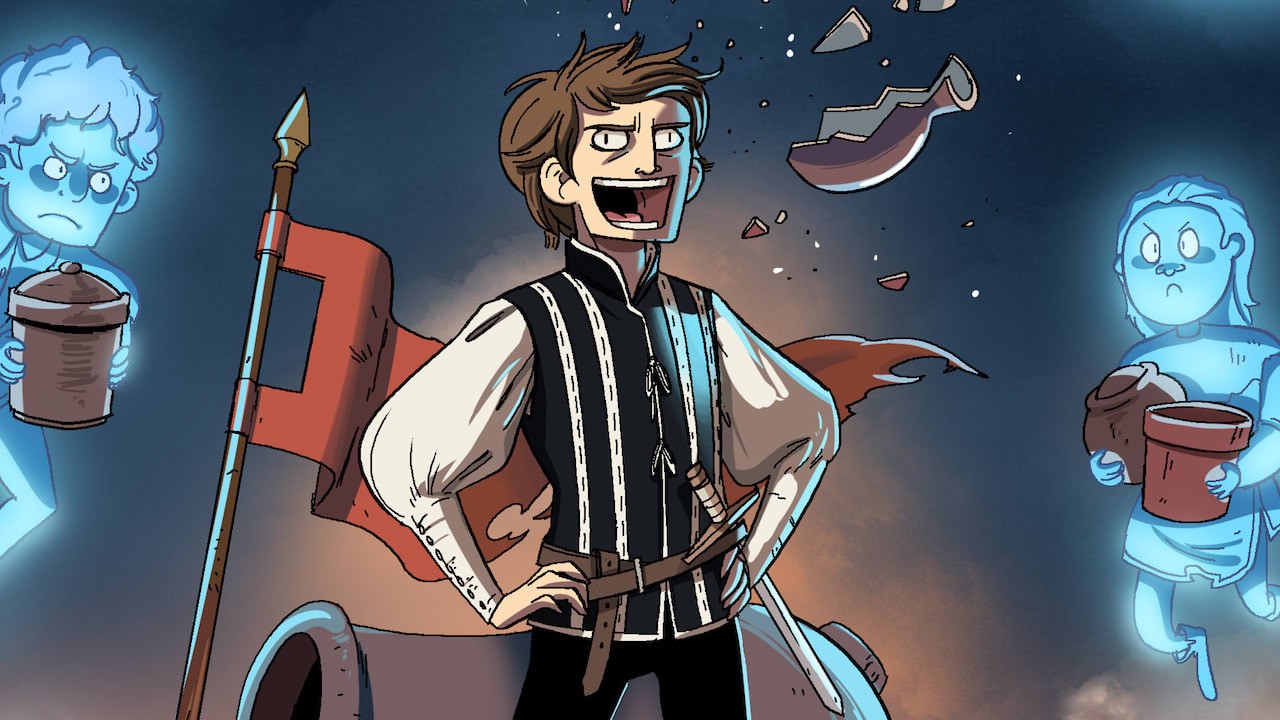 Surprise release of a Shakespeare game on Nintendo Switch? Although it is madness, there is still method in it. You see, something is rotten in the state of Denmark, and you have to fix it at Ryan North To be or not to be, an adaptation of his video game very popular graphic novel, developed by Tin Man Games.

“Wait,” you say. “Where do I know that name, Ryan North?” You may know it from dinosaur comics, or because he’s a successful, award-winning comic book writer with work on adventure time and The Unbeatable Squirrel Girl, or maybe because To Be Or Not To Be was a hugely popular Kickstarter project with artwork from other cool comic artists like Kate Beaton and KC Green and David Hellmann from Second Quest and Braid’s fame? Is it one of those?

To Be Or Not To Be the video game is out at present, and you can choose between Hamlet, Ophelia and the father of Hamlet’s ghost, either by deciding to follow the plot or by going savagely derailed with pirates and time travel and all the other things Shakespeare was too boring to include.