Sales comparison between Switch and DS

This monthly series compares the aligned global sales of the Nintendo Switch and Nintendo DS.

The DS was launched in November 2004 in North America, December 2004 in Japan, and March 2005 in Europe, while the Nintendo Switch was launched worldwide in March 2017. Therefore, holiday seasons for two brackets don’t line up, that’s why there are big increases and decreases. 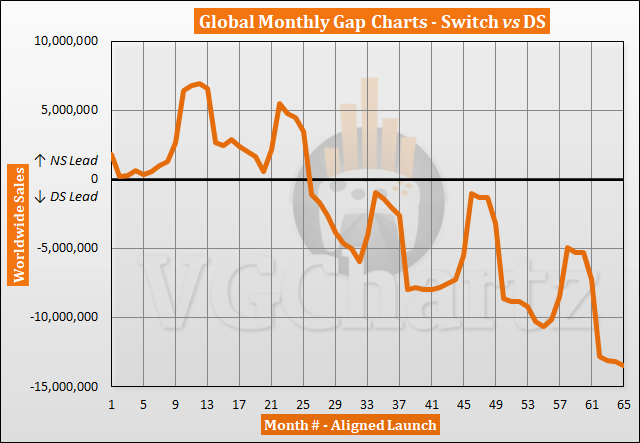 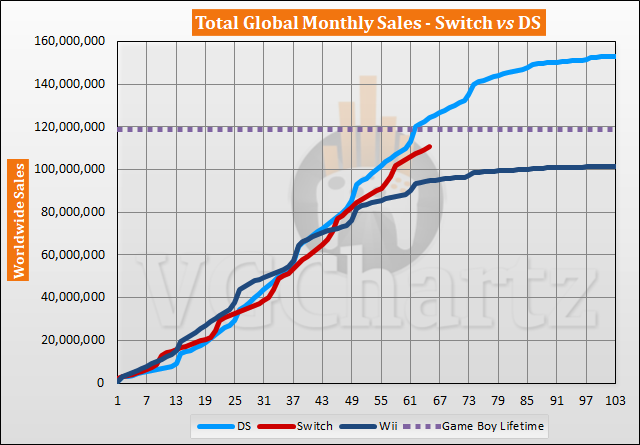 July 2022 is the 65th month that the Nintendo Switch is available. Over the past month, the gap has widened in favor of the DS by 285,168 units over the Switch over the same period.

A long-time and passionate player, William D’Angelo was first introduced to VGChartz in 2007. After years of supporting the site, he was hired in 2010 as a Junior Analyst, rising through the ranks to Senior Analyst in 2012 and taking over Estimates of hardware in 2017. He expanded his involvement in the gaming community by producing content himself Youtube channel and Twitch Channel. You can contact the author on Twitter @TrunksWD.