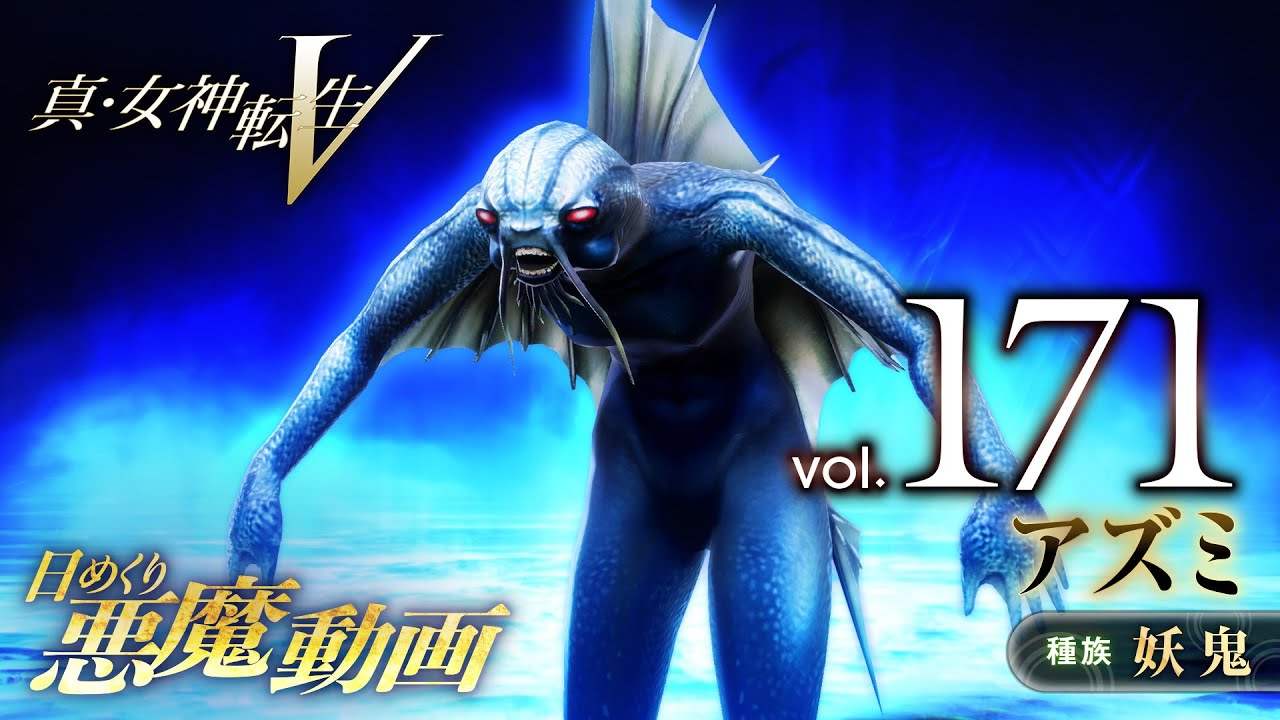 Atlus continues their series of trailers featuring the 200+ demons from their upcoming JRPG Shin Megami Tensei V one by one.

Atlus continues their series of trailers featuring the 200+ demons from their upcoming JRPG Shin Megami Tensei V one by one.

This time around we see Azumi’s gameplay, inspired by the water kami of Japan who made their series debut with Shin Megami Tensei in 1992.

You can see it in action below.

Shin Megami Tensei V will be released for Nintendo Switch on November 12, 2021. If you don’t know him, you can enjoy a brief official description below, hinting at the story.

“When a gruesome murder scene in today’s Tokyo prevents our protagonist from returning home, an unexpected detour leaves him buried and unconscious.

He wakes up in a new Tokyo, an apocalypse ravaged wasteland now called Da’at … but before bloodthirsty demons can tear his life away, a savior emerges, and they unite to become a mighty being. neither human nor demon: a Nahobino.

With new power, the protagonist ventures through Da’at, an enigmatic realm filled with mythical deities and demonic tyrants in constant conflict for their survival. In search of answers, the protagonist must forge their own path in a battle between light and dark to dictate the fate of the world.

If you want to see more, you can enjoy the previous two gameplay trailers, another trailer, other promotional videos, another recent trailer, two trailers showing characters and combat features, the story trailer, an earlier promo video, another trailer of a Nintendo Direct, the latest gameplay, previous screenshots, even more images and the latest gallery.

Crysis 2 & 3 Remastered received a Switch patch, here are all the details