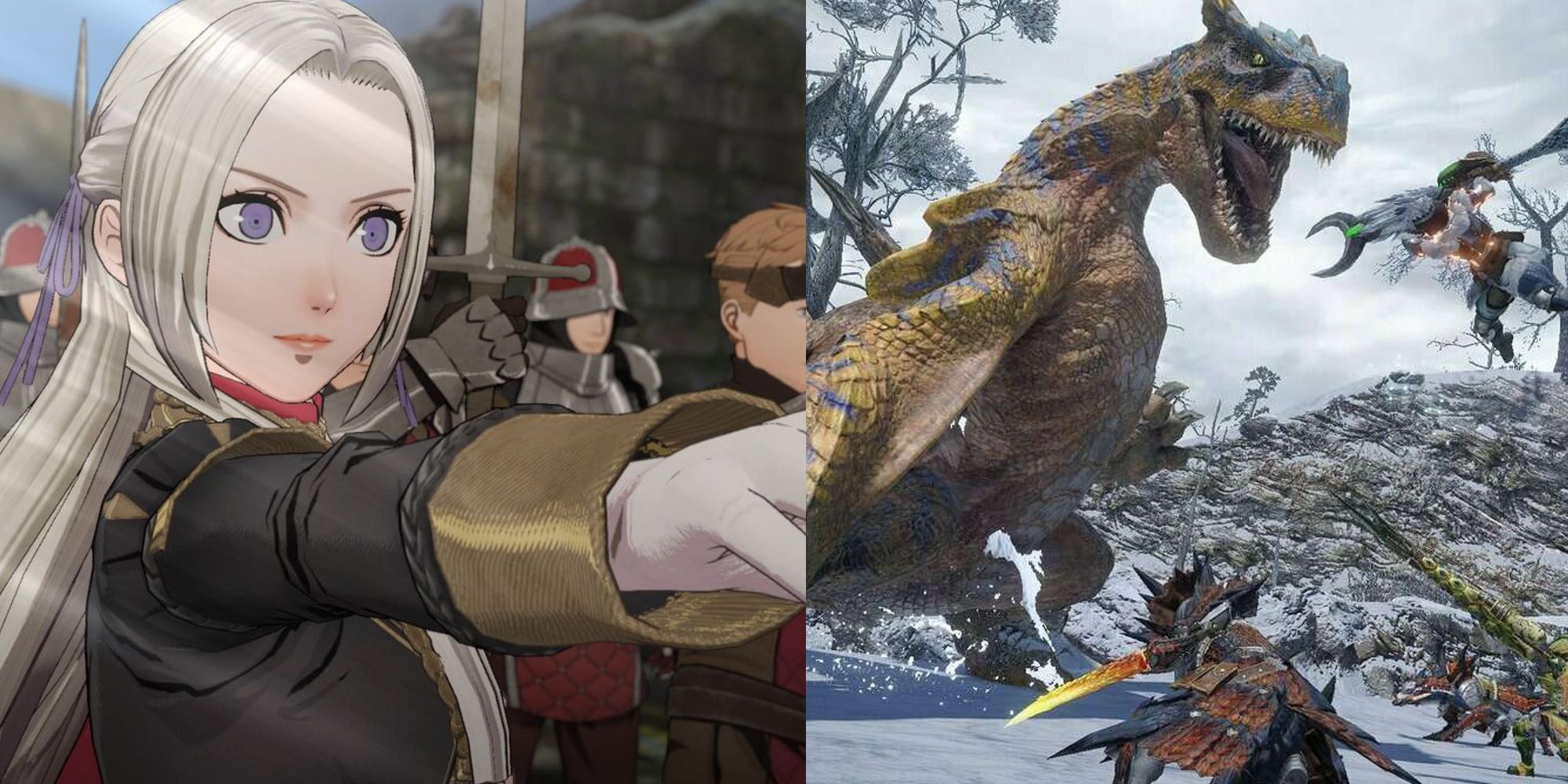 It’s no secret that video games are an integral part of Japanese culture. Not only that, but Japan is also home to many top game developers, such as Nintendo and Sony. As such, the Nintendo Switch as a console is home to many games and franchises that originated in Japan.

Of course, Japan shares many of the same tastes as Western audiences when it comes to popular games. Titles like Minecraft, fortnite, and Super Smash Bros. are just as popular overseas as they are in North America and Europe. However, gamers who are curious to expand their horizons might consider checking out these games that didn’t catch on in the West like they did in Japan.

This game was first released in 2011 for iOS and Android under the name Nyanko Daisensou, which translates to “Nyanko’s Great War”. Updated versions later debuted on mobile devices in 2014, Nintendo 3DS in 2016, and Nintendo Switch in 2021. It was briefly on English app stores in 2012 under the name The Fighting Cats before being deleted, keeping an exclusive franchise in Japan.

The Fighting Cats is a standard tower defense game, where players create a team of cats to fight hordes of enemies. The game contains the quintessential elements of a popular Japanese franchise: it’s addictive, it’s cute, and it’s weird. Hopefully it can be released on Switch outside of Japan, so Western gamers can see the charm of this game.

It’s rare to see a video game dominate the overseas sales charts without having an official Western release, but that seems to be the case with the latest installment of the Momotaro Dentetsu franchise. The game plays like a cross between mario party and Monopoly, with 1-4 players participating in a virtual board game that sees them buying properties and businesses.

Like Nyanko Daisensou, this game owns a lot of charm in its cute graphics and typical weirdness. Naturally, this game is a smash hit in Japan, likely due to the COVID-19 pandemic keeping everyone indoors. It’s simply the perfect game to sit down and play with the family.

the Taiko no Tatsujin The franchise has spanned multiple console generations, first appearing in Japanese arcades in 2001 before making its official console debut a year later on PlayStation 2. The latest installment, Taiko no Tatsujin: Drum ‘n’ Fun! is the first installment in the franchise to be released in North America since the PlayStation 2. The rhythm game franchise is notable for being played on simulated Taiko drums.

The latest episode was released in the West in November 2018 as a digital exclusive and features popular songs in Japan as well as popular anime and video game songs. Maybe if a future installment of the franchise featured more Western music, it could be a hit at the level of other rhythm games like just dance.

With the younger western generation preoccupied with games like fortnite and Minecraft, it’s no surprise that an educational puzzle game hasn’t caught on outside of Japan. The game consists of various activities and mini-games intended to test five different cognitive skills.

When the Yo-kai Watch franchise first released on Nintendo 3DS in 2013, critics predicted it would topple Pokemon as Japan’s favorite creature-collecting RPG. Although this did not necessarily happen, Yo-kai Watch remained a profitable franchise in Japan, spawning several new games, an anime series, and mountains of merchandise.

RELATED: Yo-Kai Watch 4 and Other Nintendo Switch Games That Are Still Stuck in Japan

The last episode, Yo-kai Watch 4, expands on many of the game concepts and mechanics of previous entries while maintaining the adorable action-RPG that fans love. Unfortunately, the franchise’s lack of popularity in the west means it’s unlikely Yo-kai Watch 4 will always be located.

The eleventh installment of the hugely popular dragon quest The series had enthused long-time fans when it was initially released on Nintendo 3DS and PlayStation 4. The games were notable for offering the option on the 3DS version to display the game in 16-bit graphics, reminiscent of early games from the franchise. Dragon Quest XI S is an improved version of this episode, which was released on Nintendo Switch in 2019.

Obviously, the dragon quest franchise has found its audience in the West. It even became popular enough that the franchise’s main protagonists were featured as DLC in Super Smash Bros Ultimate. However, it lacks the widespread popularity of some of Square Enix’s other titles, like Final Fantasy and Kingdom Hearts.

Speaking of franchises that have been featured in Super Smash Bros., fire emblem is a remarkable series that has seen many releases in the West, including Fire Emblem: Three Houses for Nintendo Switch. In this new installment, players take on the role of a teacher instructing soldiers in one of three ruling nations and then battle against each other.

fire emblem, a little like dragon quest, certainly has his popularity in the West, but that doesn’t compare to the adoration he has in Japan. This popularity is a huge contributing factor to Fire Emblem: Three Houses becoming the best-selling title in franchise history, but it still performs poorly compared to other Nintendo staples like mario and Pokemon.

3 Rise of the Monster Hunter

It seemed that until the release of monster hunter world on PC, PlayStation 4 and Xbox One, the monster hunter The franchise was destined to be an obscure Capcom title for Western audiences. Many titles, like Monster Hunter 4 and Monster Hunter XX, received limited or delayed releases in the west, if released at all. Since the franchise’s debut in Japan in 2004, it’s been a smash hit not only in terms of sales, but also in Japanese pop culture.

Fortunately, the latest installment in the series seems to be riding the popularity trend that accompanies monster hunter world. Rise of the Monster Hunter nonetheless remained one of the best-selling games on Switch in Japan, and will likely remain one of the most popular titles for the console across the region. Best of all: it’s the perfect entry for new players to see what it’s all about.

the Monster Hunter Stories franchise is a spin-off of the previously mentioned franchise monster hunter series, while swapping out the open-world monster battling for a turn-based RPG format. Similar to Pokemon Where Yo-kai Watch, this series finds players forming a team of monsters capable of battling other hunters.

If players have ever been eager to team up with your favorite monster hunter creatures, that would be the perfect game. The last installment takes after Rise of the Monster Hunter, introducing Palamutes and new “Monsties” to the monster world. This title can be perfect for monster hunter fans looking for a game that’s faster than the high-stakes action of the main series games.

the original Splatoon The game for Nintendo Wii U, as well as the new installment for Nintendo Switch, never seemed to catch on in the West the way Nintendo seemed to want it to. Nonetheless, the game has clung to Japanese pop culture, inspiring ranked tournaments and plenty of merchandise.

The game definitely has its fanbase in the West, but their experiences with the Splatoon the franchise limits them to online Splatfests and competitive play. In Japan, Splaton 2 has its own manga series, as well as its own concerts featuring the hugely popular Squid Sisters from the game. Possibly with the release of Splaton 3, the game will finally explode in the West.

Due to all the new video game releases and the potential for special events, February 2022 seems like one of the most important months of the year.

Blaise Santi is a recent graduate of NYU’s Tisch School of the Arts with a major in playwriting. He has experience writing not only for screen and stage, but also for sketch and late night. His hobbies include video games, movies, TV and comics since he was a kid. Blaise currently lives in New York.

The best game controllers ever made for Xbox, Nintendo and PlayStation