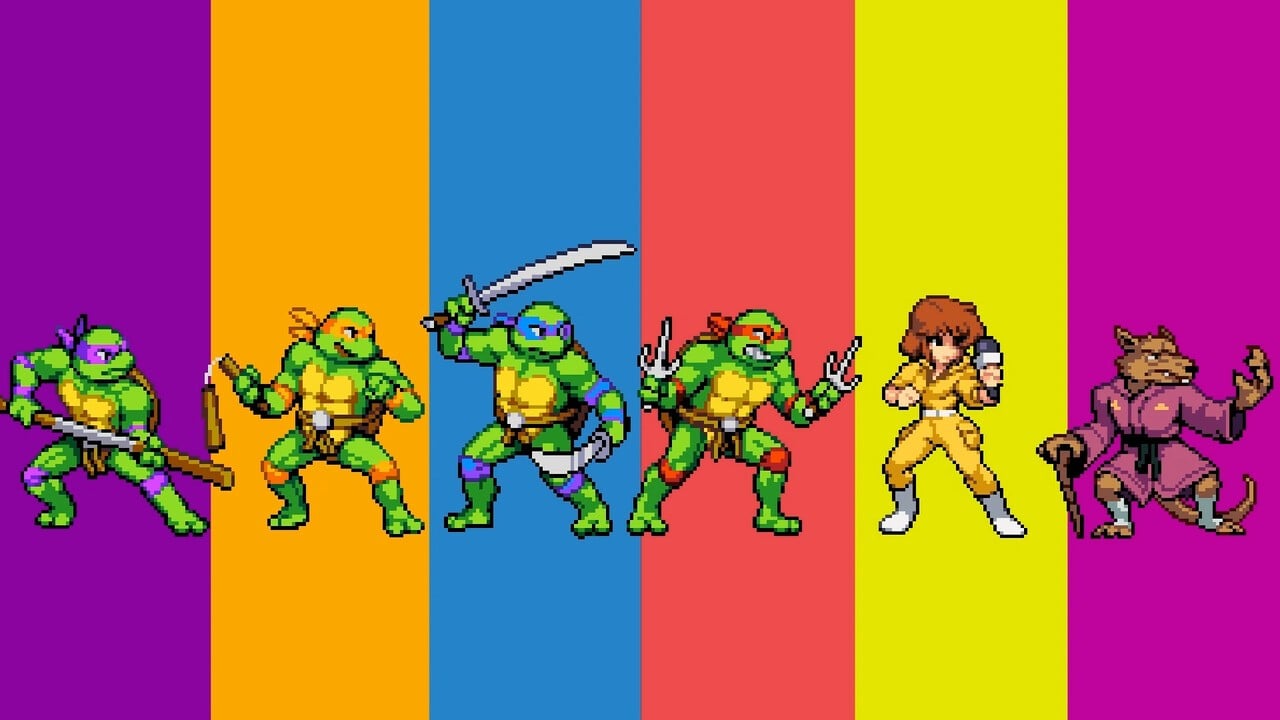 The date – which was leaked according to the story below – was confirmed at Summer Game Fest today. Casey Jones is now a confirmed playable character, and you’ll be able to play multiplayer (locally and online) with up to six players. That’s more than enough for a pizza night!

Teenage Mutant Ninja Turtles: Shredder’s Revenge will retail for $24.99 on the Switch eShop. You can check out the new Summer Game Fest trailer below.

All the host said on Twitter was that there will be “world premieres” and “new content” so it might just be new gameplay, but maybe we’ll have- Any news on a release date tonight? Maybe? We can hope.

Here’s a look at some of the games on stage today for #SummerGameFest which will feature world premieres and new content for fans.https://t.co/59xiIyWWmF pic.twitter.com/fZ37BwtGYm— Geoff Keighley (@geoffkeighley) June 9, 2022

original article [Thu 9th Jun, 2022 10:00 BST] Dotemu and Tribute Games’ Teenage Mutant Ninja Turtles: Shredders Revenge is slated for release this summer, and despite a few announcements of physical releases – including a stunning Classic and Radical Edition – we don’t have anything more concrete.

A Twitter user, @the_marmolade, spotted something that could betray when we can start kicking and eating pizza. The South Korean eShop Listing for Shredder’s Revenge lists the release date for the next beat ’em up as June 15. It’s in less than a week!

Teenage Mutant Ninja Turtles: Shredder’s Revenge will be released on June 15 and 16 via the Nintendo South Korea eshop. A Nintendo Direct is also rumored to air on the same possible shadow drop. pic.twitter.com/2AvdpbzQdW— La_Marmolade (@la_marmolade) June 9, 2022

This could be a mistake, but if not, it looks like our month of June is about to get a little more drastic. Rumors of a Direct are also circulating, but Nintendo hasn’t announced anything yet. The Summer Game Fest also officially kicks off tonight at 7:00 PM BST, so we might hear more about Shredder’s Revenge there.

Either way, 2022 is an exciting year to be a Turtle fan with this spiritual successor and the Cowabunga collection.

Let us know if you’re excited for Teenage Mutant Ninja Turtles: Shredder’s Revenge in the comments!