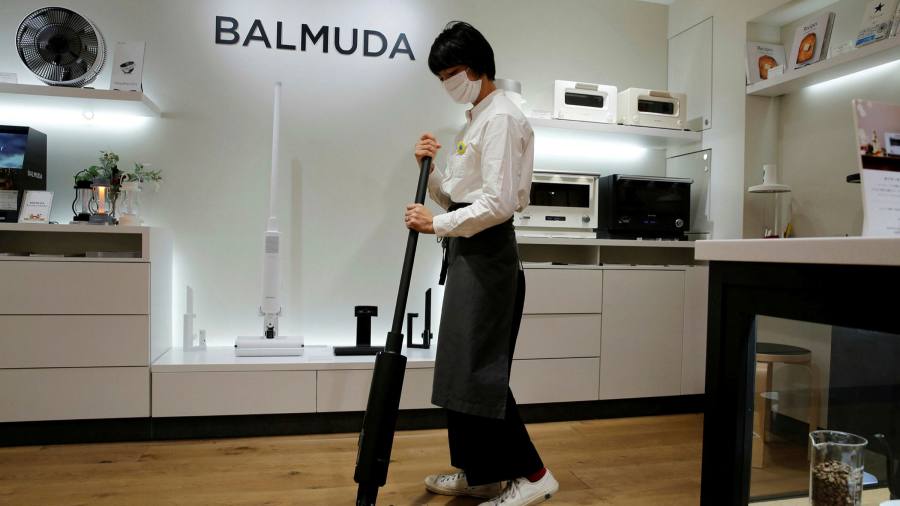 Whether it’s a small start-up, a giant conglomerate, or an investor whose interests overlap between technology and breakfast, the same murderous question eventually arises: a company that makes a famous fabulous toaster also have a chance to make mobile phones?

Versions of this riddle are staples of business school conferences. Tiffany & Co did well to add jewelry to its quirky stationery range; Berkshire Hathaway looked smart bolstering textiles with self-assurance. We revere these stories when they work and dismiss them as reckless when they fail.

Japan is a great generator of such stories: many of its greatest commercial successes (Toyota, Nintendo, Yamaha) involve timely shifts in focus (looms, playing cards and reed organs). But, like a gambling addict who hears the clink of dice, the country also seems to have a soft spot for toasters and telephones. “It must be possible for a company to do both on a globally competitive level,” the business leader’s voices mutter, “and as a nation we will repeat the experiment until the result changes.”

The principles of this faith become more revealing each time it is put to the test. Hitachi, Toshiba, Mitsubishi, Panasonic and Sharp have all, at some point, made toasters and mobiles simultaneously. All remain in the toaster game of sorts, but have been forced by a failure to withdraw completely or largely from the global handset market.

The latest to try to pull the sword from the stone is Balmuda, a design-focused Japanese company that listed its shares in Tokyo just over a year ago and came to market with a name built mostly on his truly glorious toaster oven. It also sells a cracking bunch of other minimalist home appliances and, by the way, “adults only” curry sauce. Toaster-mania means shares soared 88% on the first day of trading. The machine is beautiful, and its output well grilled. But Balmuda’s The Toaster, say those who paid $225 to join his army of cult fans, is no more a simple bread warmer than Balmuda’s The Pot is an electric kettle. These are examples of Japanese manufacturing perfectionism at its finest; a nod to the triumph of the marketing story.

And if there is one thing for which the founder of Balmuda, Gen Terao, excels, it is to build a narrative: around him (school dropout, former member of a rock band), his inspirations ( solitary wanderings in Spain, Steve Jobs) and the products themselves (trial and error, tears). Last May, the list was joined by a new thread that Terao had long dreamed of making a cellphone and would do so later in 2021.

The resulting device, designed by Balmuda and assembled for him by Japanese tech giant Kyocera, went on sale in November for 104,800 yen ($919). This time, however, pattern and pedigree were not enough. The phone was deemed too plasticky, its processor worse than the cost involved, and priced unduly higher than an iPhone 13 mini. Last week, sales of the phone were even put on hold while Balmuda fixed some software issues. The stock is now 64% off its peak.

Balmuda has now joined some of Japan’s biggest industrial names in learning that the problem is that phones are different from toasters in ways that are both obvious but also painful to grasp.

Both products can undoubtedly benefit from cutting-edge technology and design, but the phones primarily require a cutting-edge mindset. Balmuda’s misstep is to think that because it’s obviously great at design – and modern phones owe a lot to design – it can create, on the first try, a phone desirable enough to cost $919. Toshiba, Panasonic and others have separately discovered that being very good at technology is no guarantee of success in this particular area of ​​global consumer technology. Either way, the sticking point is the focus on the device rather than the platform it channels and the experiences it delivers. Sony and Nintendo, whose games consoles are now heavily designed around their platforms, remain globally competitive thanks to this awareness.

For a brief moment, in the years before the way we thought about phones was reconfigured, Japan understood all of this. NTT DoCoMo’s i-mode was the mobile Internet platform that carriers and handset makers around the world wanted to license or emulate. When the first iPhone appeared and everyone was fascinated by its remarkable design, touchscreen and functions, Japanese handset makers, steeped in the old parameters of consumer technology, turned their attention to it and allowed infinitely more important focus – on software and platform design – to slip. The more he then tried to build a brilliant toaster, the more he neglected the importance of bread.