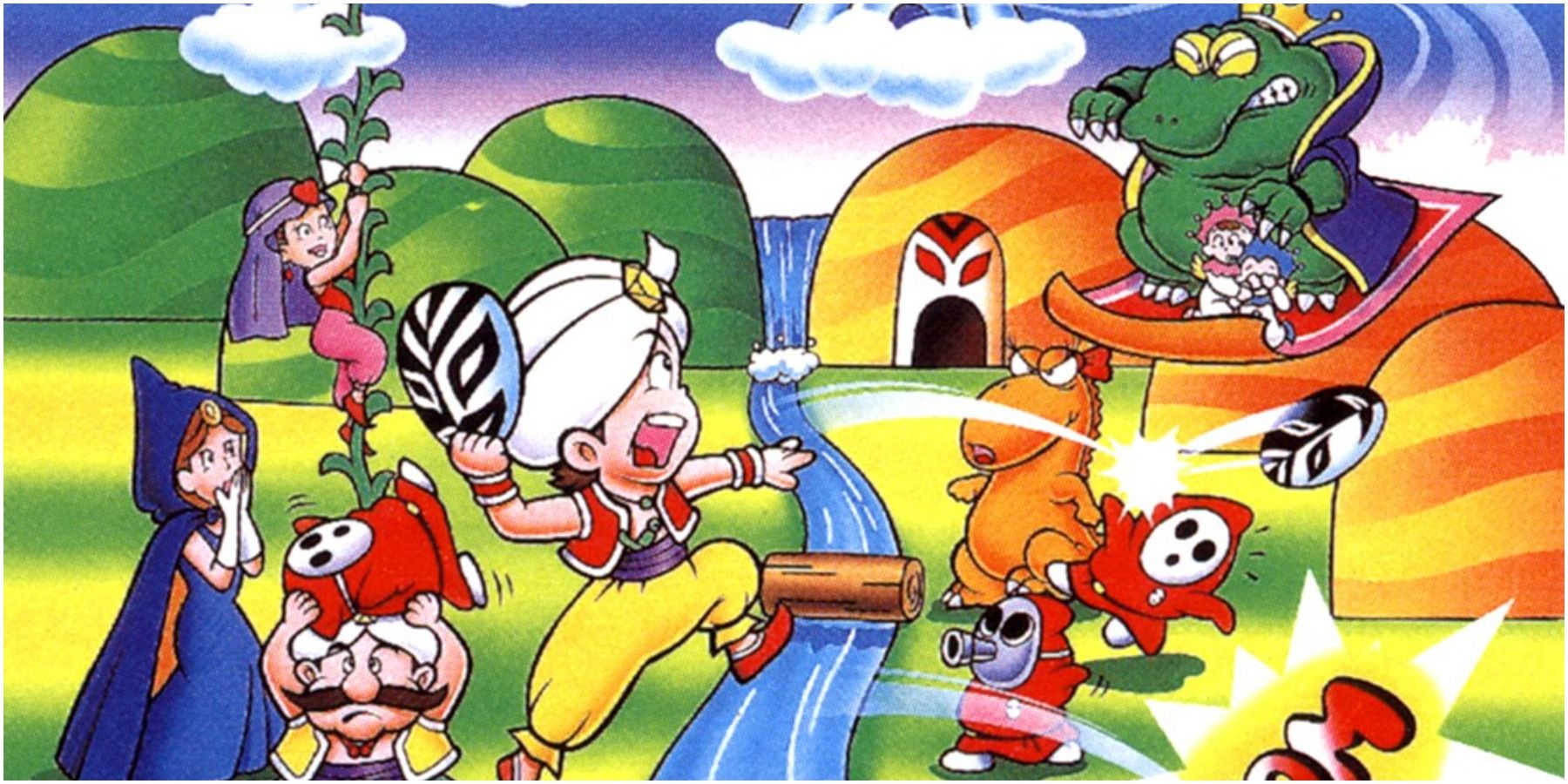 The iconic Shy Guys of mario franchise have been in a ton of games over the years. They’re up there with Goombas, Chain Chomps, Boos, and Koopa Troopas in terms of always being present in games. However, what makes Shy Guys special is that they originally didn’t appear in a mario Game. Instead, they were actually from a Japanese-only video game called doki doki panic.

doki doki panic was developed by Nintendo and released in 1987 for the Japan-exclusive Famicom Disk System. The game’s story involves a family being drawn into a storybook world where dreams determine the weather. The villain is called Mamu and uses what was originally a dream machine to bring nightmares. It was in this game that Shy Guys was introduced. The game was actually later released outside of Japan with a ton of changes and renamed super mario bros 2, which misled many international fans into believing that Shy Guys was a Mario product from the very beginning.

Many other changes have occurred in manufacturing doki doki panic in Super Mario Bros. 2, like renaming Mamu to Wart and turning hearts into mushrooms. The Shy Guys, however, were untouched and thus became a common villain the mario series despite originally belonging to an entirely different game. In the world of doki doki panicthey worked as Mamu’s henchmen and that didn’t change when Mamu became Wart.

doki doki panic actually stemmed from the partnership between Fuji TV and Nintendo. The four playable characters were all Arabic-themed and based on the same mascots for an event sponsored by Fuji TV and held in Tokyo and Osaka in 1987. The event was called Yume Koujou and featured broadcasts from television and new multimedia technologies. like an outdoor summer carnival. It was announced almost a year in advance. One of their biggest visual motifs was the masks, called “Imagina Masks”. They were based on Italian artistic styles and were worn by street performers and sold as merchandise for participants during Yume Koujou.

These masks are why the Shy Guys are designed the way they are. It’s just little people wearing masks, and it’s because of Yume Koujou and the connection doki doki panic has with Fuji TV. The Shy Guys were just one of many enemies who wore masks, but they are the ones who will remain iconic as part of the mario franchise. When doki doki panic changed into Super Mario Bros. 2there were also far fewer masks in the game.

As for why the masks were such a big part of Yume Koujou in the first place, it’s because the event was supposed to have a very international feel. While the Italian masks were great, they also made their mascot family Arabic, kept the event in Japan, and Fuji TV executives were inspired to create the event in 1984 when they traveled to Brazil and lived a carnival. Many international vibes have been mixed in to show how technology is globalizing the world.

doki doki panic was only released in Japan on the FamiCon Disk System.

Amouranth returns to Twitch after a 3-day ban