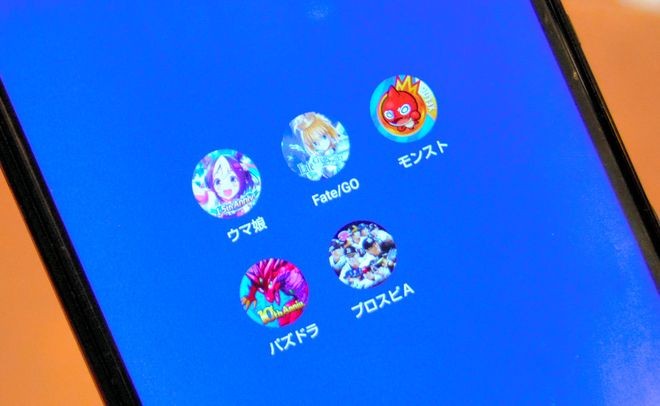 Thanks to the growing popularity of smartphone titles, the Japanese video game market is growing at lightning speed, although concerns are growing about addictions and excessive in-app payments.

Games available on smartphones generate a lot of hype because they can be played without specialized consoles.

However, the risks of video game addiction, combined with the so-called “gacha” system allowing users to buy in-app items by lottery, are becoming increasingly problematic.

According to the Famitsu 2022 video game white paper, released by publisher Kadokawa Group in August, the Japanese gaming market has grown from 977.6 billion yen in 2012 to 2,002 billion yen in 2021.

Although the figure fell by 0.8% compared to 2020, video games continue to benefit from strong sales due to stable demand among consumers who are staying home longer due to the COVID-19 pandemic. 19.

The size of the market is comparable to that of hair and beauty salons in Japan. The scale would be greater if relevant products, such as works of animation, musical pieces and goods featuring video game characters, were also included.

“Demand has increased dramatically in 2020 amid the novel coronavirus crisis,” said Mitsunobu Uwatoko, editor of the Famitsu video game whitepaper. “It was thought that sales might be down in 2021 from the excessive level, but the figure only deteriorated slightly.

“The population of video game players, which increased during the coronavirus outbreak, has apparently settled down.”

While the home console market was worth 570.5 billion yen in 2021, its smartphone counterpart reached 1.3 trillion yen, or two-thirds of the total. This means that sales have more than tripled compared to the previous decade.

Since these works are accessible everywhere only with smartphones, the market for easier-to-play smartphone video games surpassed that of home consoles in 2013. Today, children often play their first video games on their smartphones.

A leading smartphone title is known as “Puzzle & Dragons”, which was released by GungHo Online Entertainment Inc. in 2012. “Uma Musume Pretty Derby”, an application launched by Cygames Inc. to feature ” girls on horseback” named after racehorses, became a hit in 2021.

According to an estimate by US survey firm data.ai Inc., global spending on smartphone games increased by 35.2% in 2021 compared to 2019 before the coronavirus pandemic spread into 2020.

Now that an increasing number of people are demonstrating their video game prowess through esports events, it is expected that more consumers will join gaming circles in the future.

PAYMENTS ON APPS A DANGER

The growth of the smartphone video game market has negative aspects.

Entities such as communications carrier KDDI Corp. published the results of their study in October last year, showing that people played on smartphones for 3.64 hours during the holidays in August 2020, up 8% from December 2019 before the pandemic.

The percentage of individuals showing signs of video game disorder, including a growing sense of irritation when unable to play, increased 1.6 times to 6% in August 2020 before the crisis hit sanitary.

Another issue is the lottery mechanism called “gacha”, which literally refers to toy vending machines, as various materials are dispensed on game applications, such as toy capsules from these machines.

The system provides a major source of revenue for smartphone games and online titles. Players sometimes try to gacha multiple times for limited-edition characters and items, though a lucky draw costs them several hundred yen.

In most cases, children spend a lot of money playing video games.

Japan’s National Consumer Center said 3,723 complaints were received regarding payments made by elementary, junior and senior high school students aged 6 to 18 in fiscal year 2020. number has more than tripled compared to fiscal year 2016.

As the legal age of majority was lowered from 20 to 18 in April this year, younger people can currently get credit cards and take out loans without their parents’ permission.

Consumers will therefore have to fully understand the dangers associated with payments on smartphone games, while video game developers are being pushed to address the issue at the same time.

This figure is higher than the sales of the Famicom, marketed in 1983, of 19.35 million units in Japan. The OLED version of Nintendo Switch was launched last fall to display much more vivid images on a bigger screen.

A title called “Splatoon 3” was released on September 9. Its sales, including the downloadable edition, exceeded 3.45 million units, reportedly at the fastest pace ever within three days of the title’s release.

Nintendo and Sony branded products are sought after not only in Japan but all over the world. As the game industry is important to the Japanese economy, the Japanese government offers support to promising content companies.

However, a daunting challenge remains: the recent global shortage of semiconductors is having a significant impact on console production.

Despite its high level of popularity, the manufacturing of the model, released in November 2020, has not been accelerated dramatically due to a distribution backup and other causes.

The PlayStation 5 supply chain has gradually improved, with 100,000 units sold in July this year, but many retailers are still out of stock.

(This article was written by Yasuyuki Onaya, Yasuro Suzuki, and Yoshikatsu Nakajima.)