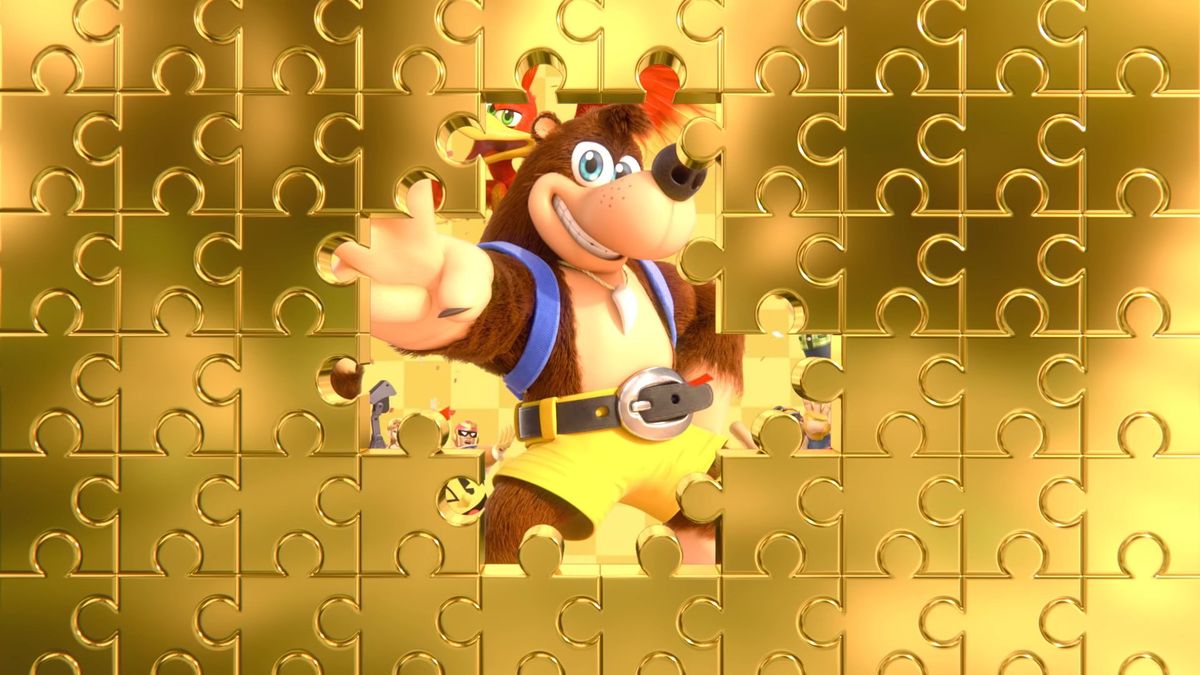 Happy 25th anniversary to Nintendo 64! Released on June 23, 1996 in Nintendo’s native Japan, it was the first console to properly embrace 3D games with analog stick control, paving the way for modern gaming as we know it today with Super Mario 64. and a multitude of classics.

The likes of The Legend of Zelda: Ocarina of Time and the original Super Smash Bros. advanced consoles.

But good luck in celebrating this quarter-century milestone on Nintendo’s current hardware, the Nintendo Switch.

In fact, if you want to play the best Nintendo 64 games, you’d better get an Xbox Series X than a Nintendo Switch. It might sound crazy, but it’s true.

At the heart of this bizarre reality is Microsoft’s deal with Rare.

Rare, the golden child of third-party Nintendo developers since the days of the original NES, was purchased by Microsoft for $ 375 million on September 24, 2002. Although Rare is best known today for the multiplayer star Xbox Sea of ​​Thieves, which just received an ambitious Pirates of the Caribbean crossover, the studio was the mastermind behind many huge N64 franchises, including Banjo Kazooie and Perfect Dark.

By acquiring Rare, Microsoft gained access to these famous franchises – not only the ability to make brand new games in these universes (see the upcoming Perfect Dark Xbox Series X title and the recent Battletoads game), but also to release old ones. This means that a number of remakes and remasters of many Rare games are now on Xbox, including all Banjo Kazooie, Perfect Dark, Killer Instinct Gold, Jet Force Gemini, Conker and Blast Corps games, among others. Rare also made Donkey Kong 64 and Diddy Kong Racing, but since these feature Nintendo licensed characters, Microsoft does not have them on their consoles.

In addition to Rare titles, many third-party N64 games have been remastered, repackaged, and re-released over the years. It’s mostly on PC, but due to the Xbox Series X’s close family legacy with PC gaming, many have made their way to console as well. This includes the Doom 64, Duke Nukem 3D, and Turok Dinosaur Hunter games.

And with Doom owners Bethesda now part of the Xbox Edition family, just like Rare, Doom 64 joins Banjo, Perfect Dark, Conker, and more on Xbox Game Pass. Not only that, but most of them have been remastered for Full HD screens, and some, like the Banjo series, even produce crisp 4K resolution – well above the current Nintendo Switch resolution (although a Nintendo Switch Pro can change that).

Yes, of course, proprietary Nintendo titles will still be missing from Microsoft’s console. Hell will freeze over before Ocarina of Time lands on Game Pass, as these mascot characters are Nintendo’s Eternal Cash Cow. But you could argue that Perfect Dark’s Banjo, Kazooie, and Joanna Dark were just as synonymous with the N64 as either Mario or Link.

For those with a little common sense who are not afraid of the law, you can even emulate all classic Nintendo games on an Xbox Series X, even Nintendo consoles beyond the N64. We don’t encourage it, and Nintendo certainly won’t either. But that’s the current state of affairs – Xbox is the best modern home console for Nintendo 64 games today.

Surprisingly enough, it’s a much less rosy picture on Nintendo Switch, Nintendo’s current high-end console. It’s almost like we’ve completely forgotten about the Nintendo 64, which will be a huge disappointment for many.

While the Nintendo Switch Online membership gets you access to a respectable amount of classic NES and Super Nintendo games, the console is almost entirely devoid of N64-era titles.

By our calculations, the only playable (and purchasable) N64 games on the Nintendo Switch are Doom 64, Duke Nukem 3D, the two Turok Dinosaur Hunter games, and Star Wars Episode 1: Racer. Surprisingly, you can’t even get Super Mario 64 anymore – Nintendo made it a limited time release as part of the Super Mario 3D All-Stars compilation which was withdrawn from sale on March 31, 2021, which means that you are probably not going to be able to find this in a second-hand purchase.

Considering Nintendo’s earlier commitment to release older games on Wii and Wii U, where a large number of NES, SNES, N64, and even GBA games were available for free, it’s downright ludicrous knowing that Nintendo is fully aware that everyone wants these securities, but keep them locked in their safe, until they are ready to be milked in the future.

With a big anniversary like the 25th anniversary of the N64 now here, you’d think now would be a perfect time to drop a cache of Nintendo 64 titles on the Nintendo Switch store, or even announce an N64 Mini. But that seems unlikely.

All we can currently hope for is that when the long-running Nintendo Switch Pro rumor hits the Nintendo Switch Online membership will be upgraded to include this treasure trove of Nintendo 64 titles. ‘today it is better to play N64 games on Xbox consoles.

The ‘Metroid’ Franchise Returns to Switch This Fall | fashions