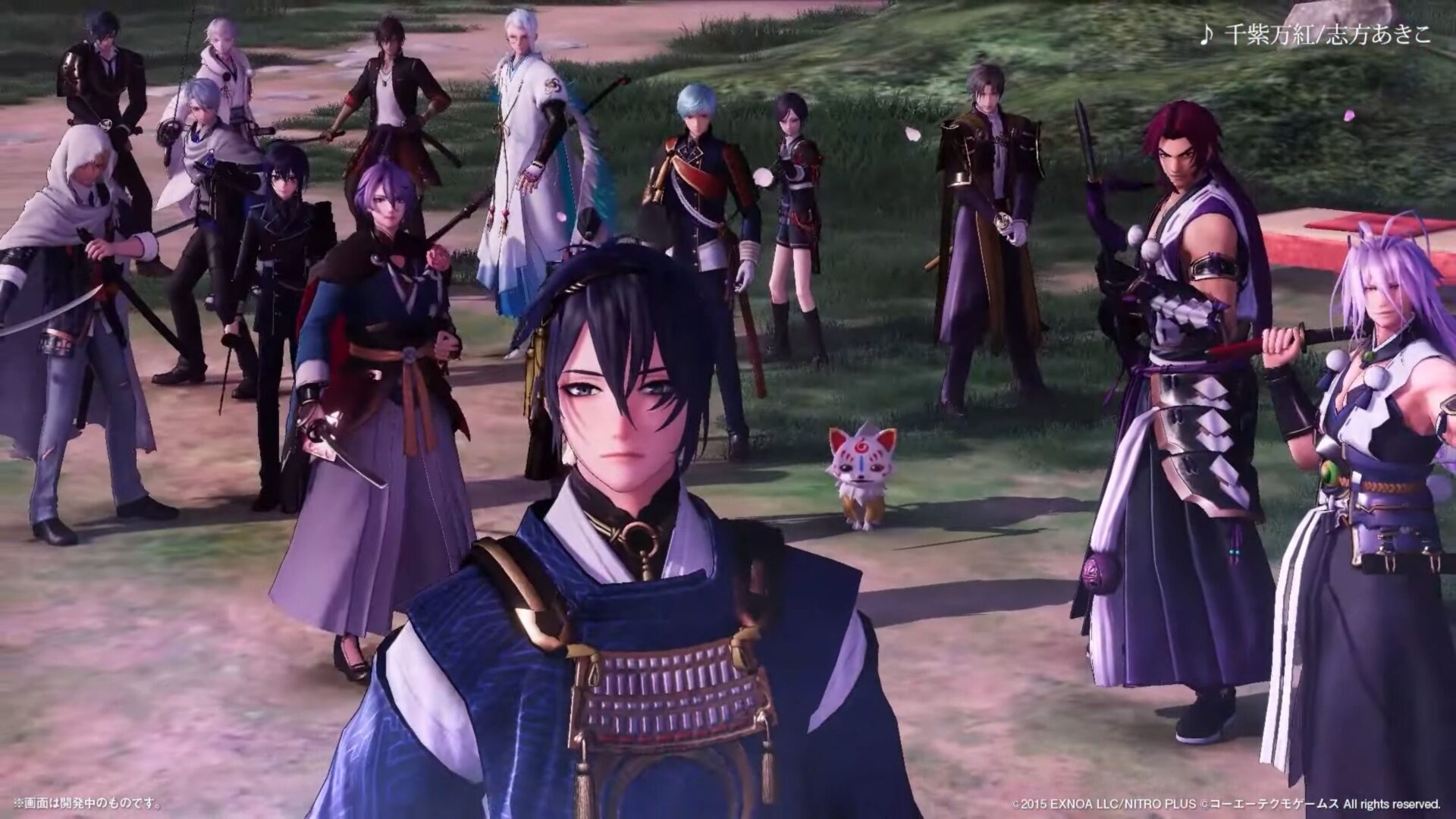 DMM and Koei Tecmo have released another trailer for their upcoming Musou Touken Ranbu Warriors game, showcasing gameplay and features.

DMM and Koei Tecmo have released another trailer for their upcoming Musou Touken Ranbu Warriors game.

This time around, we take a detailed look at the gameplay and features of the game, including easy and normal combat modes (the former lets you pretty much automate combos with the push of a single button), interaction with a buddy character in combat, relationships outside of combat, mini-games and photo mode.

Interestingly, when your boys get damaged in battle, so will their outfits, which is definitely a little interesting for fans.

“Touken Ranbu Warriors presents 15 characters from Touken Ranbu -ONLINE-, where famous swords take the form of warriors named Touken Danshi (swordsmen), and elite fighters have sworn to protect history. In Touken Ranbu Warriors, Touken Danshi members have sailed through time without their master – the Saniwa – to lead them, when they are suddenly attacked by the dreaded History Retrograde Army (HRA). After the initial conflict, the Touken Danshi are approached by the government era and sent on a mission to the war-torn Sengoku era where the revision of Japanese history is already underway. Can the heroes of Touken Danshi restore order while restoring the original timeline? The fierce but beautiful battles of Touken Danshi are finally a reality!

The game should feature the electrifying action musou fans expect from a WARRIORS title, including battles alongside partner characters and head-to-head duels against enemies! Touken Ranbu Warriors also includes the “Honmaru”, the main base of our heroes. Here you can freely place Touken Danshi members in order to get a glimpse into their daily life which can only be experienced in this game.

If you’re not familiar with the game, it was announced in August by DMM and it will arrive direct west via Koei Tecmo on May 24, 2022. Touken Ranbu is a popular franchise based on a PC browser game primarily aimed at to a ladies’ audience in which the player travels to the past and collects legendary swords represented by handsome young men.

The franchise has sparked several animated series, a live-action movie, and other media.

This new game is being developed by Omega Force, known for its work on Warriors games, and Ruby Party, Koei Tecmo’s otome game brand (Otome games are visual novels usually featuring harems of handsome men destined for a female audience, such as Touken Ranbu).

For now, the game seems to be arriving only for Switch in the West, the PC version in Japan uses DMM’s own client which is not available in North America and Europe.