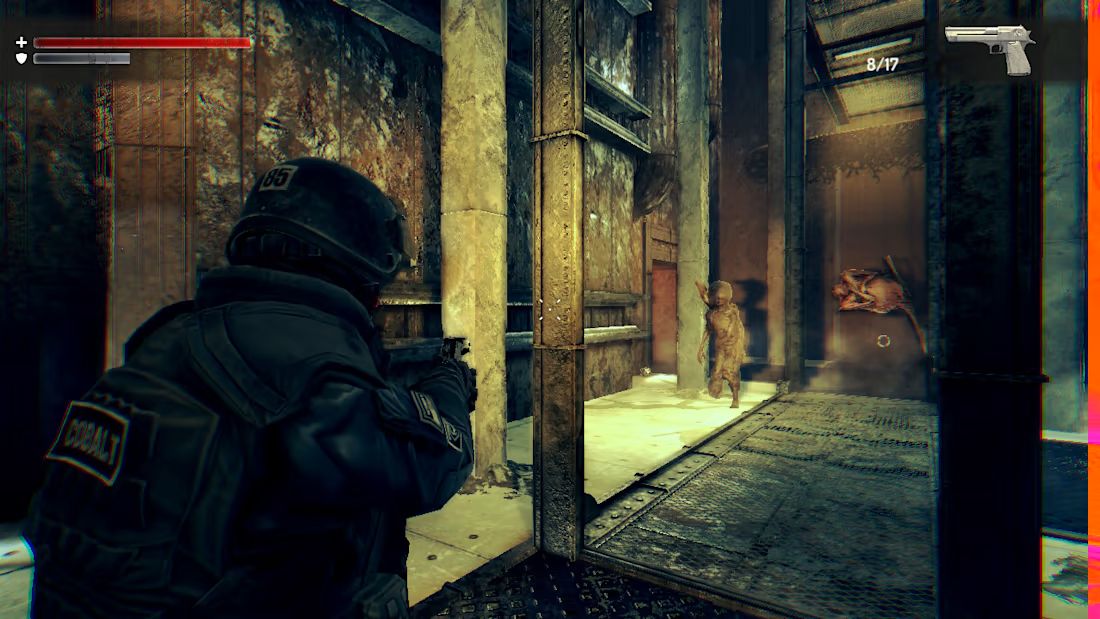 I didn’t go to Wall of Insanity expecting much. The developer’s previous Switch game, Mindcell, was a generic action game where you spent most of the time going through tunnels attacking things with the most random weapons imaginable. Going through screenshots, I assumed Wall of Insanity would fill a similar space, just with more of a horror theme.

Obviously, I didn’t expect to take advantage of it – and yet, I really did.

I mean, it’s not what you would call a great game. It feels a little cheap, the story doesn’t make much sense, and the controls can be a little frustrating, especially when trying to run and to shoot (which you will have to do quite often, as the monsters come at you quite quickly).

Even with those flaws, however, Wall of Insanity is a pretty fun horror shooter. First of all, it features some really scary enemies. There are little shrunken heads on spider legs that glide across the floor and can squeeze through even the tightest of spaces, there are mummy-like creatures that relentlessly advance on you, and there’s a lots of other monsters that have nightmares. They are deeply destabilizing.

They’re also quite fun to watch as they explode, which is part of why Wall of Insanity is so much fun. The game gives you a pretty decent selection of firepower, and while reloading takes a bit longer than necessary, it’s still very satisfying when you can start blasting.

How deep is the wall of madness? Not really. And I don’t think it’ll be on GOTY lists in eight months. But if you want a shooter that makes no pretense about what it is, you’ll want to check it out.

VenomizedArt provided us with a Wall of Insanity Switch code for review.

How to Evolve Lickitung in Pokemon Legends: Arceus