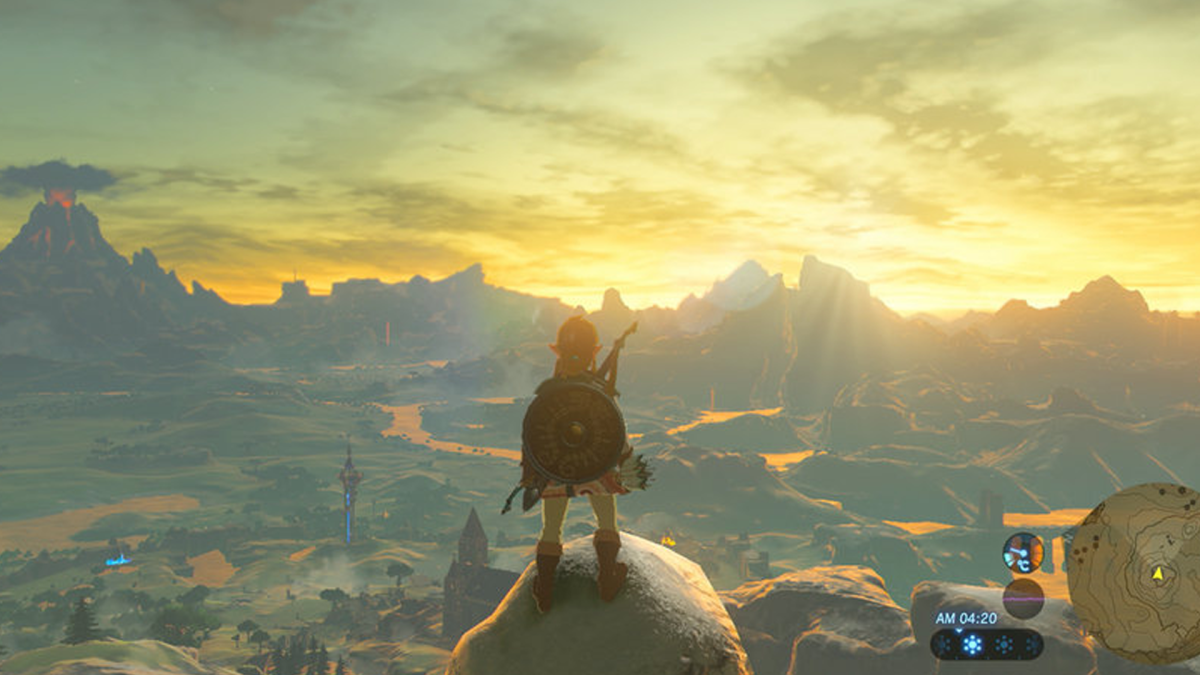 Zelda fans have been devastated by news of the delay for the highly anticipated game, The Legend of Zelda: Breath of the Wild 2. But if there’s anything to be disappointed about, some fans have pointed out that the delay could have a good side.

The sequel to the popular fantasy game was due out later this year
but the date was pushed back to spring 2023 earlier this week. The delay has caused an uproar within Nintendo’s gaming community, but some fans think it could mean we’re getting an all-new Switch console. If you still haven’t gotten your hands on a Switch yet, why not check out our round-up of the best Nintendo Switch deals and treat yourself?

During the Nintendo Direct event in July 2021, fans were treated to a first look at the upcoming Zelda game (seen above). The game’s clip ends with a minimalist “2022” to show that the game is set to release this year, so it’s no surprise that fans aren’t happy with the date change.

Fans have started to speculate that the game might be delayed because the launch might now line up with the rumored Switch 2/Pro release. There’s barely any evidence these consoles even exist (though here’s everything we know about the Switch Pro), so we think fans may be thinking nostalgically.

The community couldn’t stay mad at Nintendo if it finally releases the elusive Switch Pro, so let’s just hope it’s worth it. It would make a lot of sense for both at the same time, as Nintendo could show off the game on a powerful new console.

Gamers have flooded Twitter with their thoughts on the delay, and while the majority are, uh, a little angry, many are making great arguments about why we’ll have to wait. One user said, “Hot Take: Nintendo delayed Breath of the Wild 2 so it doesn’t have to compete with Elden Ring for GOTY,” and another said, “My theory: Pay attention to the BotW date 2, because that’s also when we get the next major iteration of the Switch” – we won’t hold our breath.

If you can’t wait until next year to play Breath of The Wild 2, then don’t worry – we’ve got plenty more games to sink your teeth into in our roundup of the best Nintendo Switch games. Or if you’d rather play something a little softer, then you’ll love the games on our list of the best comfy Switch games.