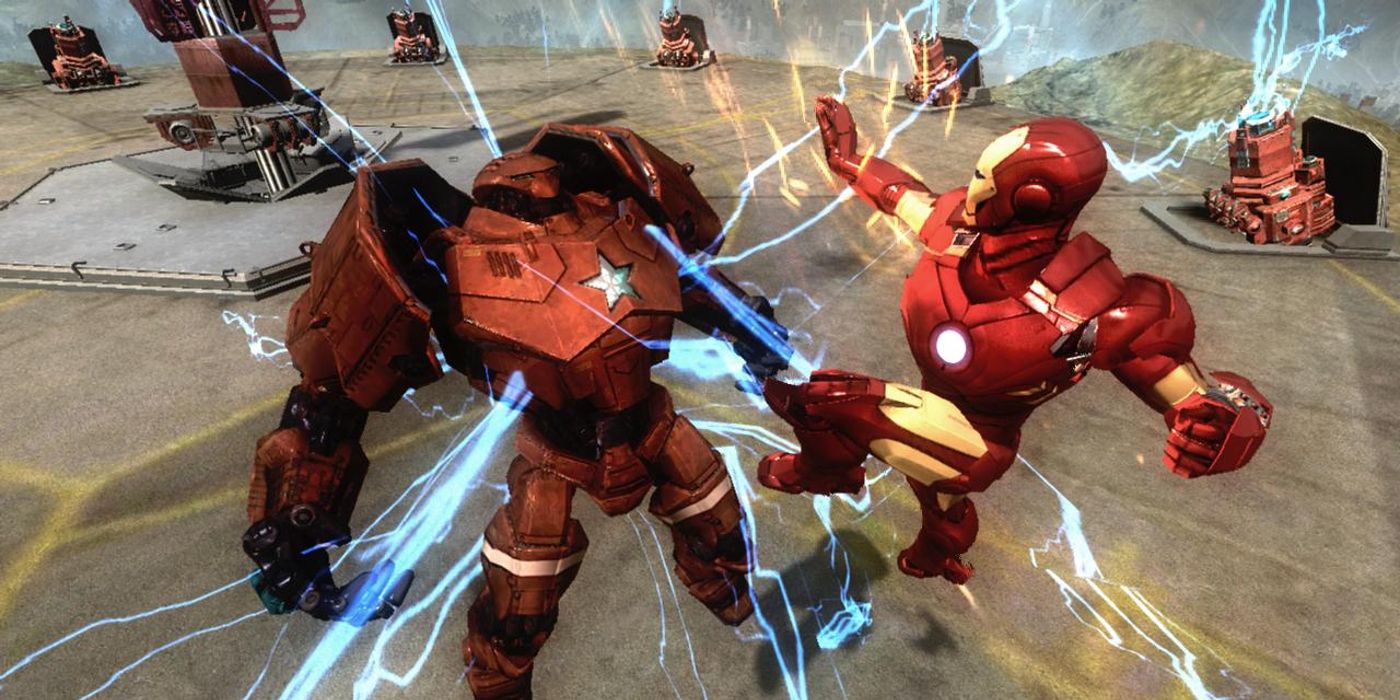 During the first days of the Marvel Cinematic Universe, Marvel had a partnership with SEGA to develop games based on MCU movies. All MCU Phase One Movies Except The Avengers, had tie-in games released on consoles to coincide with their premiere. Some of these games even had the talent of the movies involved in the development. For example, in the iron man 2 video game, Don Cheadle and Samuel L. Jackson have both returned to reprise their roles as Lt. Col. James Rhodes and Nick Fury, respectively.

However, starting with The AvengersMCU-related games were limited to mobile versions or MCU costumes in Marvel’s Avengers. There have also been other experiments in interactive media for the MCU, such as virtual reality experiences released alongside. Spider-Man: Homecoming and Spider-Man: Far From Home. The console experiments, however, ended with Captain America: Super Soldierbased on and published at the same time as Captain America: The First Avenger.

Ultimately, it was rushed development that ended production of home console games based on the MCU. These games were expected to be released on all major platforms, some of which, like the Nintendo DS, had very different development requirements. This rushed development with high expectations led to the end of MCU games. However, it also sparked the start of Marvel’s blockbuster video game franchises, like Insomniac creating its own PlayStation-exclusive Marvel Universe with Marvel’s Spiderman.

SEGA has made MCU games based on Iron Man, Thor, Hulk and Captain America

Video games based on Marvel Cinematic Universe films varied widely in quality and genre across platforms. The console versions of these games, for the most part, almost all had negative reviews of the five games tied to the film. These were usually simple beat-em-ups with base leveling and skill leveling systems. The stories, for the most part, adapted the films while adding a bit more.

Iron Man, the first MCU movie and the first MCU related game has arrived on seven platforms, including the PSP, Nintendo DS and Xbox 360. The game is quite simple, being a mixture of slow dogfights and ground combat . The game even features voice talents from the original Iron Man film, with Robert Downey Jr., Terrence Howard and Shaun Toub reprising their roles from the film. Although this game didn’t have much critical acclaim, Tony Stark got another shot at video games with the PSVR exclusive. Iron Man VRreleased in July 2020.

Related: The Iron Man Crossover Video Game No One Remembers

iron man 2 came two years after the first Iron Man video game, and released alongside the film. The game added War Machine as a playable character, which focused on ballistic attacks and was voiced by Don Cheadle. Unlike the movie, the iron man 2 game was considered a marginal improvement over the original. However, that wasn’t enough to save it from bad reviews, and especially not, when Batman: Arkham Asylum had shown that superhero games could be more than generic ties.

The Incredible Hulk Game Tried To Build On Ultimate Destruction

The video game adaptation of Thorentitled Thor: god of thunderwas the penultimate MCU-related game released. Thor: god of thunderThe story of mostly followed the story of the film with additional content at the end. The game even used Surtur as an endgame villain, years before he was introduced to the MCU in Thor: Ragnarok. thunder god is most notable, however, for its impressive sprites on the DS, coming courtesy of WayForward, at the time known for developing the Shantae much better than average series and licensed games.

Overall, over-ambition seems to be the biggest cause of the demise of Marvel Cinematic Universe games. Instead of focusing on creating a good experience on a small cross section of platforms, SEGA constantly outsourced MCU games to create experiences on every platform, resulting in rushed and difficult projects. who headed for store shelves. While not quite critical and commercial failures, the games never achieved success either and eventually reached a point where the investment was no longer worth it. This led the company to instead focus on smaller mobile experiences to promote games.

Marvel games now create their own unique worlds instead

Now, more than a decade after MCU-related console games ended, Marvel has found success with video games. marvel’s guardians of the galaxyThe strong humor and narrative endeared it to critics and audiences alike, and it had nothing to do with the MCU. The release of Marvel’s Spiderman in 2018 marked a shift in Marvel’s approach, with game studios being free to develop their own unique interpretations of the Marvel Universe without being tied to any particular interpretation – the MCU notably. This came in the wake of Rocksteady Batman: Arkham games, which saw the studio create its own unique take on the DC Universe to tell its own stories about the Dark Knight. That same formula has now resulted in Marvel’s success as well, and the trend is set to continue with Marvel’s Wolverines and projects in development at Amy Hennig’s Skydance New Media.

The Marvel Cinematic Universe related games are an interesting look into the past of Marvel video games. With how awesome and beloved some Marvel games are today, it’s hard to imagine a time when they consistently received mixed reviews and a trip to the trash can in a year. The attraction of Marvel Cinematic Universe will no doubt always be around, but Marvel shouldn’t look back in the wake of its recent titles.

Next: Marvel’s Spider-Man 3 Must Ignore The MCU’s Multiverse Trend

Parker Johnson is a game features writer for Screen Rant and a current student at the University of Iowa. He previously wrote for his hometown newspaper, The Gowrie News. He is usually writing, coding, racing or playing video games.