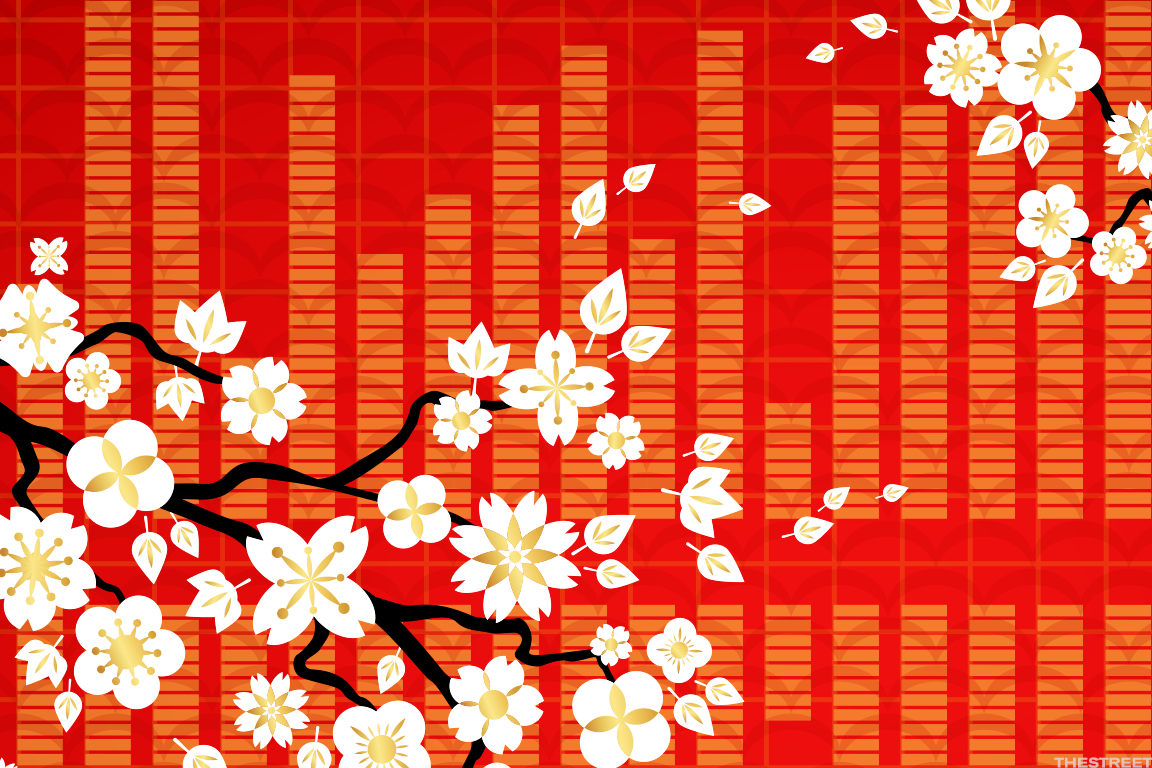 Why Exporters in Japan and Domestic Games in China Offer Protection

Chinese stocks are showing surprising strength both here on Friday and this month and, perversely, are acting as a safe haven in this week’s selling wave. A market labeled “uninvestable” in March by JP Morgan Chase has actually played a very strong defense since those analyst comments sent the Chinese market plummeting.

The CSI 300 of the biggest stocks in Shanghai and Shenzhen closed 1.4% higher on Friday, belying the selloff in most Asian markets. The continental index is up 5.3% so far in June. During this period, the S&P 500 lost 11.3% and the Nasdaq composite fell 11.9%. Shares of mainland Chinese companies have risen 13.9% since this year’s lows on April 26.

What’s going on? Essentially, things had gotten so bad for Chinese equities that they just about got better. Markets that had already sold off heavily in 2021 offer safer ground in the 2022 stock market quake, with policymakers now pledging support measures. And Asia’s two largest economies still enjoy central bank support.

In Hong Kong, the Hang Seng index closed with a 1.1% gain on Friday. Last year’s worst-performing major market lost just 1.6% in June and staged an 8.7% rally since its last decline on May 12. Hong Kong shares are up 14.4% from their 2022 lows in March, although you should have been quick to hit that bottom – the ‘uninvestable’ call prompted a short-lived selloff of three days.

The Bank of Japan (BOJ) left rates unchanged today at the end of its two-day meeting. Japanese stocks fell 1.7% on Friday in the form of the Topix broad index and lost 4.0% in June. But accommodative monetary policy should support corporate earnings. China and Japan both have inflation rates around 2%, which means there is little pressure to deliberately damage the economy in order to rein in price increases.

The Chinese government once again wants the private sector and the stock market to stabilize and then grow, and they are promising stimulus to achieve this. The People’s Bank of China also left rates unchanged earlier this week.

The Bank of Japan’s decision to hold today sent the yen rapidly south. It is trading at ¥134.39 against the US dollar at the time of this writing and hasn’t quite retested Monday’s lows when it broke through the ¥135 barrier for the first time since 1998. , weakening to ¥135.47 against the greenback. I went into more detail Monday on what the yen’s quarter-century low means.

The yen’s sudden strength mid-week, which saw it climb 2.7% to ¥131.46 on Thursday, was likely due to traders trying to hedge their positions in case the BOJ made a bearish move. Now that the “event risk” has passed, we are getting closer to ¥135 again.

We are warned not to fight the Fed. Does that mean we should side with allies in the form of the Chinese and Japanese central bankers and their dovish stances?

One thing is for sure, the weak yen is here to stay as long as the BOJ holds firm.

Currency weakness threatens household budgets, driving up High Street prices, so it has costs. Japan imports all its fuel and many goods, which will increase. “Mr. and Mrs. Watanabe” are already feeling the pinch.

The rise of the weaker yen…

But some companies take advantage of it. Reuters’ Rocky Swift notes that biopharmaceutical giant Takeda Pharmaceutical ((TAK) and T:4502), Japan’s largest drugmaker, forecast sales and profit based on an exchange rate of ¥119. Because it makes 80% of its sales abroad, it will have a “high single-digit percentage upside” from its forecast, said chief financial officer Costa Saroukos.

Video game hardware and software specialist Nintendo ((NTDOY) and T:7974) used a rate of ¥115 when it released its full-year forecast last month. It makes 77% of its sales outside of Japan, with the Americas accounting for about half of total sales. Even Europe brings in more money for the maker of the Switch and Mario Bros than its home country. Every ¥1 change from ¥115 results in a US$47 million increase in US sales, according to Nintendo, even if the underlying numbers are flat.

With a rate of ¥135, you’re talking about a US$940 million increase in Nintendo’s revenue, or almost US$1 billion, with no sign that the yen will strengthen from here. . Although the Switch has been the best-selling console every year since 2018 after its release in March 2017, Nintendo actually makes most of its money from software sales, games that play on the Switch. Online sales of overseas downloadable games go directly to the bank in Japan.

Toyota Motor ((TM) and T:7203) and Panasonic Holdings ((PCRFY) and T:6752) used the same rate of ¥115 as Nintendo. Camera maker Canon ((CAJ) and T:7751) went with ¥120 when making its forecast, and Sony ((SONY) and T:6758) was one of the outliers using an exchange rate of ¥123 to calculate its forecast. Canon Chairman Fujio Mitarai said moves in the yen could be “a very big plus” for the company. The main issues are that components become more expensive if shipped back to Japan, and it is also difficult to price when the currency moves quickly and in unpredictable patterns.

Investors looking to reclaim this advantage should focus on companies that derive the vast majority of their revenue outside of Japan. Consumer companies whose bulk of sales are in Japan are suffering. Beer brewers such as Asahi Group Holdings ((ASBRF) and T:2502) and Kirin Holdings ((KNBWY) and T:2503), which also sell a range of other foods and beverages, have been forced to increase prices for the first time in years. Higher prices for cans, and in particular fuel, for the production and costly beer trucking business caused Asahi to raise beer prices for the first time since 2008. The Lawson convenience store chain ((LWWLY ) and T:2651) also had to raise prices. , with his karaage snack of fried chicken nuggets on the rise for the first time in 36 years.

In contrast, domestic games look most promising in China. Friday’s gains were led by companies such as e-commerce platform JD.com (JD and HK:9618), which rose 6.1%. Grocery delivery app Meituan ((MPNGY) and HK:3690) gained 5.2%, the second-best performance on the Hang Seng Tech Index, while hotpot restaurant chain Haidilao ((HDALF) and Also performing strongly was HK:6862, up 4.3%, and China Resources Beer Brewery ((CRHKY) and HK:0291), up 3.4%.

Beijing’s rulers are not letting the Chinese yuan trade freely, so we shouldn’t expect moves as strong as we’ve seen with the yen. But Beijing would like to stimulate both production and consumption. This week’s production figures, which as I noted on Wednesday were exceptionally strong, showed retail sales are still down, down 6.7% in May, but this is a big improvement from the previous month’s 11.1% decline.

This is a far cry from the desperate position the private sector faced as the Chinese Communist Party embarked on a quest to rein in excessive wages, halt the “disorderly expansion of capital” and reform many of the for-profit sectors of socialist way. We can trace the start of this campaign to when Ant Group’s record initial public offering was withdrawn on November 3, 2020. We can trace its end to Vice Premier Liu He’s comments in March that Beijing ” would actively introduce favorable policies”. to the market,” right after the “no investment” call, and Premier Li Keqiang’s statement earlier this month that “development is the key to solving all problems in China.”

While any return to lockdowns would threaten retail sales improvements, it looks like they could soon turn positive in China. Coupled with the 3.5% decline in March, we have had three consecutive months of decline. Beijing leaders are determined to turn the tide, so we could soon see a repeat of the jump from January to February, when “revenge spending” pushed retail sales up 6.7%.

Foreign-facing companies in Japan and companies devoted to the domestic market in China will offer the best protection – and the best chance of profit – as Western markets continue to bleed red ink.

Receive an email alert each time I write an article for Real Money. Click “+Follow” next to my signature for this article.

The 10 best-selling video game consoles of all time